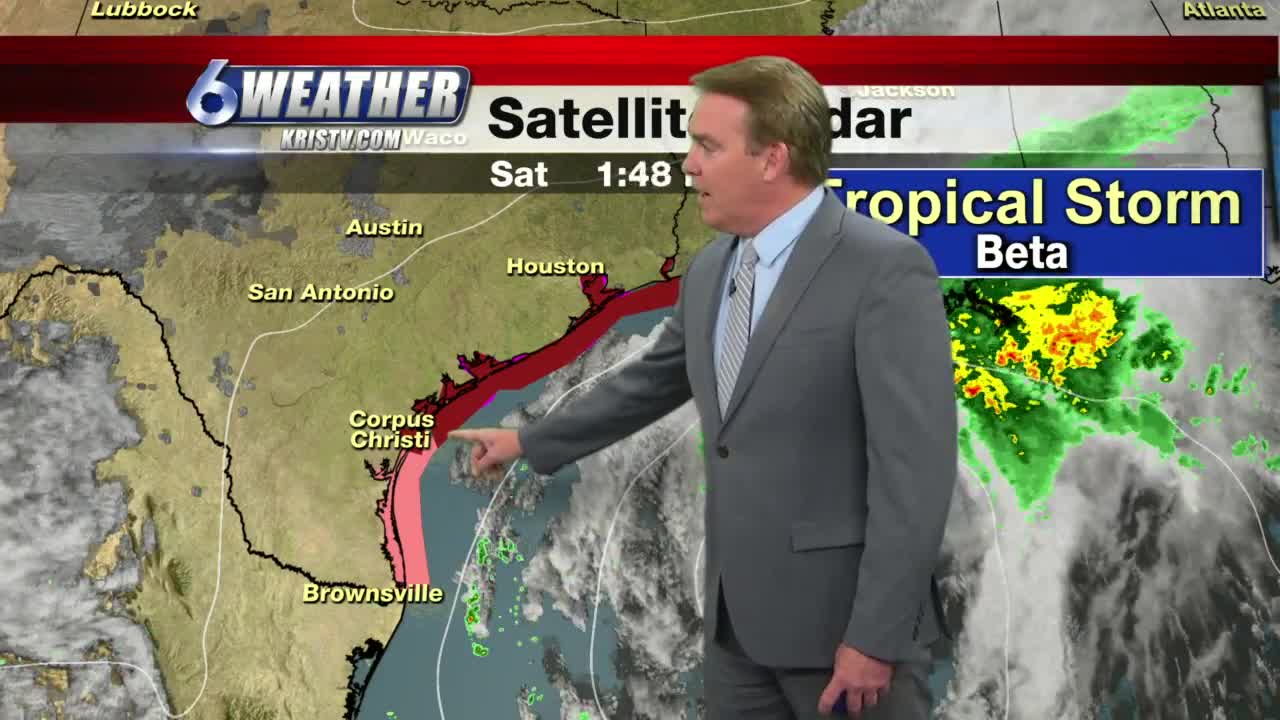 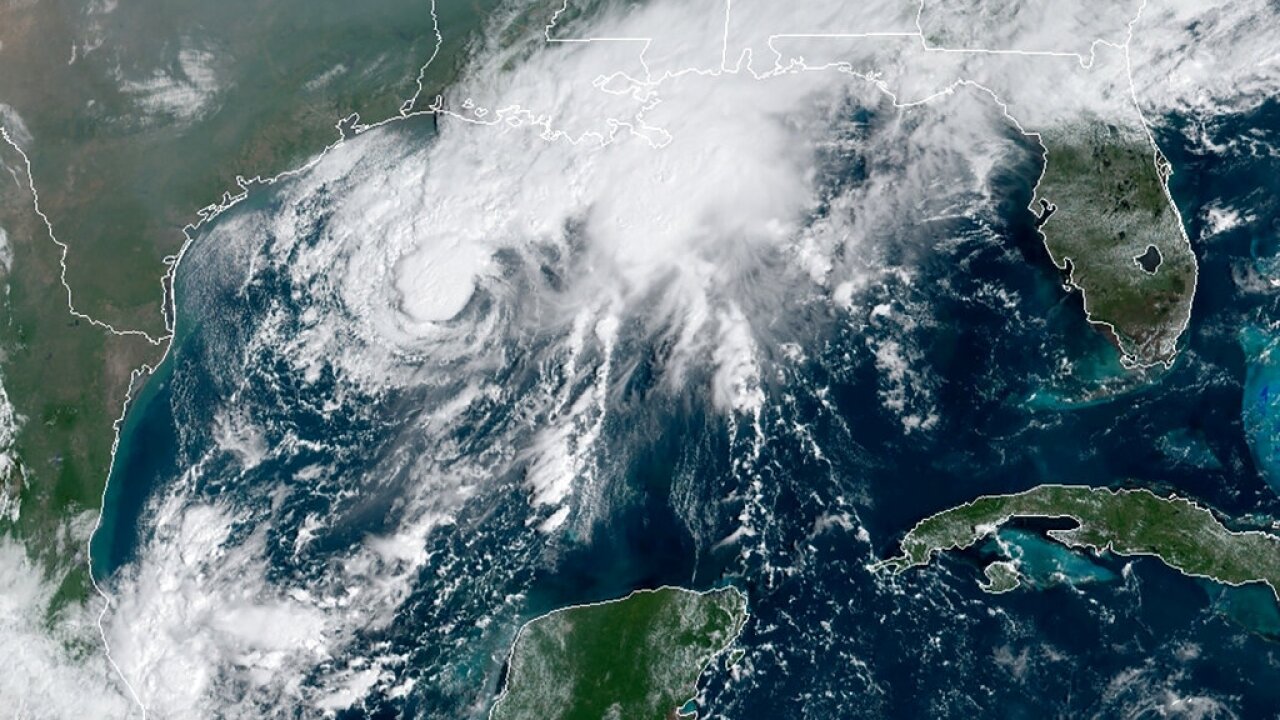 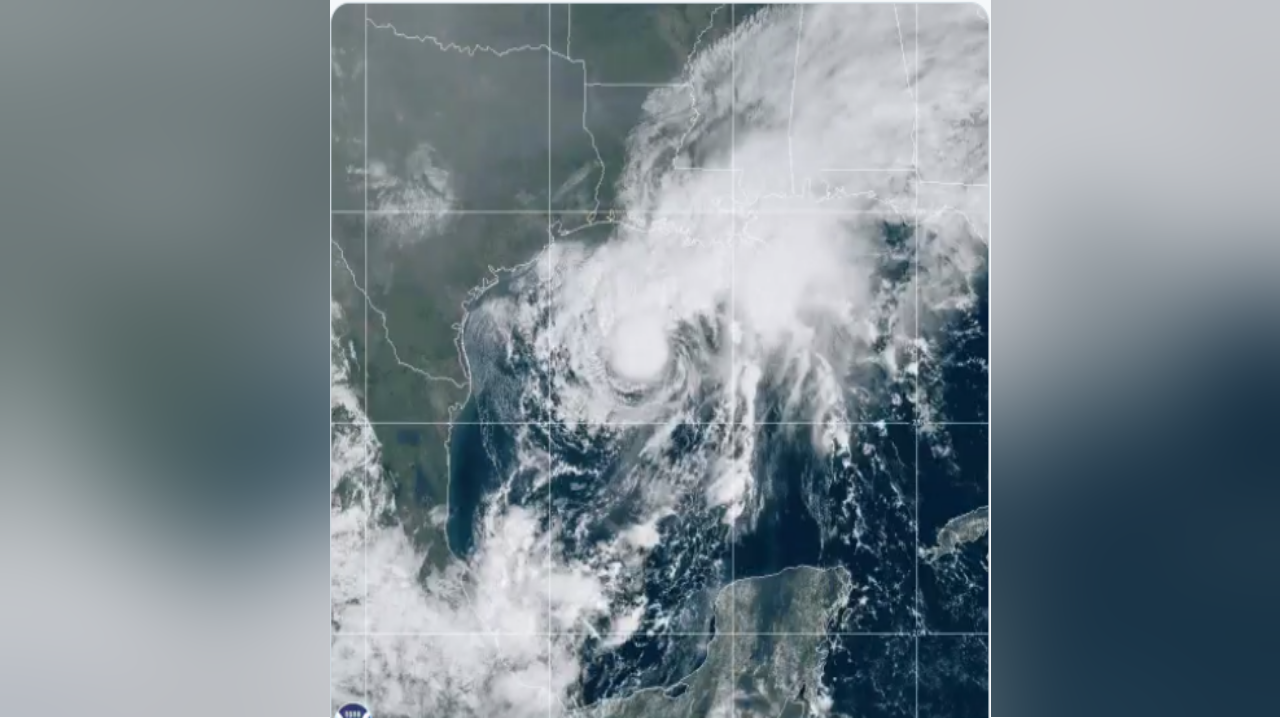 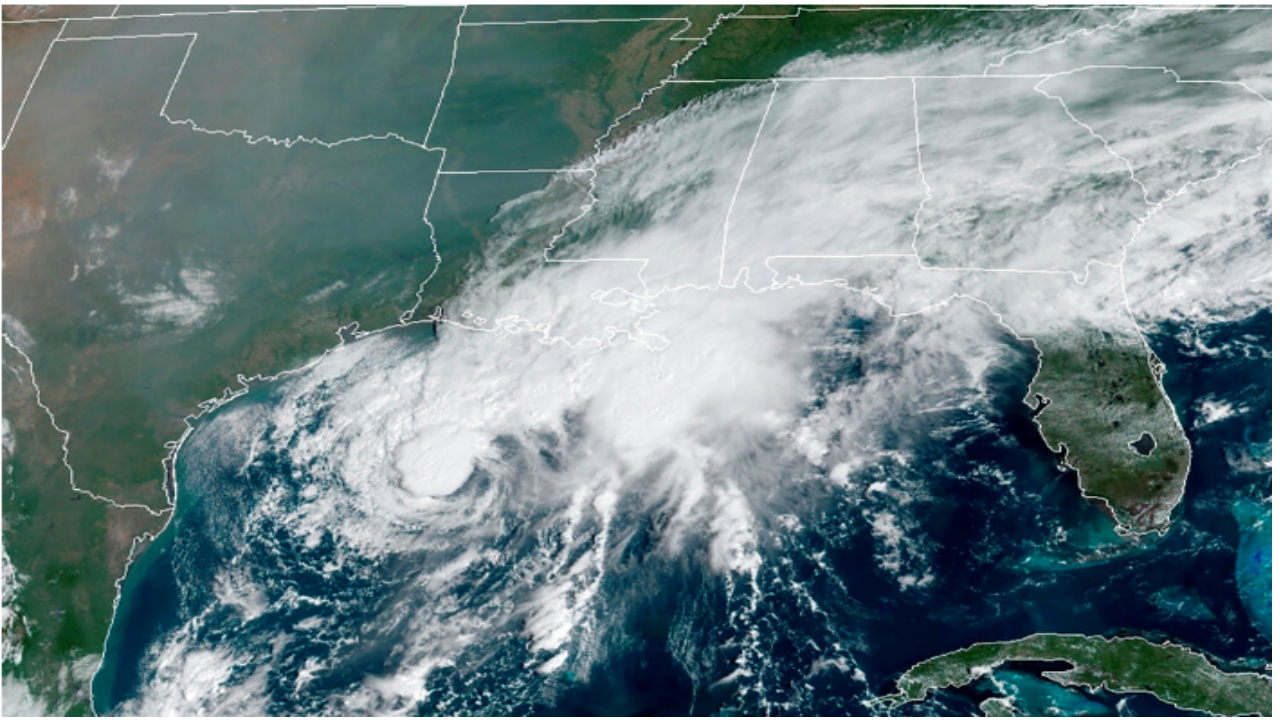 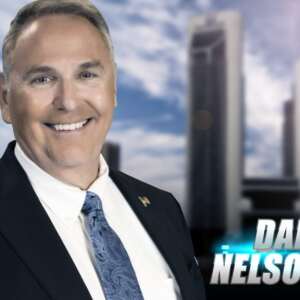 The city of Corpus Christi is reopening three beach access roads following the downgrading of Beta.

Visitors should use caution when driving on the beach as lanes still have have not been cleared of debris or graded.

The city also reports that the Whitecap Seawall will remain closed to vehicles.

The Corpus Christi Police Department reports that the Highway 181 southbound exit ramp at North Beach will be closed due to flooding sparked by Beta.

The police department also says that the Highway 181 access road southbound will be a two-way road until the flooding subsides.

Due to flooding Hwy 181 SB exit ramp at North Beach will be closed. Hwy 181 access road SB will be a two way road until the flooding subsides.

The Austwell-Tivoli ISD school campus will be closed again on Tuesday because of Beta.

Eric Cortez, principal of the Austwell-Tivoli schools, says the campus for the schools will be closed. But remote instruction for students will continue to take place.

Tropical Storm Beta continues to slowly progress to the west-northwest across the Western Gulf of Mexico.

The center of the storm is now expected to make landfall along the Middle to Upper Texas Coast Monday afternoon.

Beta is expected to remain near its current intensity, then weaken once it moves inland.

Tropical storm force winds are likely to begin along the Middle to Upper Texas Coast later this evening and persist through Tuesday afternoon.

After landfall, Beta is expected to move slowly northeast along the coast and reach southwest Louisiana by Wednesday night.

Due to the slow motion of the storm, the primary hazards remain heavy rainfall, large and dangerous swells and significant coastal flooding.

Impacts of this storm include tropical-storm force winds along the Middle Texas Coast later this evening.

Rainfall amounts will be highest along and to the right of the center of the storm:

Flash flooding will be possible within areas that receive the heaviest rainfall.
Due to current conditions and likelihood of coastal flooding, vehicular access to all beaches in Nueces County is restricted. Potential for severe rip currents is high along with large debris not easily detected in the surf zone.

4:10 p.m. - Although the storm forecast for the Corpus Christi area from Beta has improved, the city is continuing to restrict vehicle access to Gulf beaches due to seasonal high tides combined with Beta storm surges.

Beach Access Roads 2, 3, 3A, Newport, Zahn and Whitecap remain closed until 8 a.m. Wednesday. If conditions improve access roads will be reopened. If the water has not receded, the restriction may be extended.

Bay beach conditions show inundation at North Beach forcing the closure of the southbound lane of Timon Boulevard at Burleson Street and the east causeway turnaround to the west causeway turn around due to storm surge.

If you are not a resident of this area, police request motorists avoid the area.

The extreme tidal influence has also forced the closure of Laguna Shores Road from Glenoak Drive to Caribbean Drive.

3 p.m. - Austwell-Tivoli ISD schools will be closed Monday because of the approach of Beta to the Texas Gulf Coast.

District officials say they will work with county officials to monitor the storm on Monday before making a determination whether the schools will be closed for a second day.

2:30 p.m. - Beta's current location is about 213 miles away from Port Aransas, according to the latest report from the National Weather Service.

It continues moving slowly with a current pace of west northwesterly at about 5 mph. It is expected to make landfall along the Texas Coast by Monday night.

It currently remains classified as a tropical storm as it's packing sustained winds of 60 mph.

Beta remains a tropical storm with 60 mph sustained winds. And it continues moving WNW at approximately 5 mph. Beta is expected to make landfall along the Texas Coast by Monday night. #stxwx #txwx pic.twitter.com/YuUGzPEoDR

In barely two hours on Saturday, nearly 7,000 free sandbags were distributed to local residents to protect property in preparation for Tropical Storm Beta.

Residents could choose from two pick-up locations including the J.C. Elliott Transfer Station and Bill Witt Park. Residents received a maximum of 10 sandbags per vehicle.

As part of the city’s storm preparation, Public Works crews filled thousands of sandbags for free distribution. Some of the sandbags were kept in storage, left over from Tropical Storm Marco after it moved away from the city.

Aransas County ISD schools will be canceled on Monday.

"Because of the high chance of rain and possible wind, it is in the best interest of all ACISD staff and students that we cancel school for Monday, September 21," the post read. "There will be no virtual instruction provided for Monday in the event that accessibility to the internet is unpredictable.

Additionally, the district announced that campus staff and students will not return to buildings on Tuesday, September 22.

Meteorologist Tom Harris is here with all of the answers to your Beta-related questions.

Check out this tweet from the National Weather Service that shows the flooding at Virginia's on the Bay in Port Aransas.

Remember that Port Aransas is more than 300 miles away from where Beta currently is.

Here’s another example of coastal flooding from #Beta. This is the parking lot at Virginia’s on the Bay in Port Aransas. Keep in mind that Beta is over 300 miles away from Port A. #txwx #stxwx pic.twitter.com/NLyMsvtzdJ

Here's a special edition of the KRIS 6 News at 6 for Saturday night with extended weather coverage from Chief Meteorologist Dale Nelson.

The risk of rip currents will be increasing throughout the weekend.

The city is avoiding all to avoid swimming near the jetties and piers as the threat of Beta continues for our area.

How about this neat view of Tropical Storm Beat from earlier today.

The National Weather Service reprots that impacts from Beta already can be seen on the Texas coast.

Impacts from #Beta can already be seen along the Texas coast.

Here's the view from Whitecap Beach. Water is already reaching the dunes and cutting off the beach access roads. Conditions will continue to deteriorate along the coast over the next couple days. pic.twitter.com/ZCWvJlYvCT

The National Weather Service says that dangerous surf conditions will continue along Coastal Bend beaches throughout the weekend.

Remember, there's a high risk of rip currents. So if possible, please stay out of the waters!

A storm surge watch also is in effect. Water has already started reaching the dunes on Coastal Bend beaches.

Please be safe out there.

Dangerous surf conditions will continue along our beaches through the weekend.
- There's a HIGH Risk of Rip Currents. If possible, stay out of the waters!
- A Storm Surge Watch is also in effect. Water has already started reaching the dunes.

Be safe out there! #Beta pic.twitter.com/4i0DDFp70m

We're gearing up for the arrival of Tropical Storm Beta to the Gulf Coast.

Here is the latest information that we know about the storm.

Tropical Storm Beta currently is spinning in center of the Gulf of Mexico. It's producing heavy rains across parts of Louisiana. There is uncertainty in its path and we must watch its approach closely.

A Hurricane Watch currently is in place from Port Aransas north up the Texas coast to the Galveston area. That means a hurricane could be possible over the next 48 hours.

Beta currently is packing winds of 60 mph. It's a slow mover - currently west at 2 mph - and that will allow the storm to strengthen over the next 24 hours.

Beta could strengthen to a Category 1 Hurricane with winds of 75 mph by late Sunday night into early Monday. It appears the storm will make landfall about 7 a.m. Tuesday in the Palacios area. It is then expected to take a north turn and veer up the Texas coast.

Either way, the storm has been difficult to track and we'll keep you updated on it throughout the weekend.

A storm surge watch is in effect. That means water 2 to 4 feet above ground possible for low lying areas along the coast.

There are concerns about flooding rains, but that looks like it will be north and east of us.

And the most important reminder is to remember that preparedness plans area always a good idea.