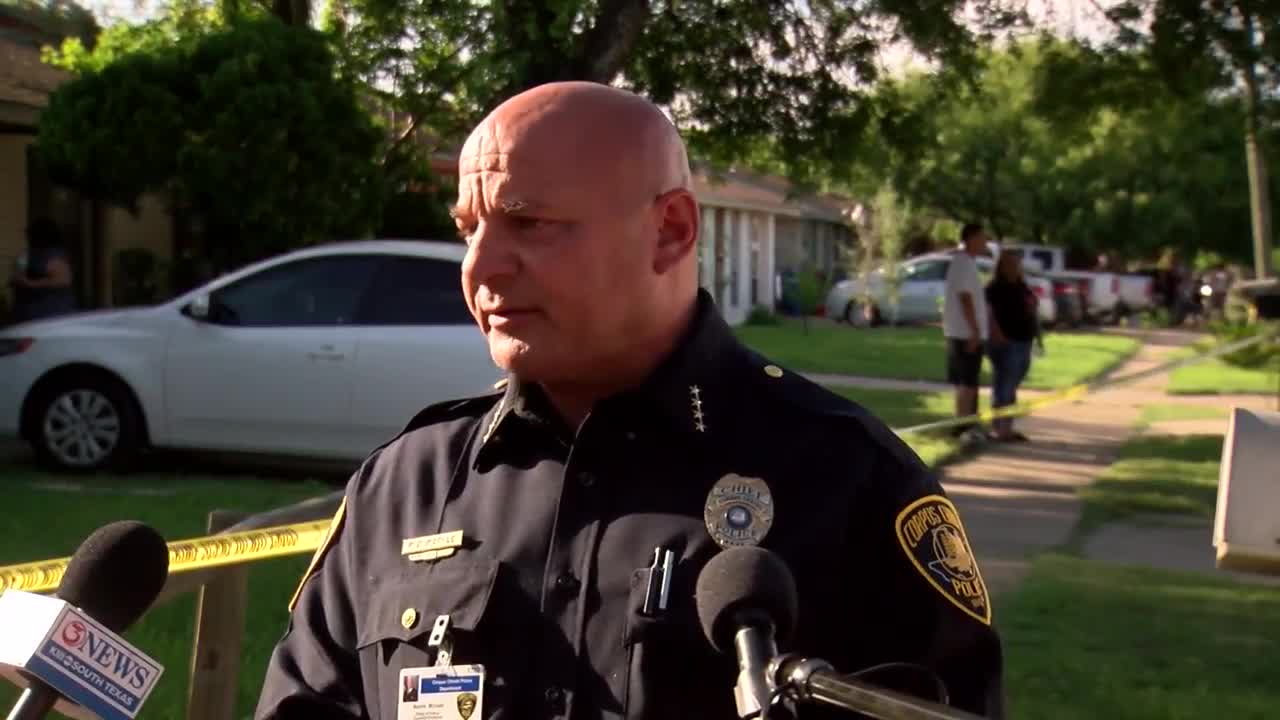 CORPUS CHRISTI, Texas — Not only did Joseph Rivera hear about an officer-involved shooting in his neighborhood, he got a first-hand look at its aftermath.

“We saw the young gentleman (who police shot)," Rivera said. "(First responders) pulled him out (of the house) and put him on the stretcher. We got to see the gunshot (wound) to the stomach. He was already probably dead."

The shooting happened after two police detectives and at least one patrol officer went to a home in the 2000 block of Rockford Drive around 5 p.m as part of their investigation into a murder case.

They were trying to interview a person of interest in the case when they say that man, described as Hispanic and in his mid-20s, pulled out gun and started firing. They say only at that point did they fire back, hitting him. According to Markle officers shot a limited amount of rounds.

"Only after the officers started losing control of the suspect firing rounds did they fire back at the suspect," Corpus Christi Police Chief Michael Markle said. "This national narrative (that is) making our officers hesitant to protect their own lives -- because they don’t want to be drug through the media -- is problematic."

Markle likely was referring to protests and riots nationwide in response to the death of George Floyd while in the custody of Minneapolis, Minn., Police.

Markle responded to a question asking if he thought Wednesday's officer-involved shooting might spark such activities here by describing Corpus Christi as a "great community," and asking everyone to remain calm.

For Rivera, the timing of the shooting couldn't be worse.

"It’s not good for anybody,” he said. "Especially at this time with everything that’s going on. Especially with cops.”