Billboard in the works telling Kaelin to resign 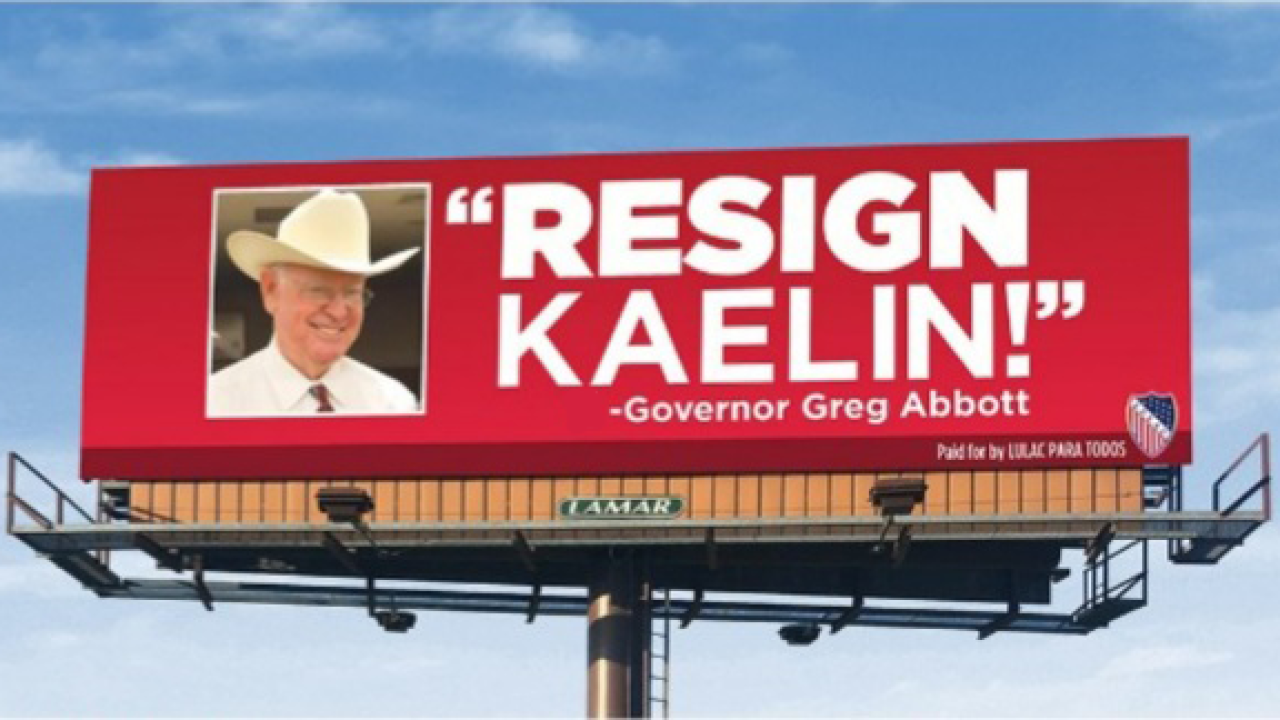 CORPUS CHRISTI, Texas — A billboard calling for Jim Kaelin to resign as chairman of the Nueces County Republican Party will go public Thursday.

Members of a local League of United Latin American Citizens (LULAC) group say their message will be visible from South Padre Island Drive on a digital billboard close to the intersection of SPID and Everhart.

They have released a mock image of what the billboard will look like.

The local LULAC group joins others in calls for Kaelin's resignation. Gov. Greg Abbott, along with local Democrats and civil rights groups, have also called for Kaelin to resign from the local Republican Party.

The calls came after Kaelin shared a post with a conspiracy theory that the death of George Floyd was a staged event. Kaelin said on the post that it was sent to him by a state police investigator.

Kaelin will keep his position until the November elections, defying Abbott's request.

“I don’t work for the governor," Kaelin said. "I do not work for any elected official. I work for the Republican Party for Nueces County, and I answer only to them as to my actions as their chairman.”

Kaelin has defended his actions by saying he has a right to free speech and that sharing a post doesn't mean he agrees with it.