How did Cecil end up in Claude D'Unger's backyard? 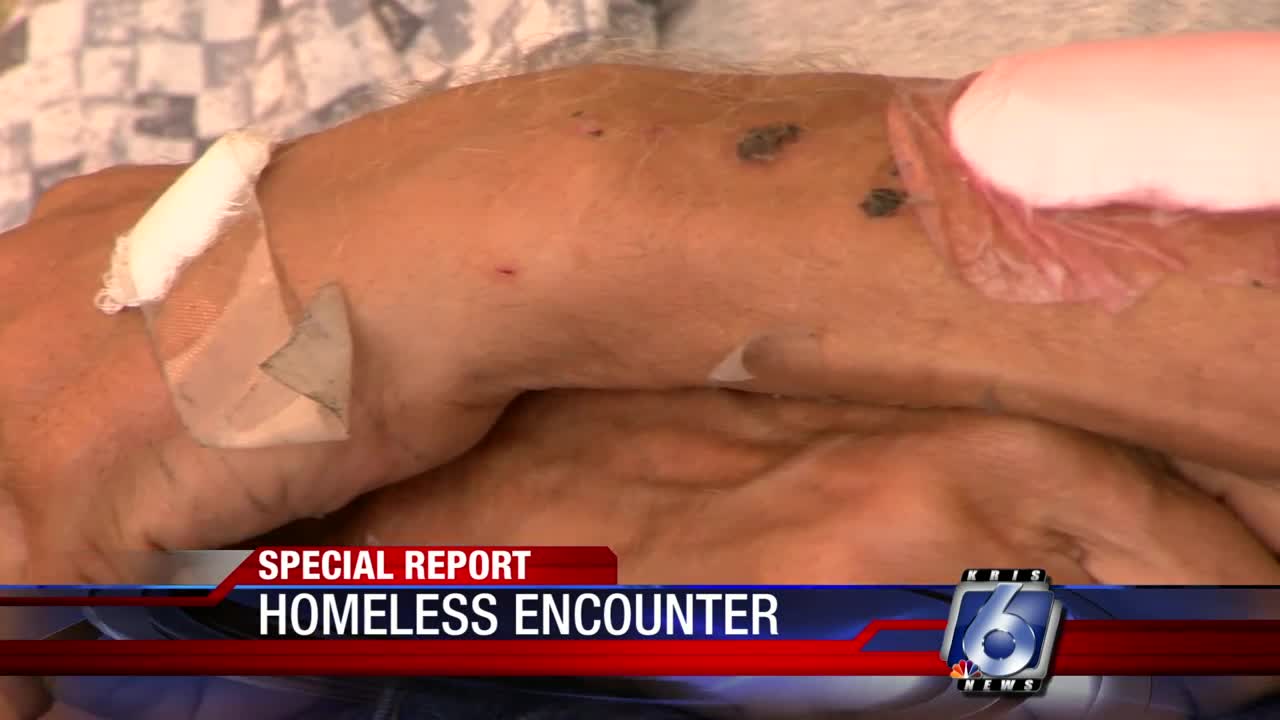 How did Cecil end up in Claude D'Unger's backyard? https://www.kristv.com/news/homeless-corpus-christi-crisis-on-our-streets/how-did-cecil-end-up-in-claude-dungers-backyard 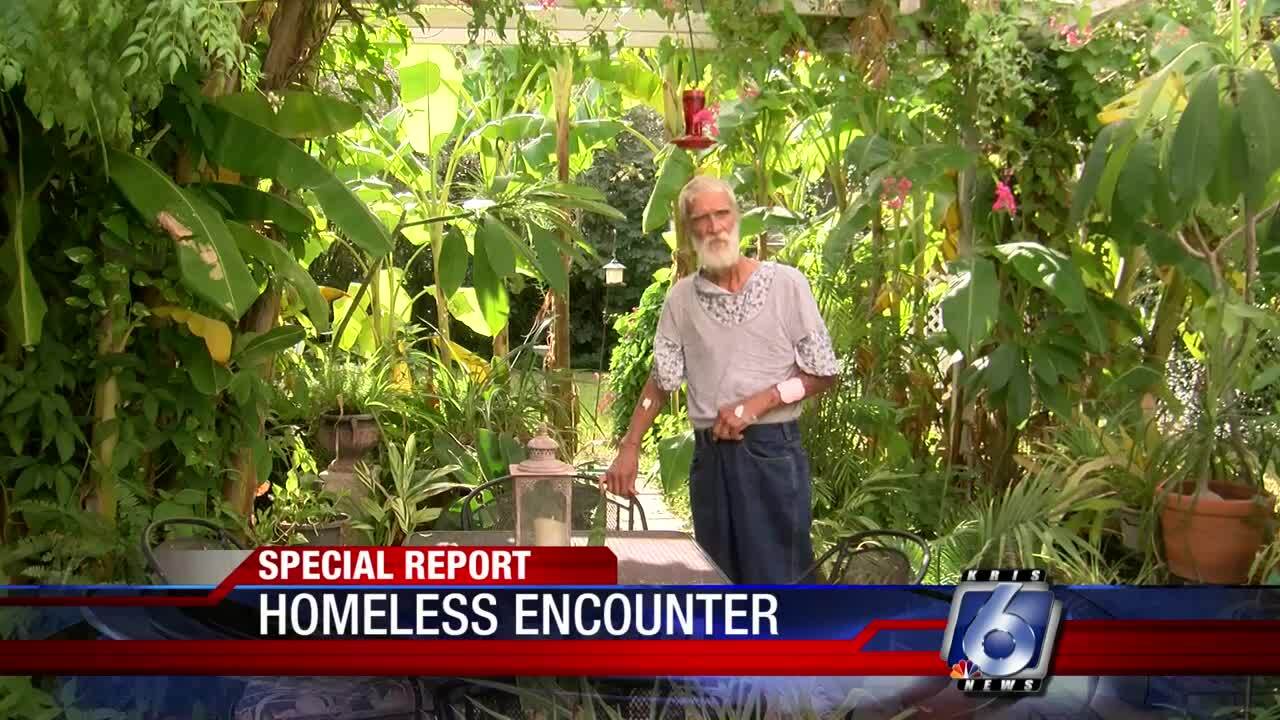 CORPUS CHRISTI, Texas — For the past few weeks, KRIS 6 News has been taking a closer look at the homeless problem in Corpus Christi. Tonight, we have the story of a homeowner who literally found the homeless issue on his doorstep when a homeless person showed up.

What started as a potentially dangerous encounter quickly turned into one of compassion.

A meeting of two men -- one with a home, one without -- both dealing dealing with a crisis on our streets.

Recently, he got a surprise visitor.

“I walked through there and glanced out the door,” said D’Unger, who said he wasn’t scared by the surprise meeting. “Just standing there like that.”

Cecil Boyette is homeless and says he suffers from undiagnosed mental-health issues. Wearing a hospital gown under his clothes, he appeared in D’Unger’s backyard.

Boyette doesn't know how he got here, but got lucky, because instead of running him off or calling police the homeowner invited the homeless man inside.

Once inside, D’Unger offered his guest coffee and bananas.

The homeowner admits, living so close to downtown Corpus Christi, he sees homeless people all the time, but was never too concerned -- until the problem wound up in his backyard.

Meantime, the conversation inside the house was difficult.

D'Unger says he suspects Boyette is suffering some type of mental impairment.

Boyette is one of many homeless residents of Corpus Christi. More often than not, it's the result of mental-health issues.

He said he grew up in Georgia, moved to Florida, then came here to start a new life.

“At first, I did have a little work,” Boyette said. “Then I was homeless. I still am.”

Boyette wound up in the hospital, although he has no idea how he got there or why.

You can still see the IV marks and bandages on his arms.

“I was in the hospital," he said. "I bolted. I came up into the man's backyard.”

His reasoning for his departure was clear.

“Fear, misdirection, misunderstanding," he said. "Wanted to do my own thing instead of following instructions.”

And that may explain why Boyette is on the street - rather than in a homeless shelter.

“I don't think you can put Cecil in a shelter,” D'Unger said.

And while that may be true, there are other options.

“We do focus on the homeless population that may have mental health issues,” said The Nueces Center for Mental Health and Intellectual Disabilities' Jenny Cantu. “Like I said, they don't have to have a diagnosis. As long as they suspect they have mental-health issues, we will screen them, we will enroll them and provide services.”

But is the man from Georgia -- now homeless in Corpus Christi -- willing to accept that help?

He appears to sure need it.

Boyette says he's estranged from family back home and has no friends to rely on. . . . except maybe a new one.

However, despite the kindness of this stranger, when asked about his future, Boyette's answer is not encouraging.

So you're probably wondering what happened to Cecil?

So, although he didn't want to, he eventually called police.

They came out, put the homeless man in the backseat and that was the last he saw of Cecil.

Until later that day, when a neighbor reported spotting the homeless man -- already back on the street.

The mayor and city manager will be talking about the homeless issue during a news conference scheduled for tomorrow morning. They'll provide an update on the city's renewed focus on homelessness and workforce housing, and they’ll also be introducing the recently hired staff for the city's first Homeless and Housing Division.