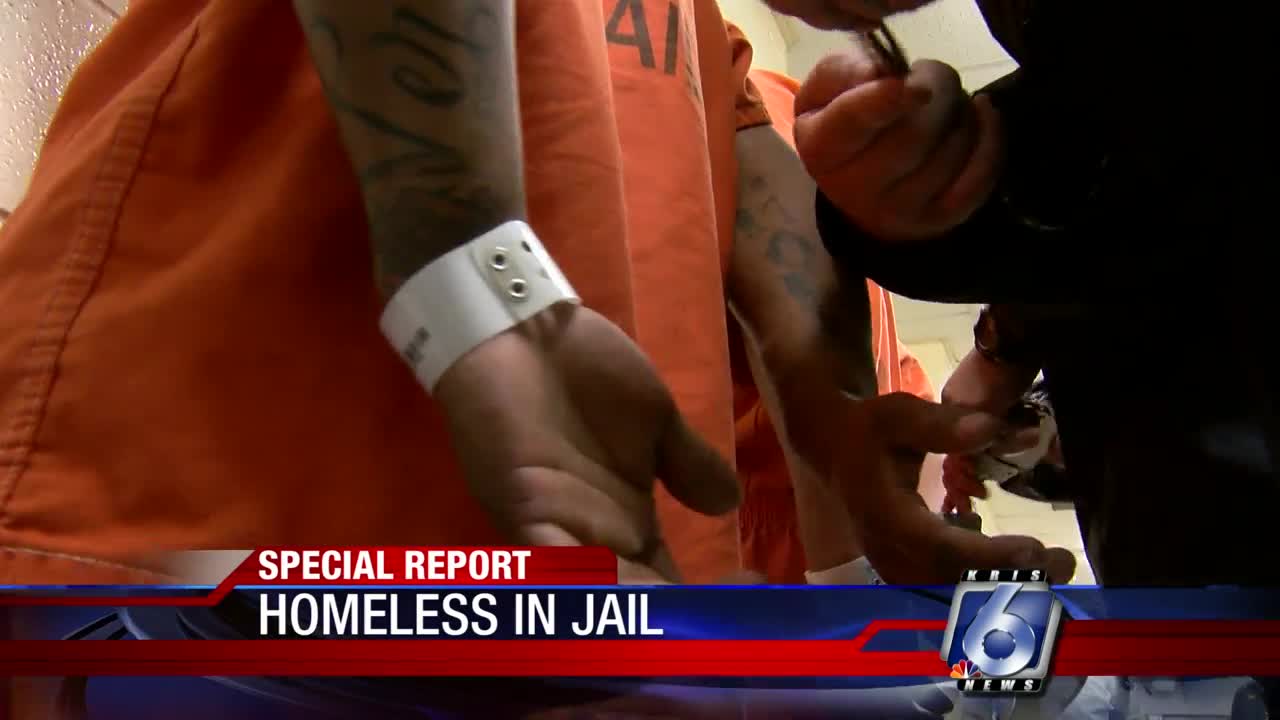 The number of homeless in our city has drastically increased over the years with many of those who live on the streets ending up in the Nueces County jail. https://cms.scrippsdigital.com/news/homeless-corpus-christi-crisis-on-our-streets/county-jail-could-be-largest-homeless-shelter-in-area

Homelessness is not a new problem in Corpus Christi, but it has surged dramatically over the past few years. And it is starting to spill over into the Nueces Co. Jail.

The homeless crisis in Nueces county has sparked much debate about what to do about the widespread problem. Nueces Co. Sheriff John Hooper said it appears that the Nueces Co. Jail might very well be the largest homeless shelter in the region.

It's an epidemic that's continuing to grow in size, and it's getting worse even in our jail system.

“The number of people in our jail, when they were arrested, they were homeless," he said. "And, if and when they get released, they will return to the streets. So it was my goal to get a snapshot of that homeless population.”

The Nueces County Jail has more than 980 inmates, and about 200 of those have been identified as homeless when they were arrested. And, if they are released from jail, they will be homeless again.

Every year hundreds of homeless prisoners leave jail with nowhere to go and Hooper wants to change that.

“It is a conversation; it is a multifaceted problem that involves many, many different agencies, nonprofits, government, private sectors, everybody's got to be in on this one," Hooper said. "And here at the Nueces County Jail, we are going to do our part. One thing we are looking at is when we identify people who are homeless, and, if and when they are to be released from the county jail, I think we need to make the effort for some type of family reunification."

Nearly 50 percent of homeless inmates have been diagnosed with a mental health problem and need treatment for it.

“It is very common that the homeless people who come into the facility on criminal charges are not the healthiest people in the world, and therefore, they require more medication, more medical attention from our health service administrator, and they can be more costly to house than other inmates that are in our system,” said Hooper.

The homeless population is well represented in the Nueces County Jail, and it is something Sheriff John Hooper will continue to pay attention to moving forward, and at the same time, continue to come up with some innovative ideas to deal with the homeless in his jail.