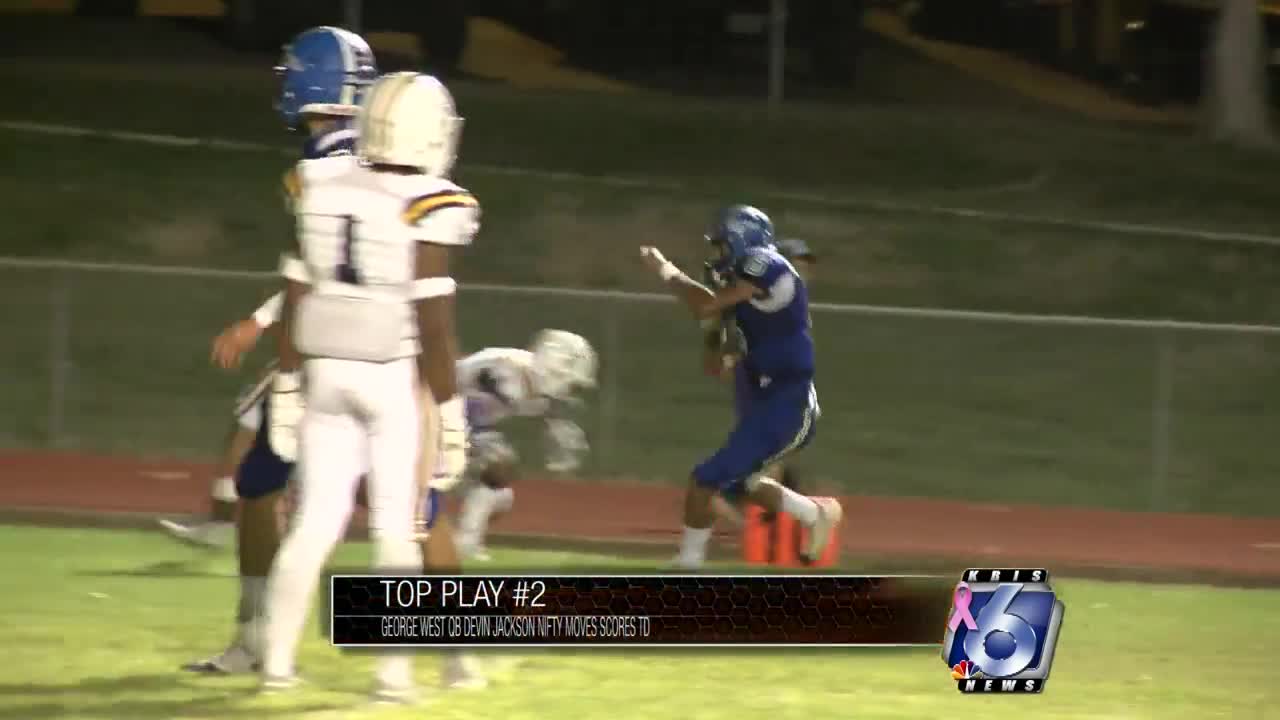 CORPUS CHRISTI, Tx. — We are more than halfway through the 2019 high school football season; let that sink in. The season is flying by and it really has been quite an entertaining year.

Miller has one of the best offenses the Coastal Bend has ever seen. Calallen, Gregory-Portland and Tuloso Midway are setting themselves up to make the playoffs and our smaller area schools continue to impress.

All in all, Coastal Bend football has been really fun this year.

Enough with the chit chat though, it is that time again, time to go through our three top plays of the week.

#3: The Miller Bucs offense is unbelievable. They have 307 points through their five games this season averaging about 61.4 points per game. The leader of that offense has been the junior quarterback, Andrew Body. And the play that earns him our third spot on the list did not come through the air. Body failed to find a receiver decided to keep it and that is where the fun began. He shook off one defender then barreled over the next on his way to the endzone. Miller defeated Carroll 72-7.

#2 Roland Rodriguez made the Fever's first visit to George West of the 2019 season to watch the undefeated Longhorns take on Aransas Pass. The Longhorns are a very good team and have an opportunity to make a nice playoff run. A big reason, their depth. Backup quarterback Devin Jackson escapes the pocket and takes off. He jukes out a couple defenders and scampers into the endzone.

#1 If there was instant replay in high school football, this might have turned out very different. But there is not! Noah Barrientez of Tuloso Midway knows the old football saying: don't stop until the whistle is blown. Barrientez caught the ball on a screen pass and was immediately swarmed by a couple of defenders and looks to be brought down.... but no whistle was blown! Barrientez sprints up and take it to the house! An incredible play to cap off an incredible week.

As always if you think we missed any plays please email me: jeffrey.dubrof@kristv.com.