No relief from the heat in sight 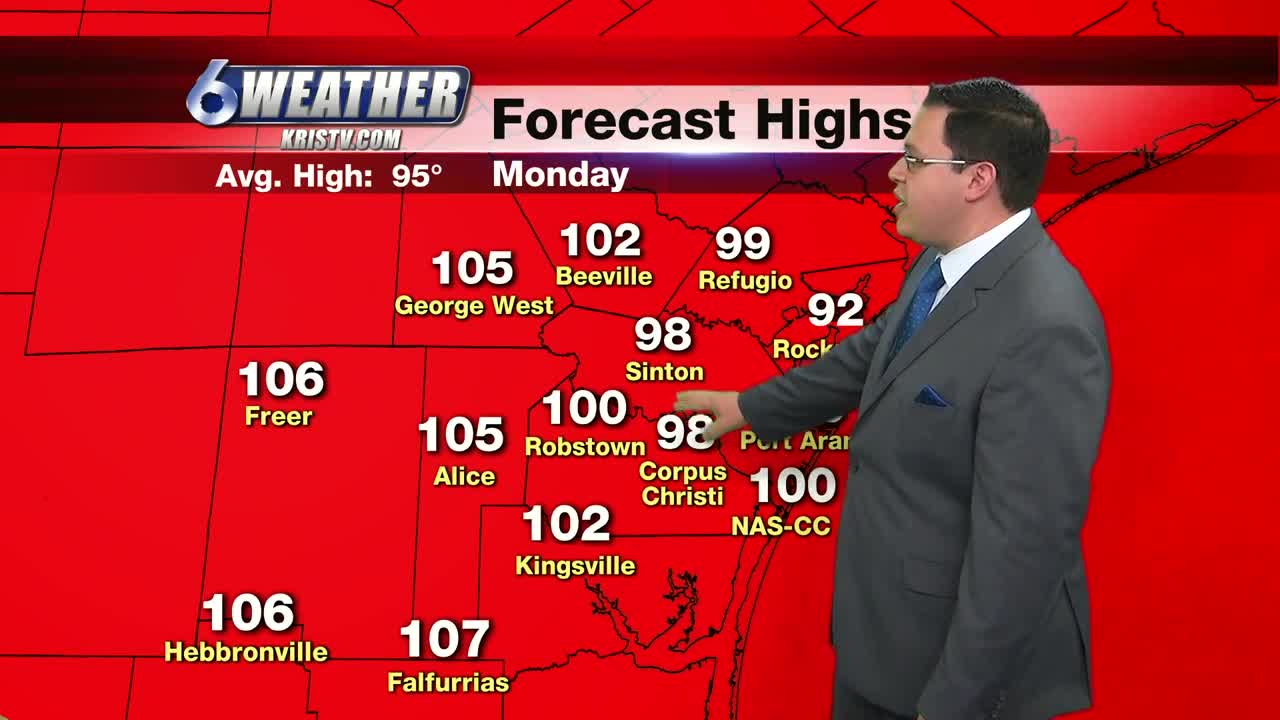 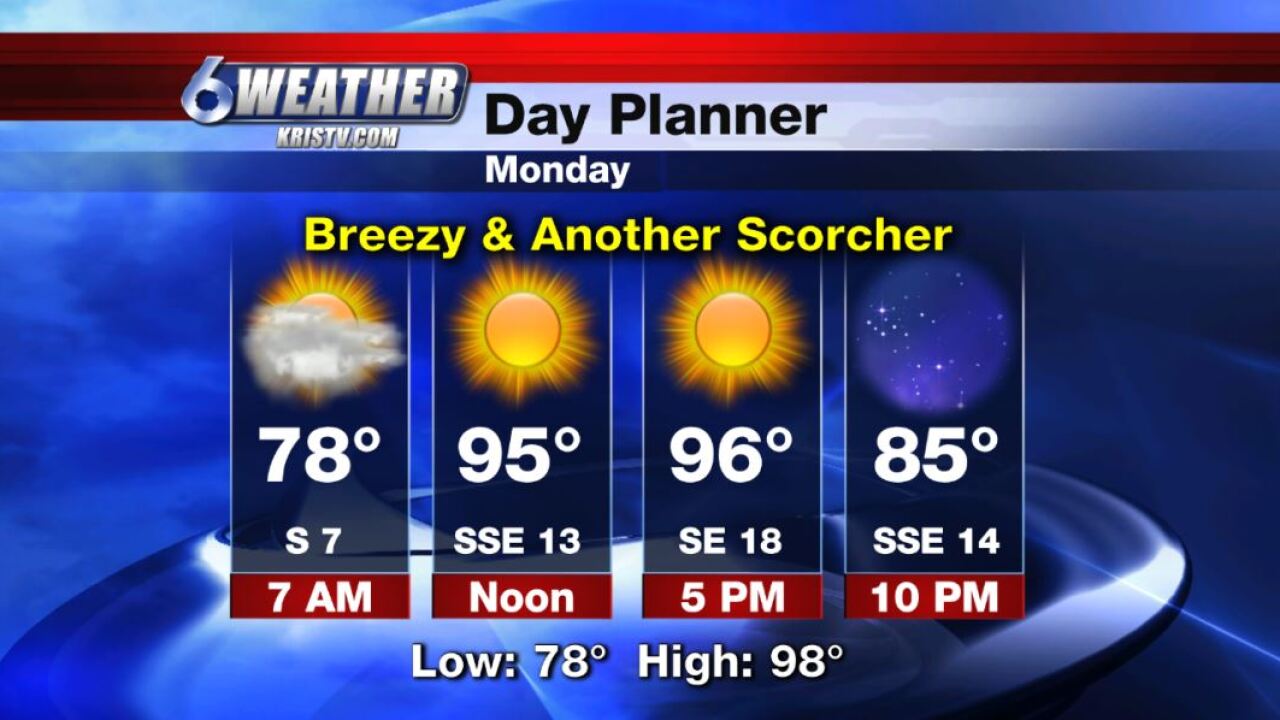 CORPUS CHRISTI — It's no secret that the big weather story over the last couple of weeks has been the heat, humidity and winds. Heavier on the heat which has resulted in heat advisories every day for the last week or so.

This is being brought on by a large dome of high pressure that has a tight grip on the Lone Star State and there is not much that looks to change that pattern anytime soon.

So for tonight, it will be fair and mild with overnight lows in the middle to upper 70s for many locations, except the coastal areas where 80s will dominate. Winds: SSE 5-10 MPH.

Monday another round of heat advisories will be likely with heat index values around 105-115 degrees! Be sure to drink plenty of water if working outdoors for long hours and also check on family and friends who don't have access to air conditioned places. In addition, don't forget outdoor pets. Make sure they have some shade and cool water to beat the heat as well.

Highs for the next several days will be in the upper 90s to near 100 degrees each day with plenty of sun and some haze too.

On Thursday, the high moves off to the west a little bit more allowing a weak frontal boundary to enter the northern sections of the state. This will allow a little more surface moisture to enter our area and we could squeeze out an extra stray shower or two. For the most part though, the heat will dominate and most of us will stay dry.

Also, many counties in the Coastal Bend have implemented Burn Bans. Check with local county officials to make sure one is not in effect in your area if you plan to do outdoor burning.