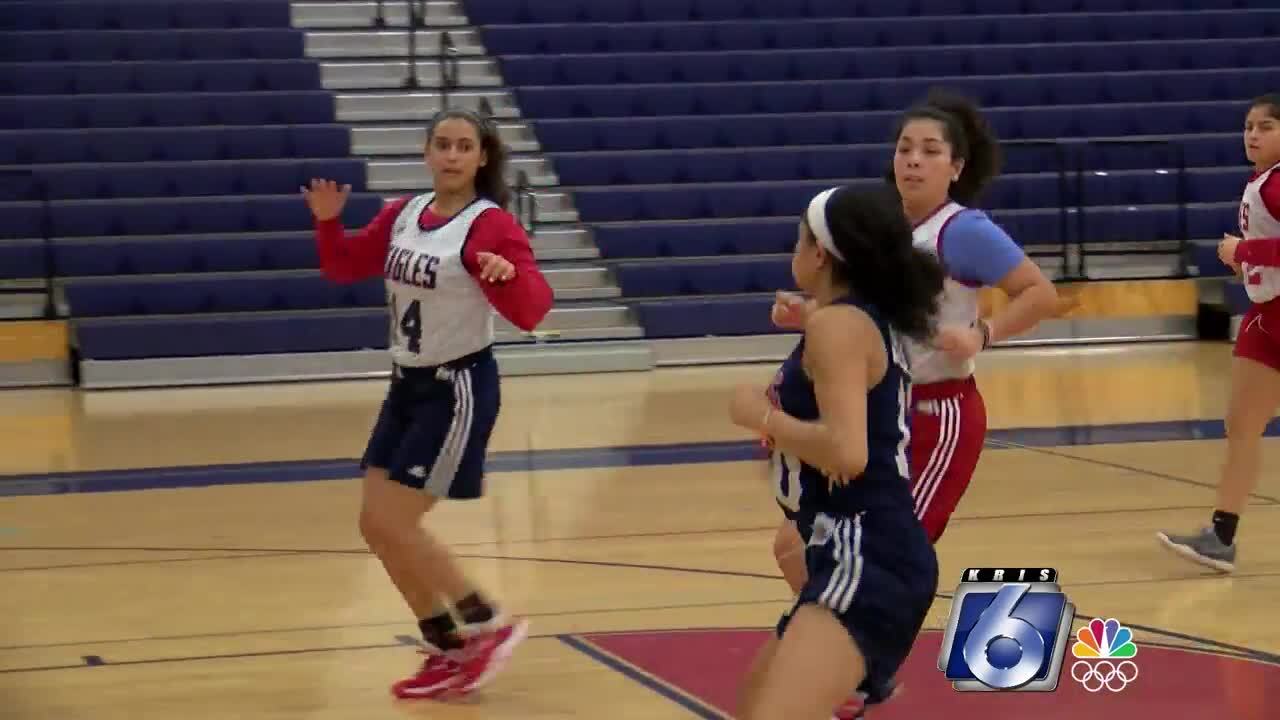 KRIS file photo.
The Veterans Memorial Eagles, idle on Friday night, are ranked No. 10 in the most recent Class 5A Texas Association of Basketball Coaches poll.

CORPUS CHRISTI, Texas — The second half of the girls high school basketball season is underway and the Coastal Bend is boasting a handful of state-ranked teams.

Veterans Memorial is always in that mix.

The Veterans Memorial girls team is off a hot start this season as the second half of the season officially begins today.

The Eagles are ranked No. 10 in Class 5A, according to the weekly rankings released by the Texas Association of Basketball Coaches.

The Eagles are led by six seniors that Coach Roy De La Pena has tasked with being the leaders. They are dangerous and are poised to make a deep run once the playoffs start.

“The ranking … it is good and it is bad,” he said. “I'd rather chase somebody instead of getting chased.

“We are playing teams and they are ready to beat us.

“We've got some really, really good seniors, They're all fantastic, they're fantastic kids they've got great grades, act right do right and they are taking over making sure the juniors, sophomores and freshman are doing the right thing.”

“These players, even though they are young. they help us together and we all come together no matter what age we are. All of us work together, do the same stuff and we are all a team.”

The Eagles are off tonight, but resume play when they hook up with the Moody Trojans Tuesday night.