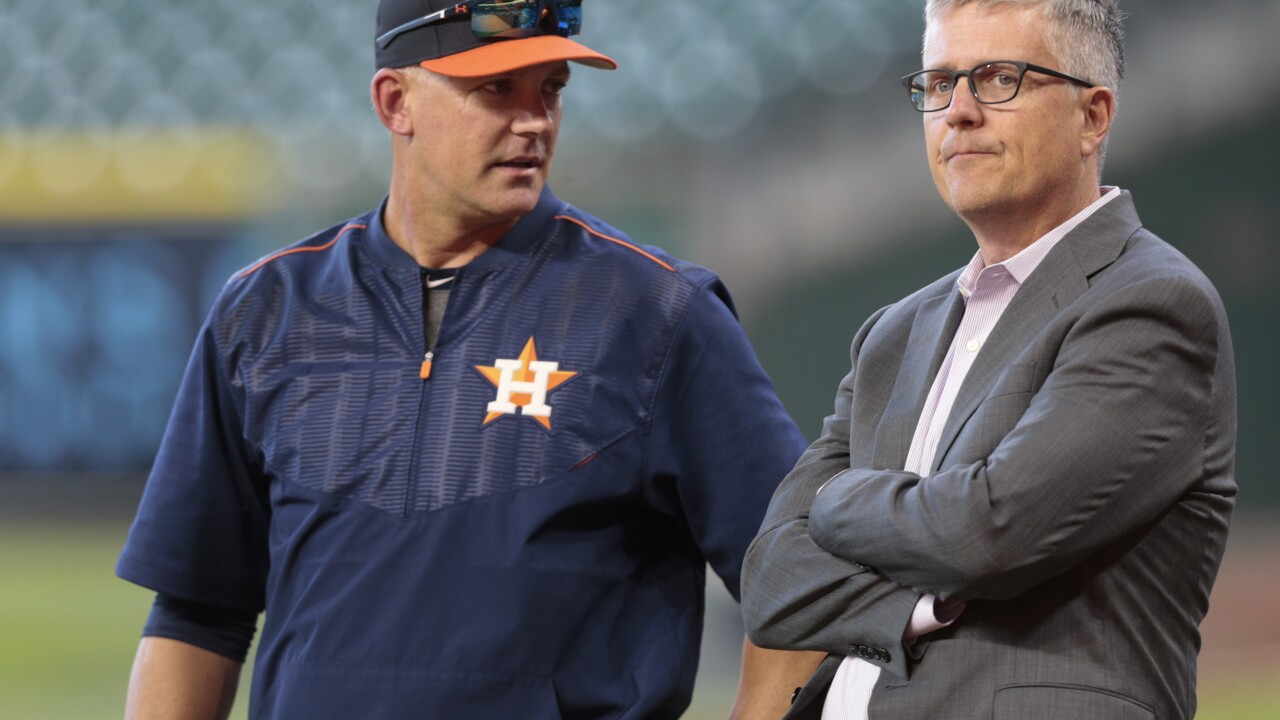 Baseball commissioner Rob Manfred came down hard on the team for illegally stealing signs during its World Series championship team in 2017.

The Athletic's Ken Rosenthal and Evan Drellich report the team will lose both its first and second round picks in the 2020 and 2021 draft and a fine of more than $5 million.

BREAKING: Per sources, MLB’s penalties for #Astros include:

The Astros stole signs electronically through the 2017 postseason and into the 2018 regular season, Major League Baseball found in its nine-page report. https://t.co/xOCFHJGnTo

The Astros are the parent team for the Corpus Christi Hooks of the Texas League.

We'll have more on this breaking story as it emerges.