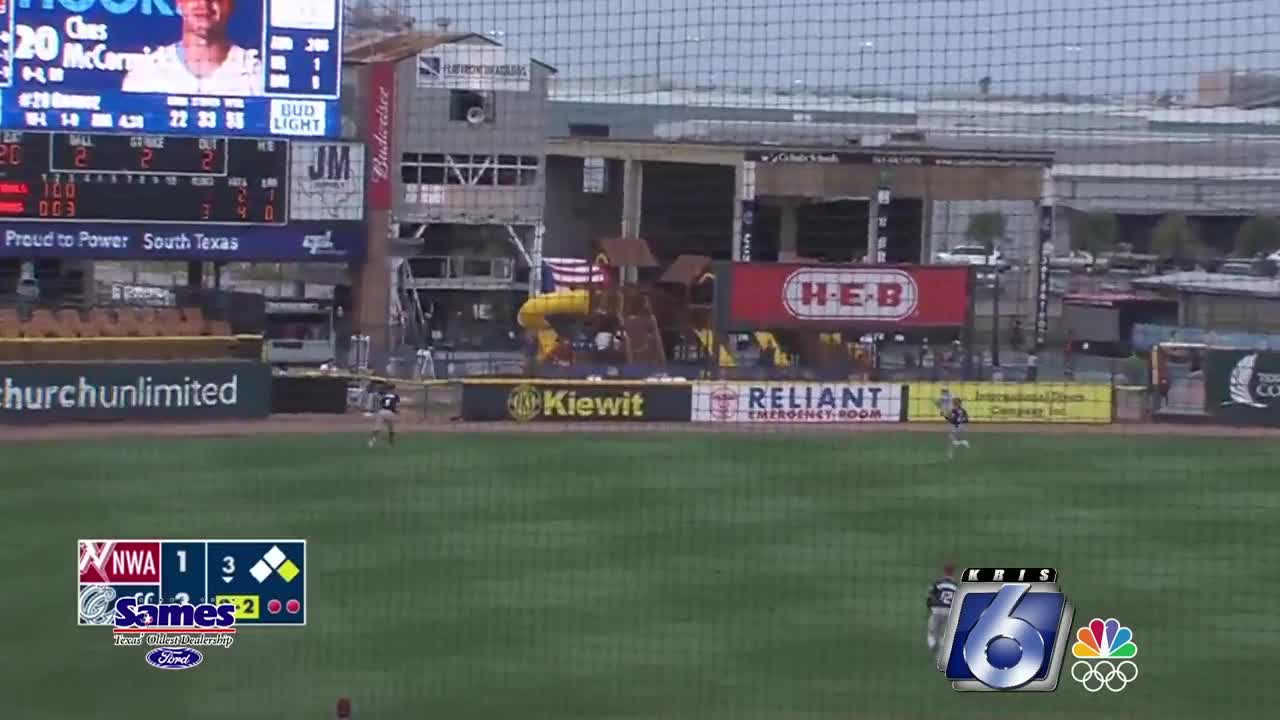 CORPUS CHRISTI, Texas — Major League Baseball is encouraging players to go home a day after canceling the rest of the spring training schedule. They are also postponing opening day for at least two weeks.

So what does all this mean for the Hooks?

Players are being told it is not mandatory that they leave, in particular many minor league players, especially from other countries.

Many of those players hoping to remain in big league camps where have access to housing. Food and training facilities.

The Hooks were supposed to open their season at home on April 9.

That game has obviously been pushed back for at least a few weeks.

So obviously their hands are tied while they waited on an announcement from Major League Baseball.

That is why Whataburger Field will remain closed until further notice.

" Yeah Alan, it's a building situation for us because every day is a little bit different. Right now our first priority is our employees, fans and our players health and safety. Unfortunately that has resulted in taking measures of closing Whataburger Field for the next few weeks to non essential personnel," Hooks general manager, Wes Weigel, says, "To our fans and the community we apologize for the inconvenience, we will exchange tickets as necessary as we know more when the season starts. Sponsors and single game purchasers are a priority and we hope to have a finalized season start date soon."

So the waiting game continues for the Hooks and the rest of the baseball world.