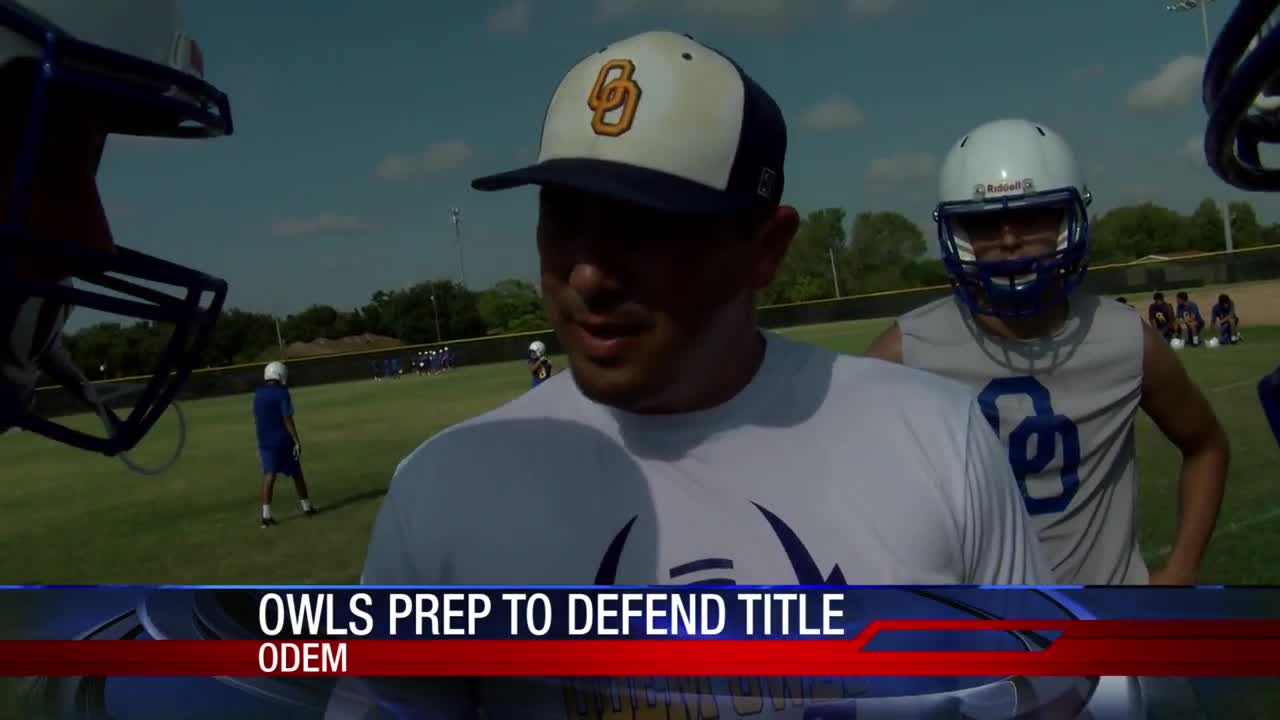 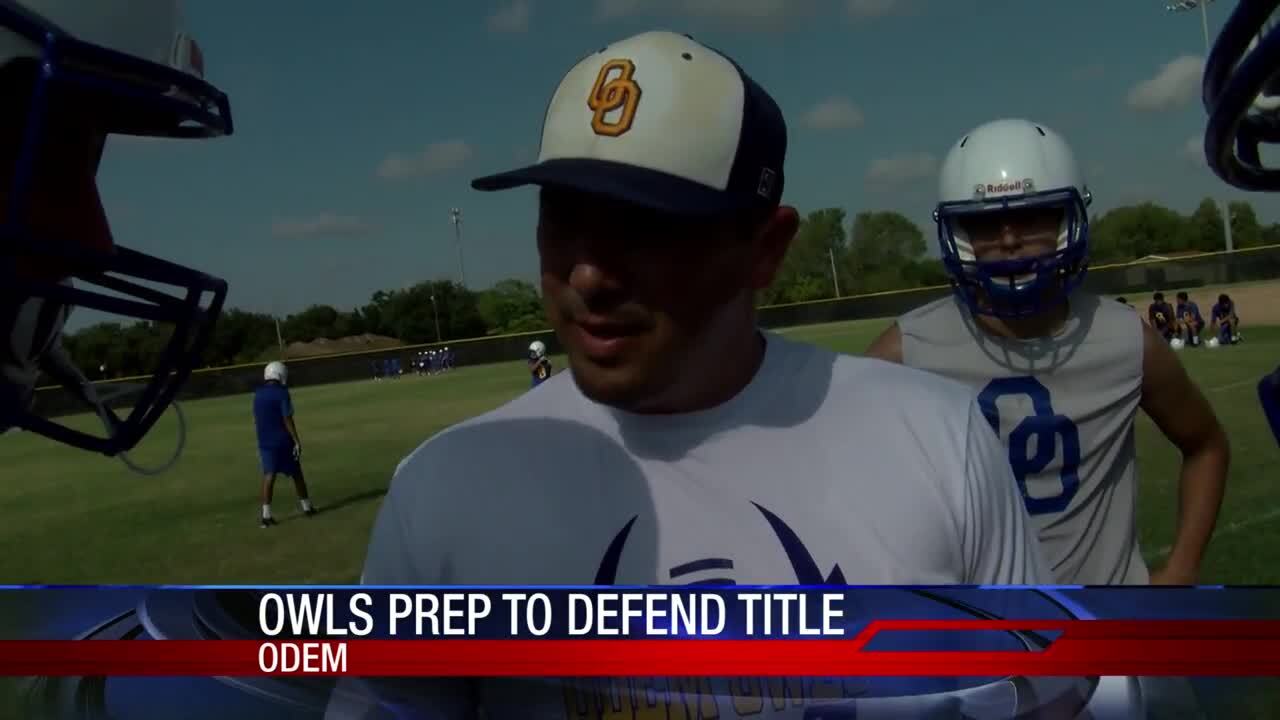 Our Friday Night Fever preview tour continues with a stop in Odem to check in on the Owls.

These are the high-flying Owls coming off a 10-0 regular season and district title.

They are ready to take it to the next level this season after reaching the second round of the post season.

They were an offensive juggernaut last season – almost unstoppable – averaging 44 points a game. A lot of those players have graduated, but most of the offensive line remains intact.

The defense may be their strongest unit, giving up about 14 points a game a year ago. They return eight starters.

And they have set up some rather lofty goals.

“First thing is we have to stay healthy and that's our number one goal every year,” Odem linebacker Orlando Gonzalez said. “If someone goes down we are not 100 percent so we have to play tough, strong and we have a lot of returners back. We are looking good so far and we expect shutouts this year.”

“We are expecting to pass the ball more this year,” Andrade said. “We have a young QB, but I think we are ready to get things going and score some points. I think we have the guys to make things happen and make big plays.”

Odem coach Armando Huerta thinks the Owls can contend for the district title, expecting them to play with the urgency needed for that lofty goal.

“I can tell you this year we feel like we need to take it up a notch and take it to the next level,” Huerta said. “We want to contend for regional championships so we had a strong off season and that's where it all starts. The kids are ready to come here and show how much they have developed during the spring,”

The Owls expect to win big this year and for good reason.

And don’t forget, we will be telecasting their game live against Mathis in Week 2 on the CW. It will start at 6:30 p.m. on Saturday, Sept. 7.