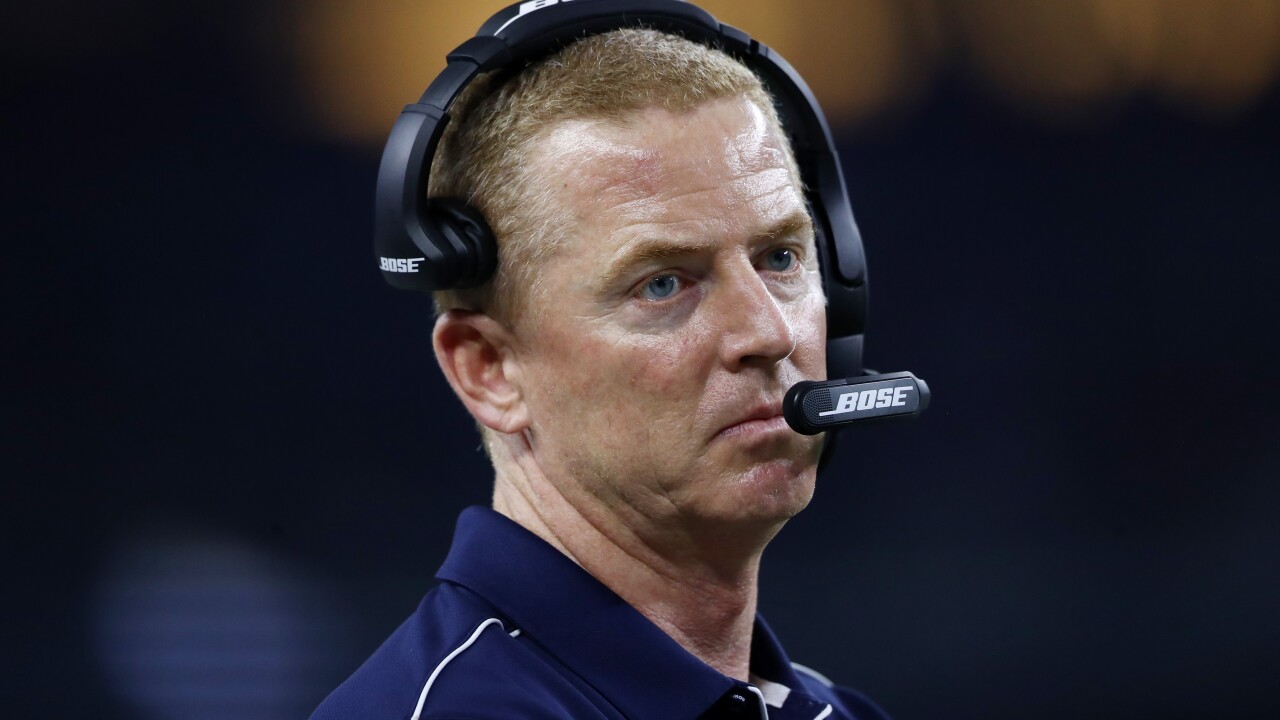 FRISCO, Texas — Jason Garrett apparently has survived another meeting Tuesday with Jerry and Stephen Jones with his job intact.

Garrett and the Jones met for the second time in two days early Tuesday afternoon at the team's headquarters in Frisco with no resolution, multiple sources indicate. They are scheduled for another meeting at an undetermined time to continue discussion on Garrett's job status, according to venerable Dallas Morning News Cowboys beat writer David Moore.

Jason Garrett will have yet another discussion with Jerry & Stephen Jones before his status is resolved, a source said. It’s unclear at this time when that discussion will take place. https://t.co/DCwD31YKih

What is clear is that Garrett still is employed as the Cowboys’ coach. His contract will expire on Jan. 14.

The delay is proving exasperating to a legion of Cowboy fans, who have taken to Twitter to overwhelmingly express their disappointment at Garrett remaining at his job.

I’m being told there will likely be no news today on the Jason Garrett front. Meeting is over. Remaining coaches and staffers in the building heading home 🤷🏼‍♀️

Dallas failed to qualify for the playoffs for the seventh time in Garrett's nine-plus season tenure with the team after an 8-8 finish. It was a disappointing conclusion after the Cowboys started the season 3-0.

The #Cowboys meeting with Jason Garrett lasted less than an hour… and everyone left with no resolution. https://t.co/pc4bdVjFY1

Dallas never advanced past the NFC Divisional Game with Garrett in charge. His coaching tenure is the second-longest in team history behind only Hall of Famer Tom Landry.

The Cowboys' 8-8 season is the fourth in Garrett's tenure with the team. His career record with the team is 85-67 and 2-3 in the playoffs.

Garrett, 53, was a former Dallas Cowboys quarterback before starting his coaching career as has forged a close relationship with the Joneses that has lasted more than 20 years.

He originally was hired as the Miami Dolphins' quarterbacks coach under Nick Saban in 2005. He was hired as the Cowboys' offensive coordinator in 2007 and was named as Wade Phillips' replacement after a 1-7 start in 2010.

We'll have more on this breaking story as it develops.