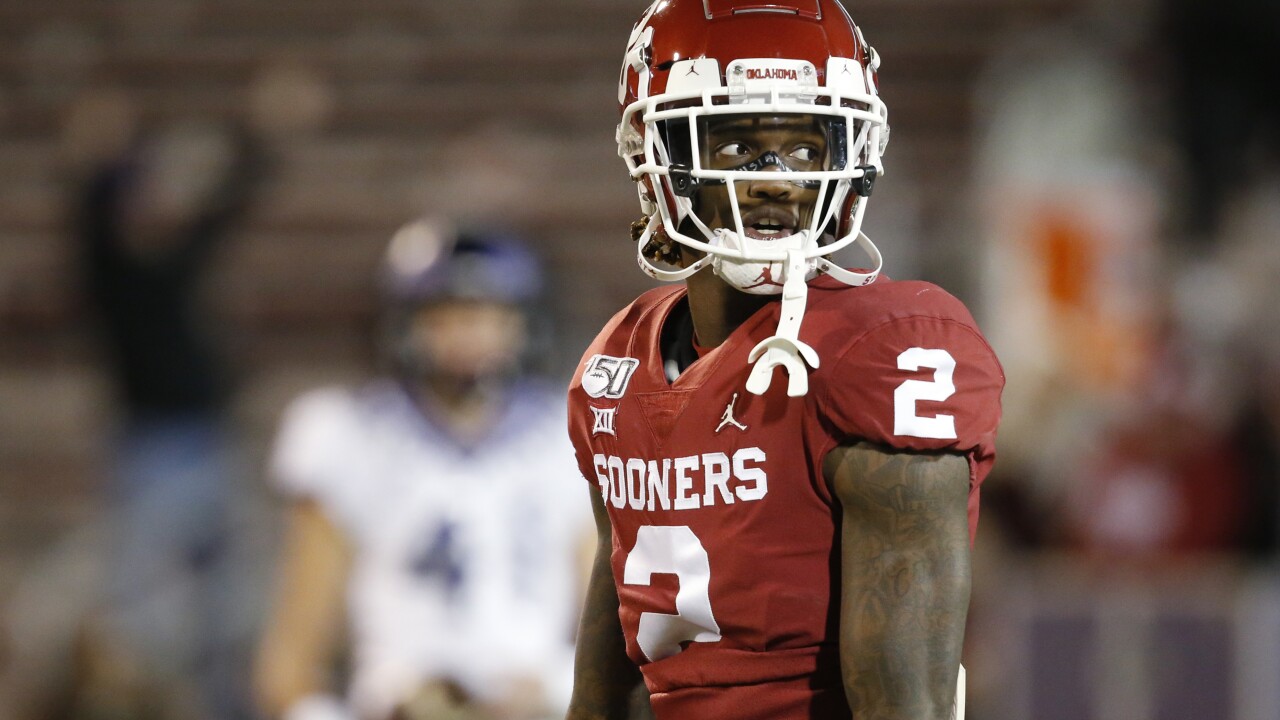 Sue Ogrocki/AP
The Dallas Cowboys selected Oklahoma wide receiver CeeDee Lamb with the 17th pick in the first round of the 2020 NFL Draft. . (AP Photo/Sue Ogrocki)

FRISCO, Texas — Most expected the Dallas Cowboys would turn to defense in the 2020 NFL Draft.

But welcome to the era of new coach Mike McCarthy.

With the 17th pick in the first round, the Cowboys chose wide receiver CeeDee Lamb of Oklahoma with the 17th selection.

Lamb was the third wide receiver taken it what is presumed to be one of the deepest groups of wide receivers in recent memory. He was selected only behind two Alabama players -- Henry Ruggs III with the No. 12 pick from the Las Vegas Raiders and Jerry Jeudy with the 15th pick from Denver.

Despite glaring defensive problems and a strong existing nucleus with Amari Cooper and Michael Gallup, the Cowboys couldn't resist another potential gamebreaker.

It's understandable consider Lamb's career with the Sooners. He torched Big 12 defenses for 3,292 yards and 32 touchdowns during his three-season college career there.