Watch all of the action tonight on KRIS-TV 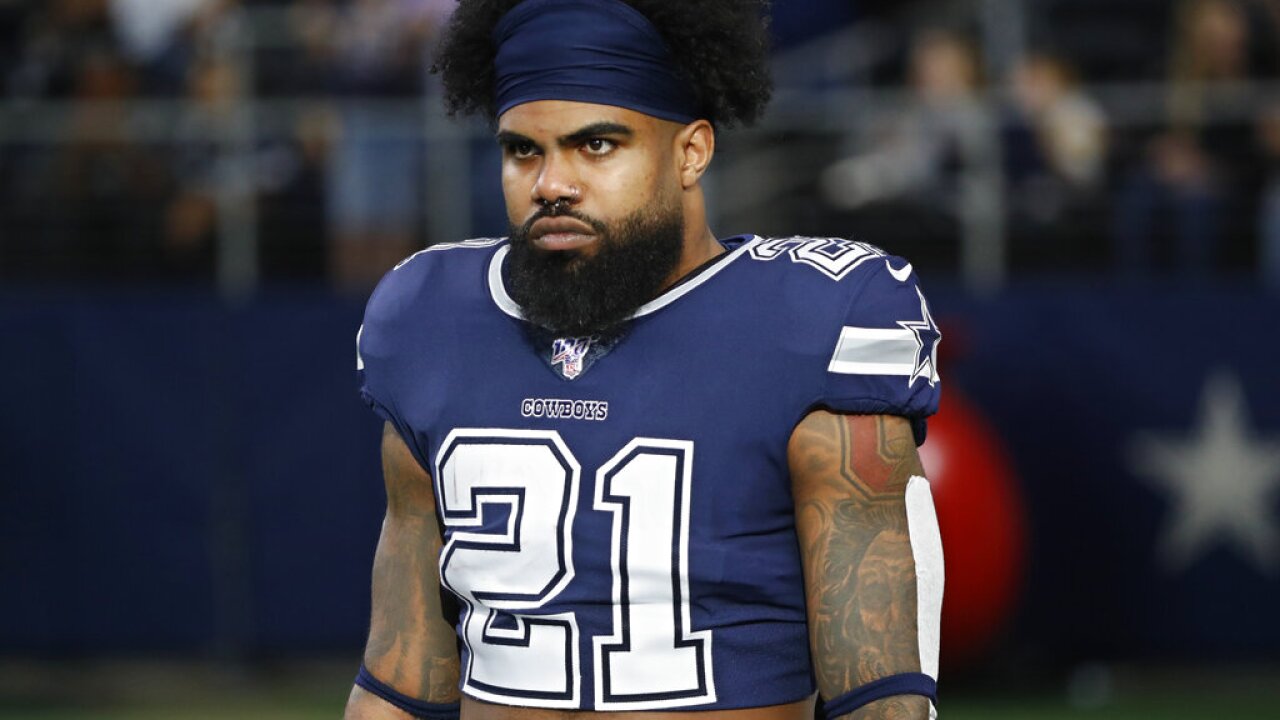 Roger Steinman/AP
FILE - In this Dec. 15, 2019, file photo, Dallas Cowboys running back Ezekiel Elliott (21) warms up before an NFL football game against the Los Angeles Rams in Arlington, Texas. Ezekiel Elliott tested positive for the coronavirus, according to his agent. Rocky Arceneaux told the NFL Network on Monday, June 15, 2020, that Elliott was feeling OK and recovering.(AP Photo/Roger Steinman, FIle)

Kickoff will be at 7:20 p.m. It will be preceded by Football Night in America where Mike Tirico, Tony Dungy and Rodney Harrison recap all of the day's NFL highlights before tonight's prime attraction.

But the biggest game will be in Inglewood, Calif., as the Cowboys help christen the new $5.5 billion SoFi Stadium as they meet the Rams.

McCarthy takes over from Jason Garrett, who was let go after a lackluster 10-year run where the Cowboys never made it past the divisional round of the playoffs.

McCarthy, a former Super Bowl-winning coach with the Green Bay Packers, has stoked the Cowboys full of enthusiasm as they start their 61st season as a franchise.

Both teams enter the 2020 season looking to bounce back after disappointing 2019 seasons. Sunday's game, although the first for both teams, could very well have playoff implications for both teams.

The Rams are looking for a fresh start as well as they open their new home field with new uniforms and a new log. Coach Sean McVay, after failing to replicate another Super Bowl appearance in 2019, has brought in new offensive and defensive coordinators as he looks for a fresh start.

The Cowboys are listed as a three-point favorite by Las Vegas oddsmakers. They hope to continue the success they had the last time the two teams met, when Ezekiel Elliott and Tony Pollard each racked up 100-yards in the Cowboys' 44-21 victory over the Rams in Week 15 last year in Arlington.

Be sure to watch all of the action here on KRIS 6 News.