Cowboys have made no decision on Jason Garrett's future 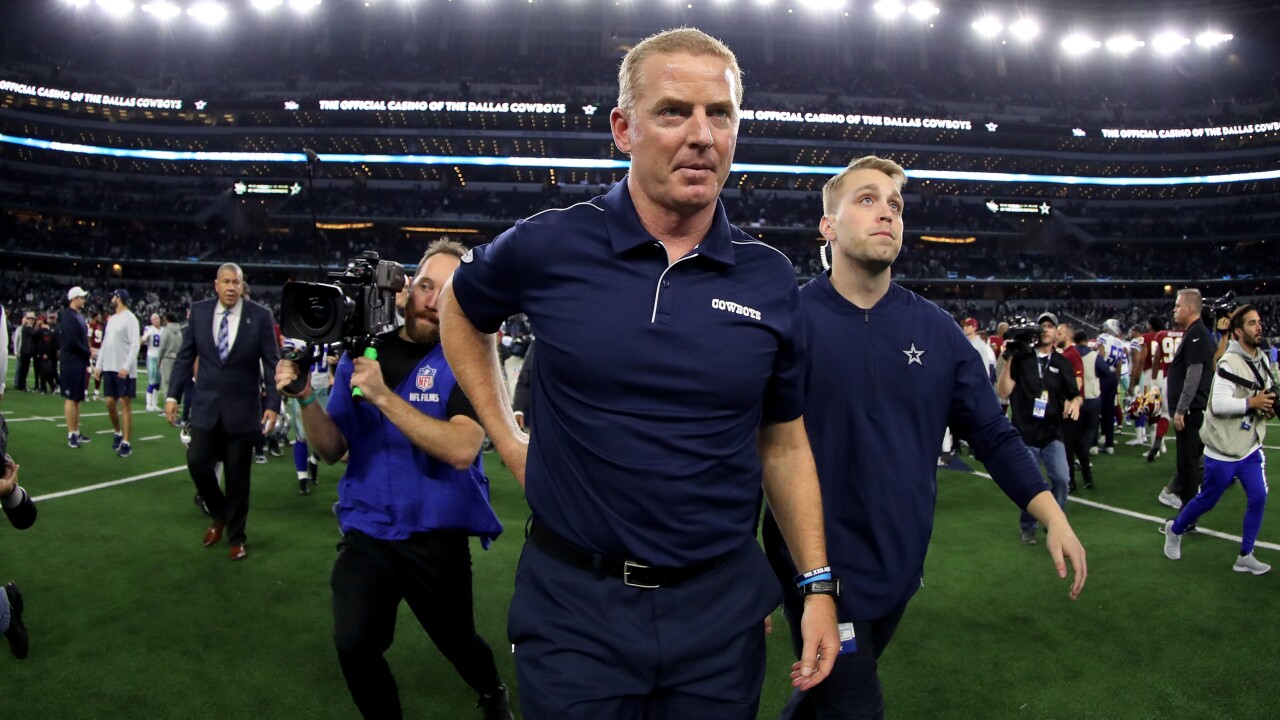 FRISCO, Texas — Despite several unsubstantiated reports that he had been fired, Jason Garrett remains as the head coach of the Dallas Cowboys - for now.

The assembled media was sent home from the Cowboys' headquarters in Frisco and told there would be no announcement about Garrett's status made on Monday.

Just told not to expect a decision by #Cowboys on Jason Garrett today.

The announcement was surprising as most observers expected Garrett's contract not to be renewed after a meeting with Dallas team owner Jerry Jones earlier Monday afternoon.

Jason Garrett’s meeting with the Jones family is concluded. Cowboys have nothing scheduled for today at The Star. Don’t read anything into this delay. It doesn’t change the inevitable. It’s still a matter of when, not if.

Garrett remains the Cowboys' head coach after a disappointing 8-8 record in the 2019 season where they failed to make the playoffs for the sixth time in nine-plus seasons with Garrett directing them.

It's the fourth time Dallas has finished .500 or under Garrett, whose career record is 87-70, including a 2-3 playoff mark. The first three 8-8 records ran coearnsecutively in his first three full seasons from 2011-13, with the Cowboys losing the finale each time when a win would have put them in the playoffs.

How much longer Garrett will remain in charge of the team is uncertain.

But stay tuned. We'll have the latest as soon as the news emerges.