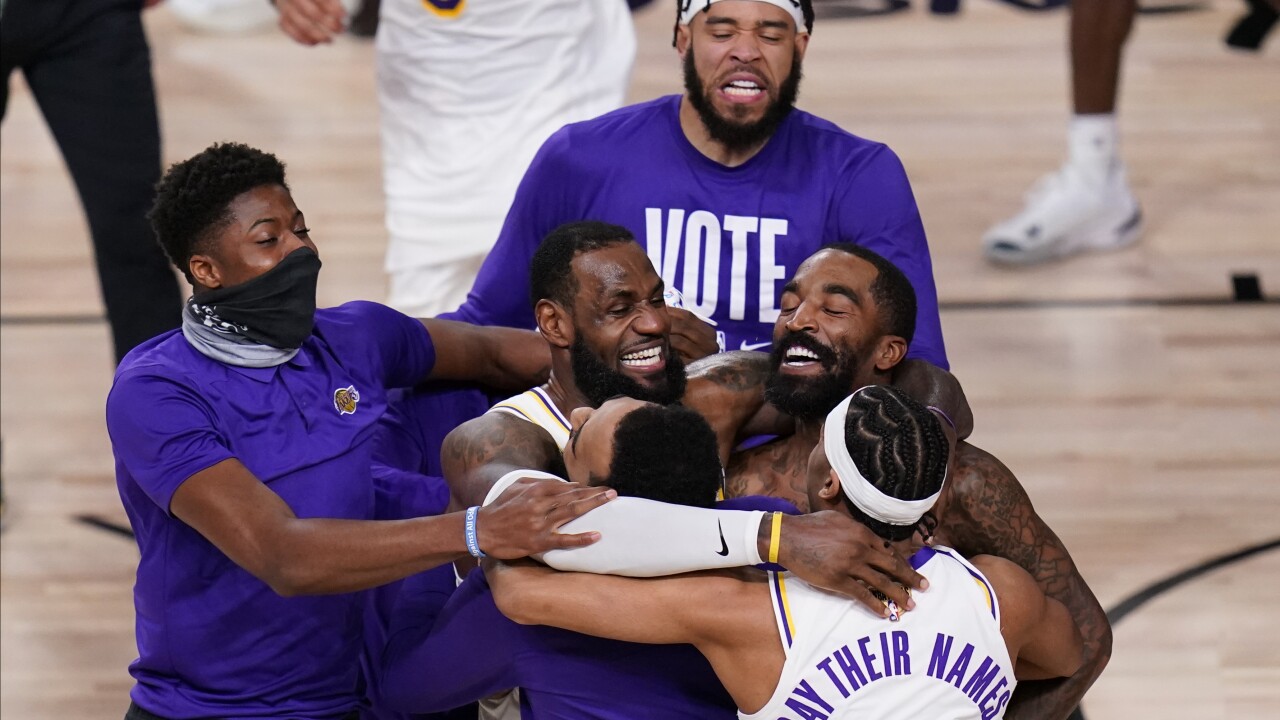 The L.A. team defeated the Miami Heat 106-93 in Game 6 of the NBA Finals Sunday night, marking the team's 17th NBA title, tying the Boston Celtics for the record.

This also marks LeBron James’ fourth NBA championship win. He previously won with the Heat in 2012 and 2013, as well as in 2016 with the Cleveland Cavaliers.

Game 6 was also the 260th of James’ playoff career, lifting him into sole possession of first place on the league’s postseason appearances list. After missing the playoffs in his first two seasons, James has reached the postseason 14 times in 15 years.

The 2019-2020 season was unlike any other before. First, it was suspended when the COVID-19 pandemic started in March. And then it resumed, with games played at the ESPN Wide World of Sports Complex near Orlando, Florida.