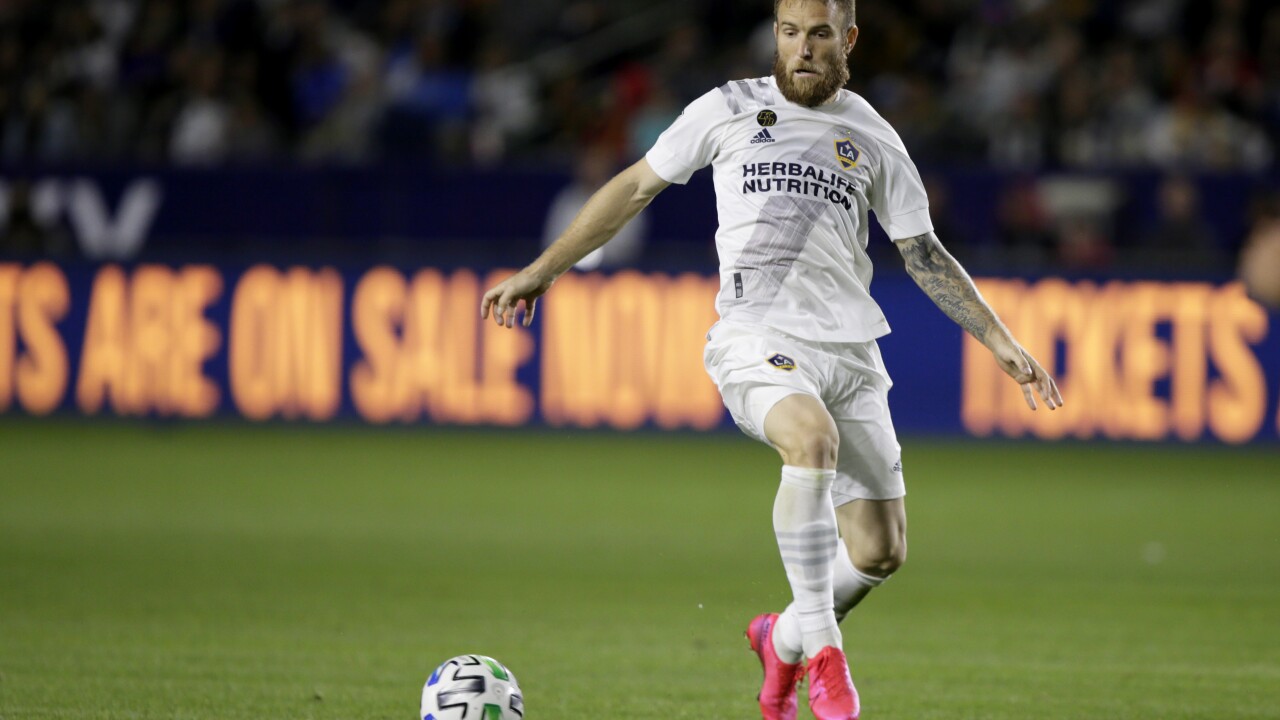 Copyright 2020 The Associated Press. All rights reserved.
Alex Gallardo/AP
FILE - In this March 7, 2020, file photo, LA Galaxy forward Aleksandar Katai controls the ball against the Vancouver Whitecaps during the second half of an MLS soccer match in Carson, Calif. The Galaxy will meet with Katai on Thursday, June 4, to discuss a series of alarming social media posts by his wife. Tea Katai made the since-deleted posts on her Instagram Story this week, the Galaxy confirmed Wednesday night in a statement. The team will meet with Katai to "determine next steps.” (AP Photo/Alex Gallardo, File)

LOS ANGELES (AP) — The LA Galaxy will met with new Serbian winger Aleksandar Katai on Thursday to discuss a series of alarming social media posts by his wife.

Tea Katai made the since-deleted posts on her Instagram Story this week, the Galaxy confirmed in a statement.

"Earlier today, the LA Galaxy were made aware of a series of racist and violent social media posts by Tea Katai, the wife of LA Galaxy midfielder Aleksandar Katai," the Galaxy said. "The LA Galaxy strongly condemned the social posts and requested their immediate removal. The LA Galaxy stands firmly against racism of any kind, including that which suggests violence or seeks to demean the efforts of those in pursuit of racial equality. The LA Galaxy stand with communities of color, and especially the Black community, in the protests and fight against systemic racism, social inequality, bigotry and violence. The LA Galaxy will hold a meeting with Katai on Thursday, June 4 and will determine next steps."

A statement from the LA Galaxy on Tea Katai. pic.twitter.com/tfGDMUomIo

The posts included a profane call written in Serbian to "kill" protesters, and another that called protesters "disgusting cattle," also in Serbian.

Katai, who joined the Galaxy in December after spending his first two MLS season with the Chicago Fire, posted a public apology on his Instagram page.

He has made nine appearances for Serbia's national team, including three last year in Euro 2020 qualifying matches.