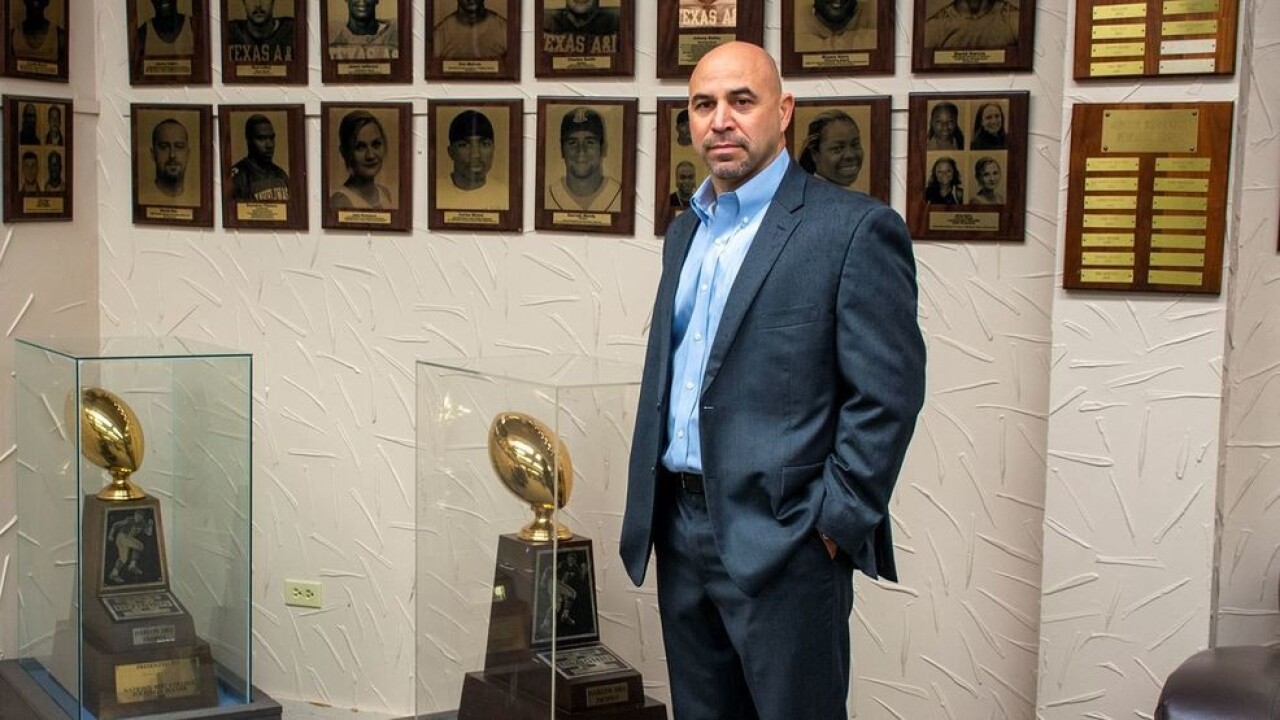 TAMUK courtesy photo.
Mike Salinas, a former Texas A&amp;M-Kingsville player and assistant coach, has been announced as the new head football coach of the program.

KINGSVILLE, Texas — Mike Salinas has been announced as the new head coach for the Texas A&M-Kingsville football team.

The announcement was made Friday morning by the school and announced by a press release.

Salinas, a TAMUK alum and former Javelina assistant, becomes the 12th head coach in the program's history. The hiring is pending approval of the A&M System Board of Regents.

"Texas A&M University-Kingsville is a special place with a tradition-rich football program," Salinas said in the release. "It is a great honor and privilege to have the opportunity to return to Kingsville and lead the Javelina football program. I am especially grateful to President Hussey, Steve Roach, and the entire Javelina family for this tremendous opportunity, and their support and belief in me."

Salinas' most recent football job was as head coach of the Weslaco Panthers in the 2018 season. He led the Panthers to an 11-2 record and a bidistrict and area championship in his final season there. He resigned after that season to pursue a career outside of football during the most recent season.

He was one of three finalists for the position. Salinas accepted the position on Thursday and will be formally introduced during a press conference on Jan. 6 at the school.

Salinas is married to Javelina Athletics Hall of Famer Lesley Zambrano, who was inducted in 2019 as a member of the 2002 Texas A&M-Kingsville softball team that went 46-18, claimed the LSC Championship and reached the NCAA South Central Regional.

He will replace Daren Wilson, who coached the Javelinas from 2015-2019.