Javelinas hang on for quarterfinal win over Dallas Baptist 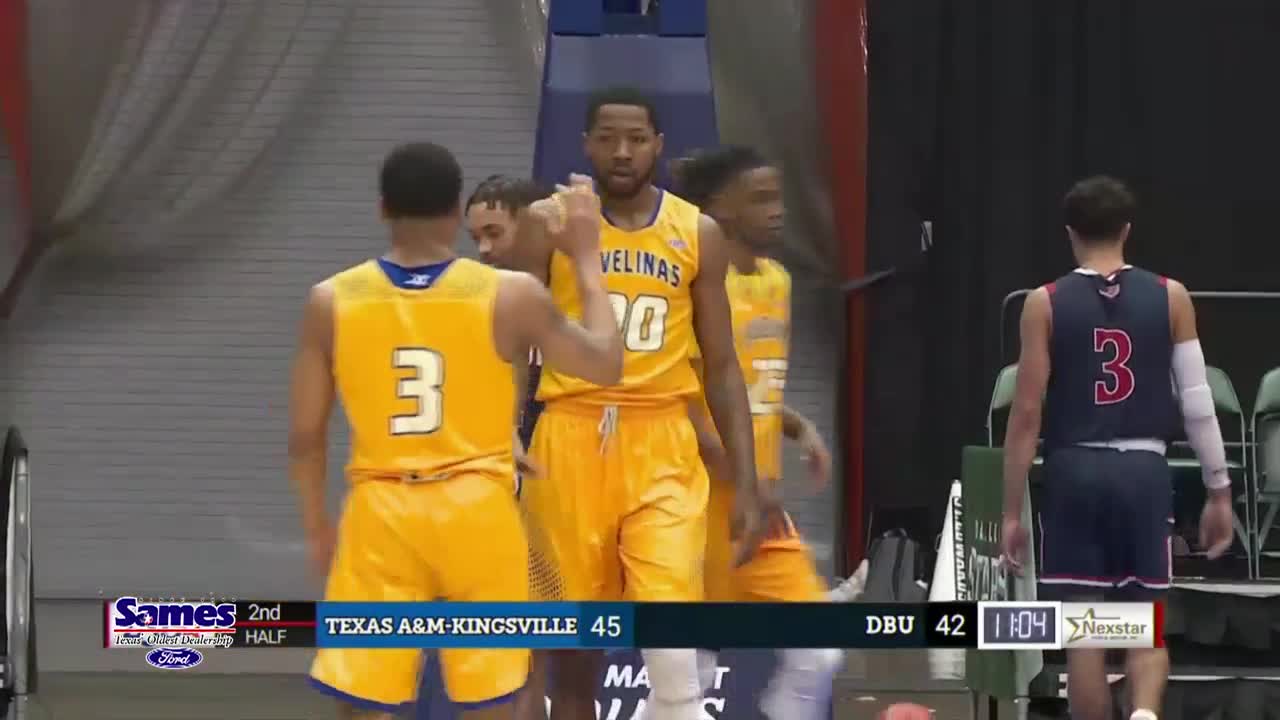 All eyes were on the Texas A&amp;M-Kingsville Javelinas as they opened play at the Lone Star Conference post-season tournament in Frisco. 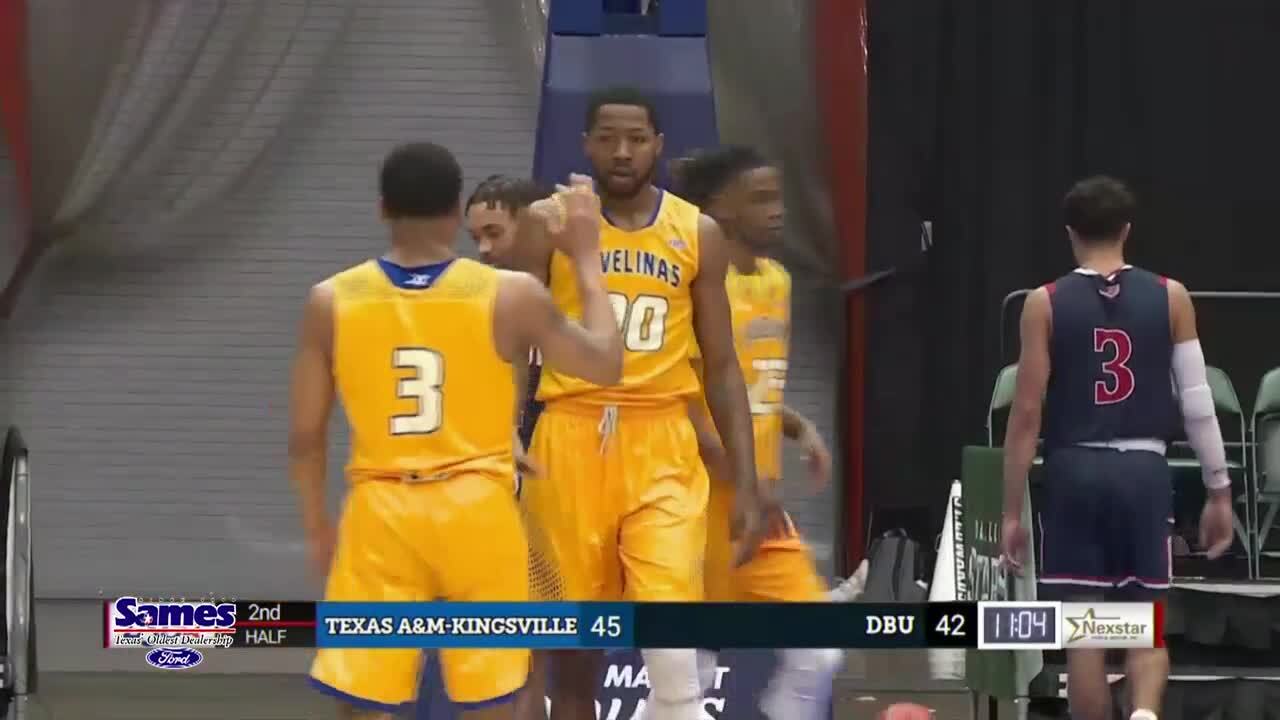 CORPUS CHRISTI, Texas — All eyes were on the Texas A&M-Kingsville Javelinas as they opened play at the Lone Star Conference post-season tournament in Frisco.

The Hogs came in to today’s quarterfinals game against Dallas Baptist as the No. 3 seed.

The Patriots led by two points early in the second half.

But Will Chayer drives and scores, as the former Veterans Memorial star ties the game at 41.

They then worked it inside to Dayante McClellan, who scores and earns the foul to put TAMUK up by five with 11 minutes left.

Later, Dallas Baptist pulled within three, but Rashon Thomas provided a huge 3-pointer, his third three of the game.

The game was not easy, but the Hogs hung on for a gritty 71-66 victory.

It pushed him into tomorrow’s semifinals against St. Edwards, who advanced by defeating Tarleton State.