Javelinas finding their identity by practicing in blast-furnace heat 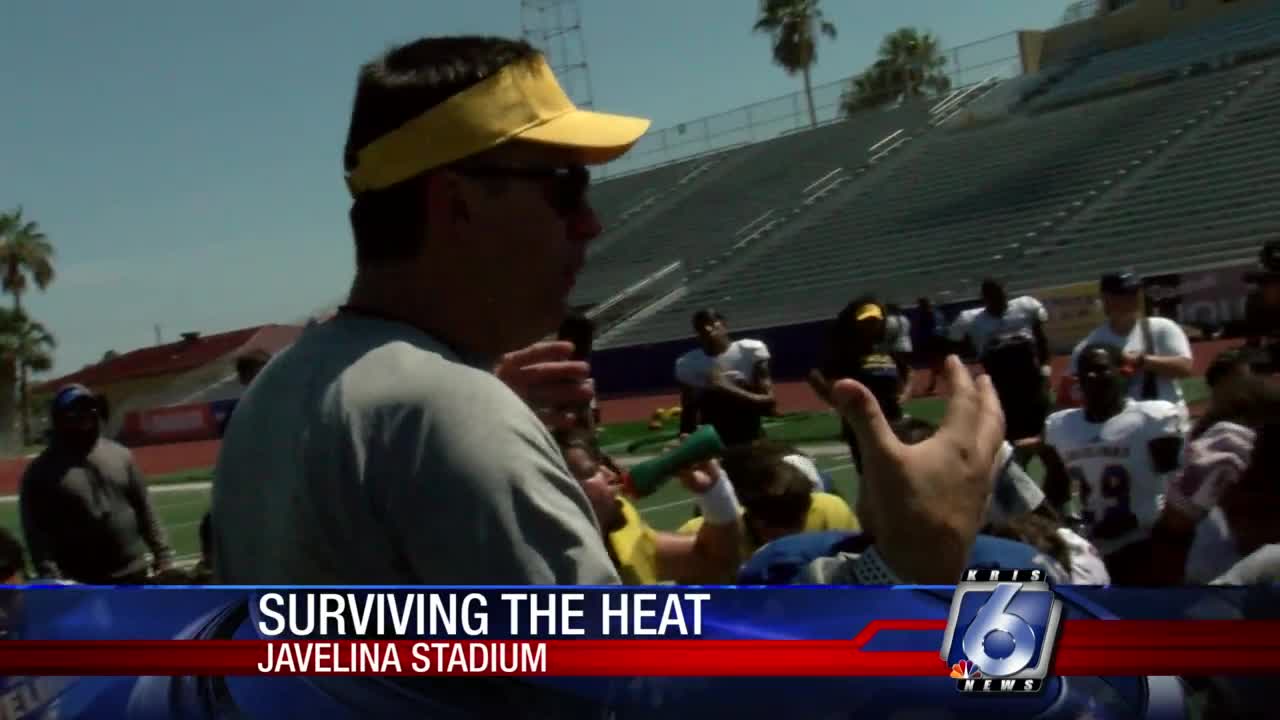 Texas A&amp;M-Kingsville was hard at work this morning despite some sweltering temperatures. https://www.kristv.com/sports/javelinas-finding-their-identity-by-practicing-in-blast-furnace-heat 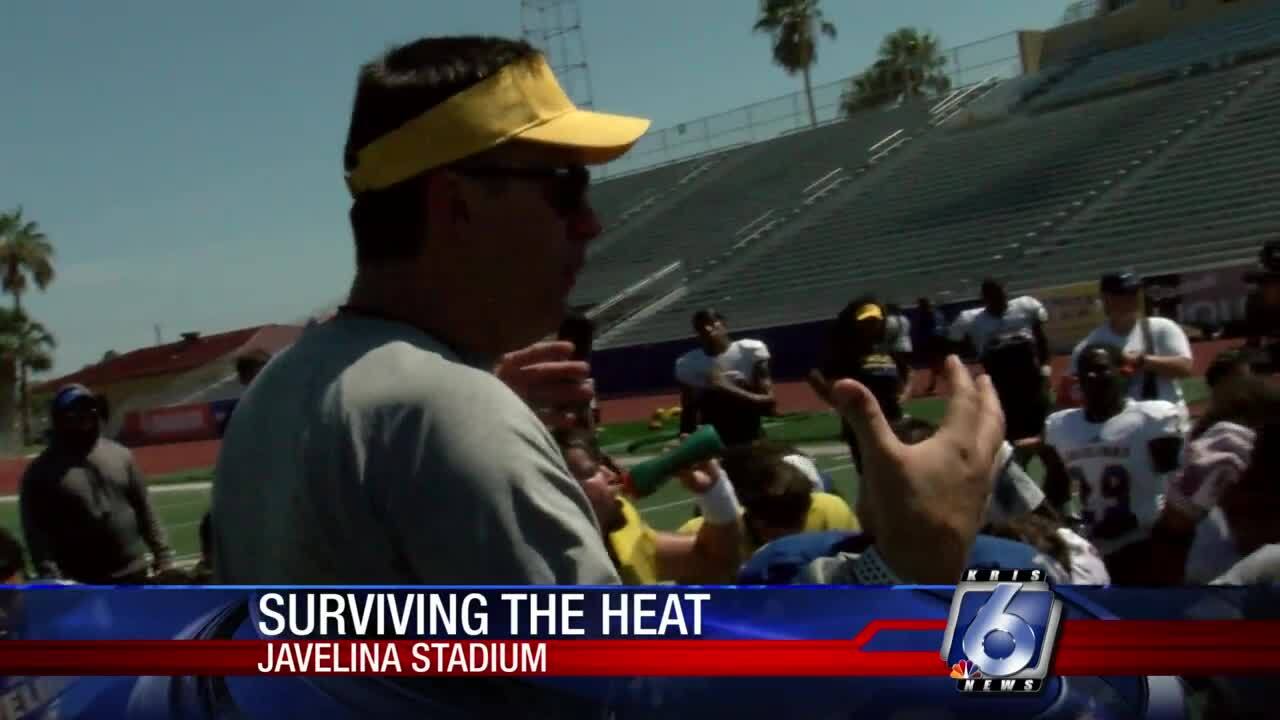 KINGSVILLE, Texas — Texas A&M-Kingsville was hard at work this morning despite some sweltering temperatures.

Coach Daren Wilkinson explained to his players that because of the South Texas heat and the Javs’ big fan support, his team plays with a huge advantage at Javelina Stadium.

And that takes on a bigger emphasis this year because the Hogs will play seven of their 11 games at home, including their first three games. So they have a chance to really jump out of the gate early and post a good record.

But heat was the big story this morning, even at 10 a.m. the heat index had already hit 105.

The Javelinas take a lot of pride in being in shape and that could pay huge dividends this fall.

“Yeah, you just have to keep going, just keep thinking about week one and ask yourselves are we prepared?” quarterback Koy Detmer Jr. said. “So if we are lackluster or lagging behind it may be because of the heat, but hey it's hot for everyone. Football is football and we just have to get after it.”

The summer heat is testing the Javelinas physically and mentally, according to defensive back Ronnie LaRue.

“It all happens from preparations so we have prepared in the summer for this heat so when we come out here it's nothing new,” LaRue said. “This is South Texas and it's very humid and most of the team is from this area, so it's nothing they have not grown up with or been around all their life.”

Wilkinson said the Javelinas glean some of their blue-collar nature through their continual work in the blast-furnace conditions.

“The biggest thing is they need to recognize … they need to relish this because this is who we are,” Wilkinson said. “We are Javelinas, we are South Texas and this is our blueprint for success is dominate in these kind of conditions and wherever we go this year our guys will be ready.

“No one will be in better shape than us and we need to make sure we take advantage of these conditions and get ourselves in shape.”

It all starts for the Hogs when they open the season at 7 p.m. Sept. 7 at Javelina Stadium against Saginaw State.