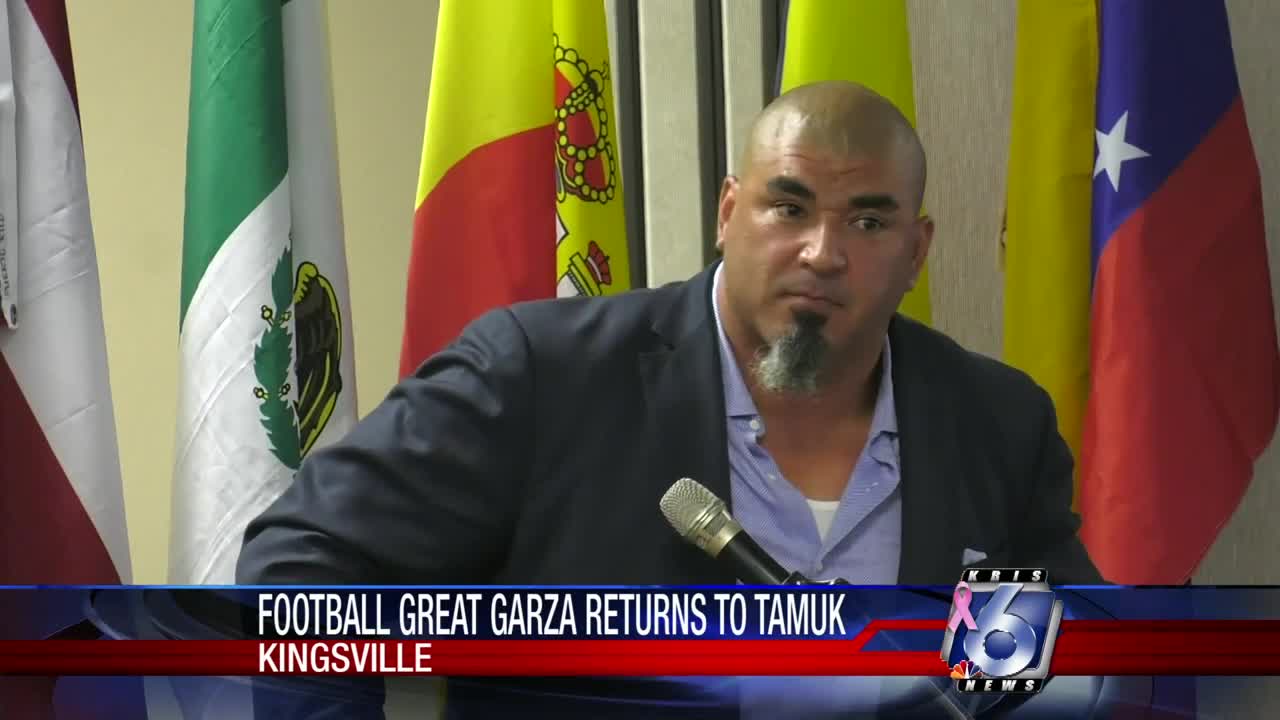 KINGSVILLE, Texas — One of the all-time great Javelinas football players was back on campus this week.

Garza played 14 years in the NFL including 10 years with the Chicago Bears, and was a terrific center and offensive lineman.

He was part of the Bears' Super Bowl team that lost to Indianapolis back in 2006. During that season he was one of just 19 Hispanic players in the NFL.

"I grew up in a small town," he said, "Sixteen-hundred people, and I was able to live out my dream and play here at Kingsville, a Division II school. Not like the big Division I schools, but I was able to play and make it a 14-year career. So it does not matter where you come from, as long as you believe in yourself and work hard, anything is possible."

Garza started his football career at Rio Hondo High School down in the Rio Grande Valley.