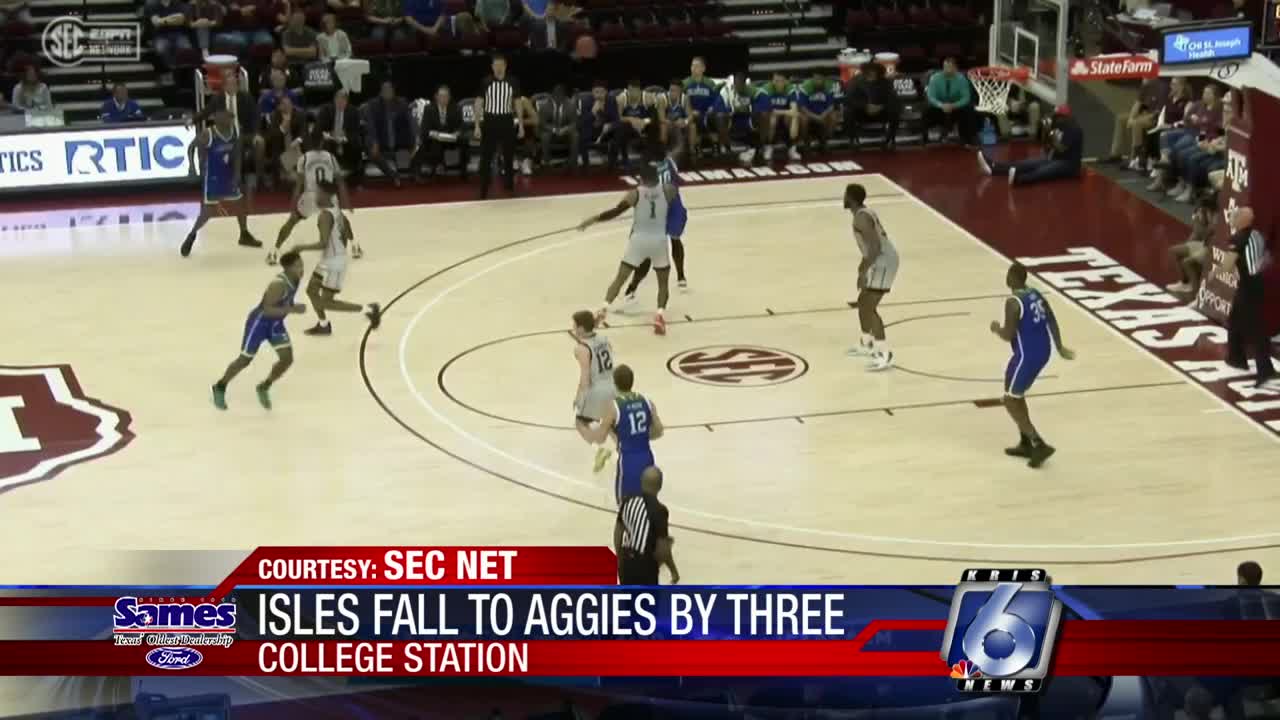 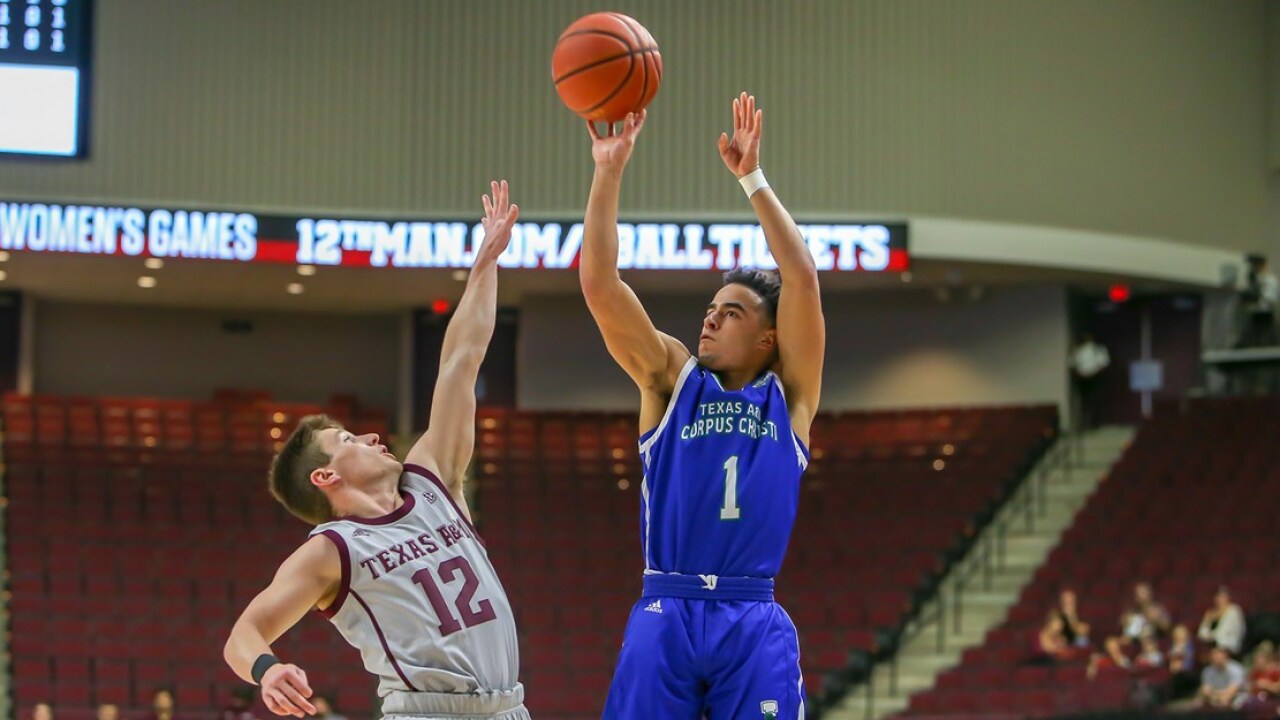 CORPUS CHRISTI, Texas — The Islanders will attempt to rebound after a tough 63-60 loss at Texas A&M on Sunday.

The Islanders led for most of the game, dominating the Aggies for long stretches. They led by seven points at the half and an 11-point lead early in the second half before the Aggies closed on an 8-3 spurt over the final 4:16 to eke out the narrow victory.

Cold shooting doomed the Islanders down the stretch as they misfired on six of their final seven shots.

Jordan Hairston nailed seven 3-pointers – including six in the first half – to score a game-high 25 points points for the Islanders. Myles Smith chipped in with 16.