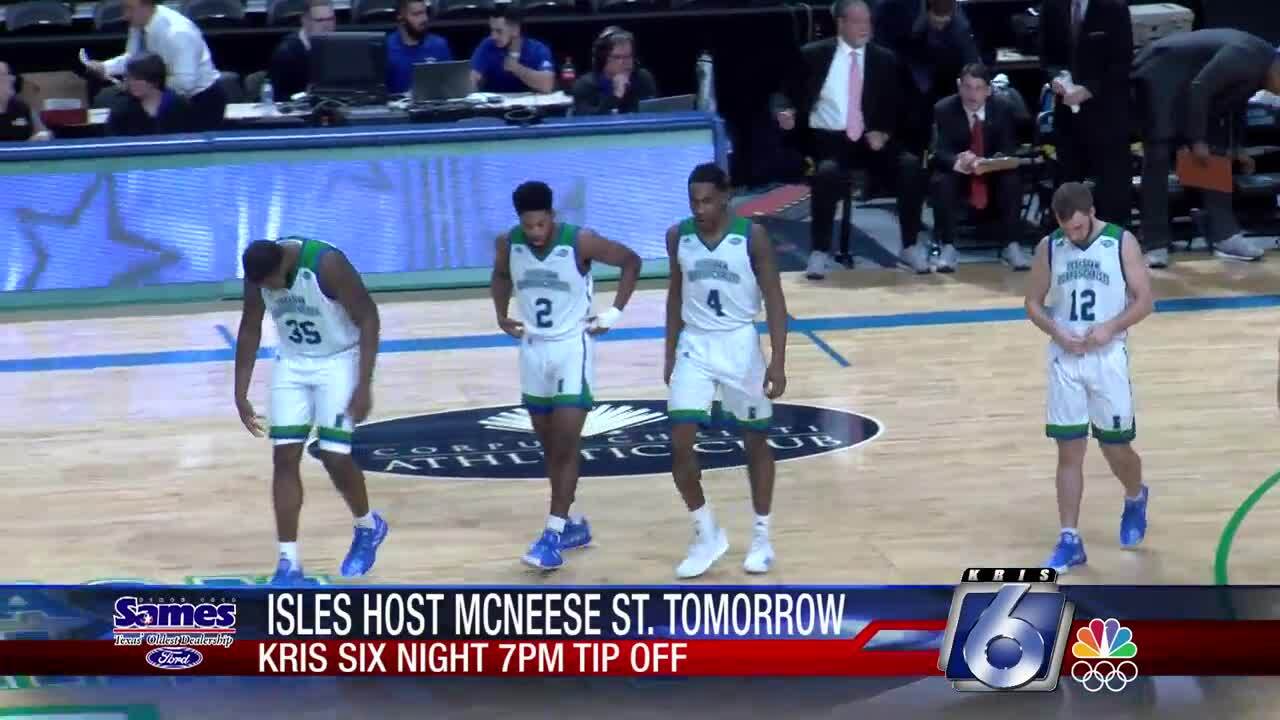 KRIS file photo.
The first 250 fans who mention KRIS TV will be admitted free to the Islanders&#39; game Wednesday night at the Dugan Center against the McNeese State Cowboys.

It will be KRIS 6 Night. And because of that, we have a bargain you simply cannot pass up.

The first 250 fans will be admitted free if you mention KRIS 6 at the door.

Absolutely free with no strings attached.

Texas A&M-Corpus Christi will be looking to snap a two-game losing streak after winning its previous three games.

There are eight conference games left. The Isles are looking to move up in the standings and earn a higher seed for the upcoming post-season conference tournament.

But it won’t be easy, according to Islanders coach Willis Wilson.

“We have a tough stretch,” Wilson said. “We started conference play with eight of the first 12 games on the road and that does not bode well for tremendous success. But the worm has turned as we are finally back home, we have six of our next eight at home playing against some really top notch teams that are ahead of us in the standings.”

Wilson said his team is prepared for the brutal finish.

“It’s an opportunity to move up, certainly, playing at home,” he said. “We can take advantage of that and work ourselves into a pretty good seed for the conference post-season tournament.”

“Coach opened up our eyes to a bunch of small things that we were missing that we thought were getting covered,” Schmidt said “The whole team bought in and made a shift and it has shown in the past couple of games.

“We definitely need to stay up on everything and keep track of the small things as we go into the later part of the season.”

The game also will be carried live at 7 p.m. on KDF-TV and streamed live on KRISTV.com.