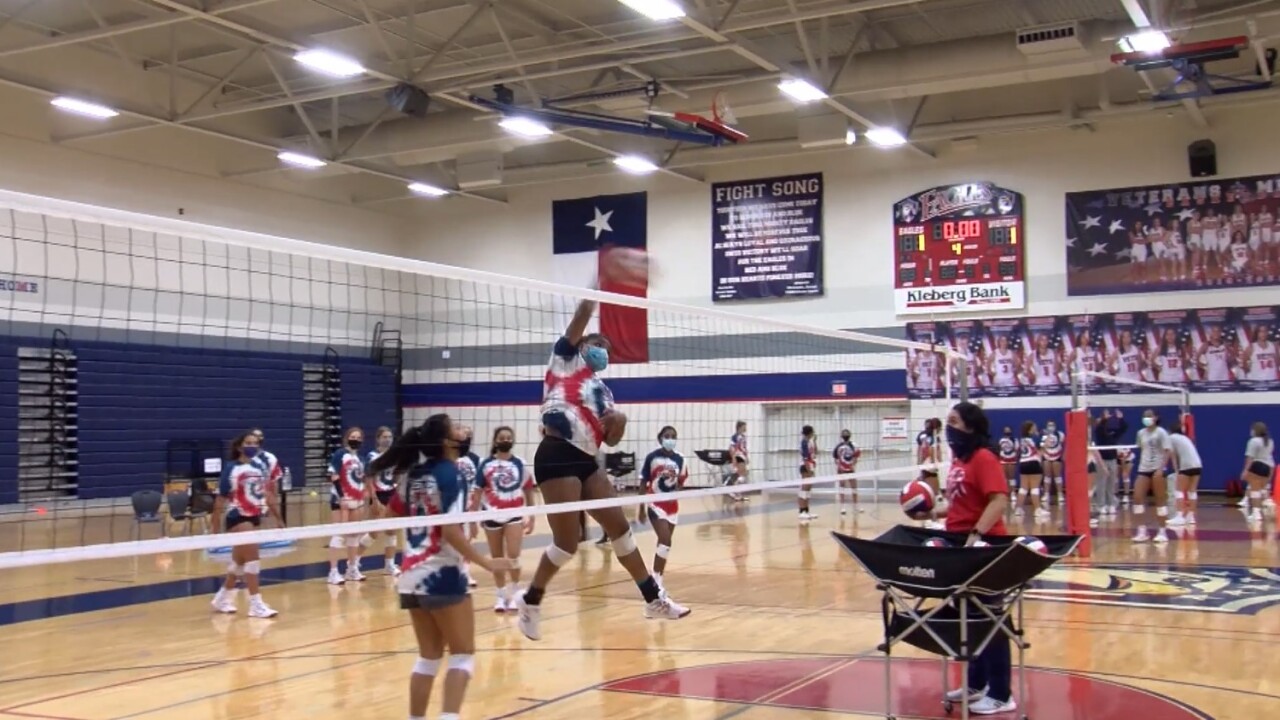 CORPUS CHRISTI, Texas — Twenty-four years after the Corpus Christi and Victoria Independent School Districts became the last Class 5A school districts in the state to introduce volleyball programs, the Coastal Bend is still waiting for its first state championship as the 2020 regular season nears its halfway point.

Fueled by big strides, including a state semifinal appearance by King in 2010, CCISD teams are hoping to take the next step against statewide competition.

"With high school volleyball and the level of coaches in the area and club becoming really popular, I think that's really helping our level of volleyball and our area athletes,” said Veterans Memorial coach Shelby Chapa. “They are getting a lot of touches on the ball year-round, which is helping them compete against teams further north of us.”

Seventy girls tried out for the Veterans Memorial squad, which is currently 6-1 in district play and trails only undefeated Flour Bluff.

"Girls just fall in love with the sport and the intensity along with the bond you create with your team,” said Cassandra Esquivel, who led the Eagles with 17 digs in this week’s straight-set victory over Victoria East. “It's an overall family feel of getting to play and support one another and really compete."

It’s also a passion that is starting earlier and earlier in athlete's lives.

"As they get into high school, they are coming into their freshman season as highly developed players, which is helping the overall level of volleyball," Chapa said.