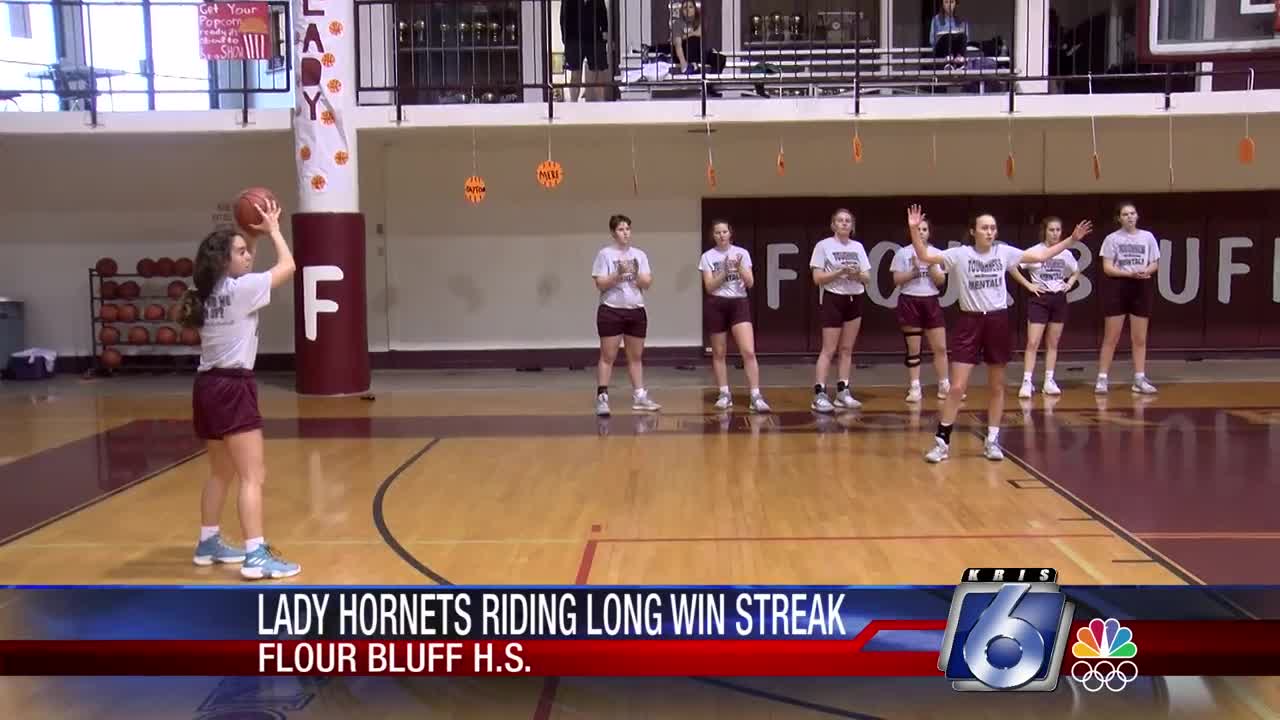 We’ve reached the halfway point in high school basketball district play and the good teams are beginning to rise to the top. 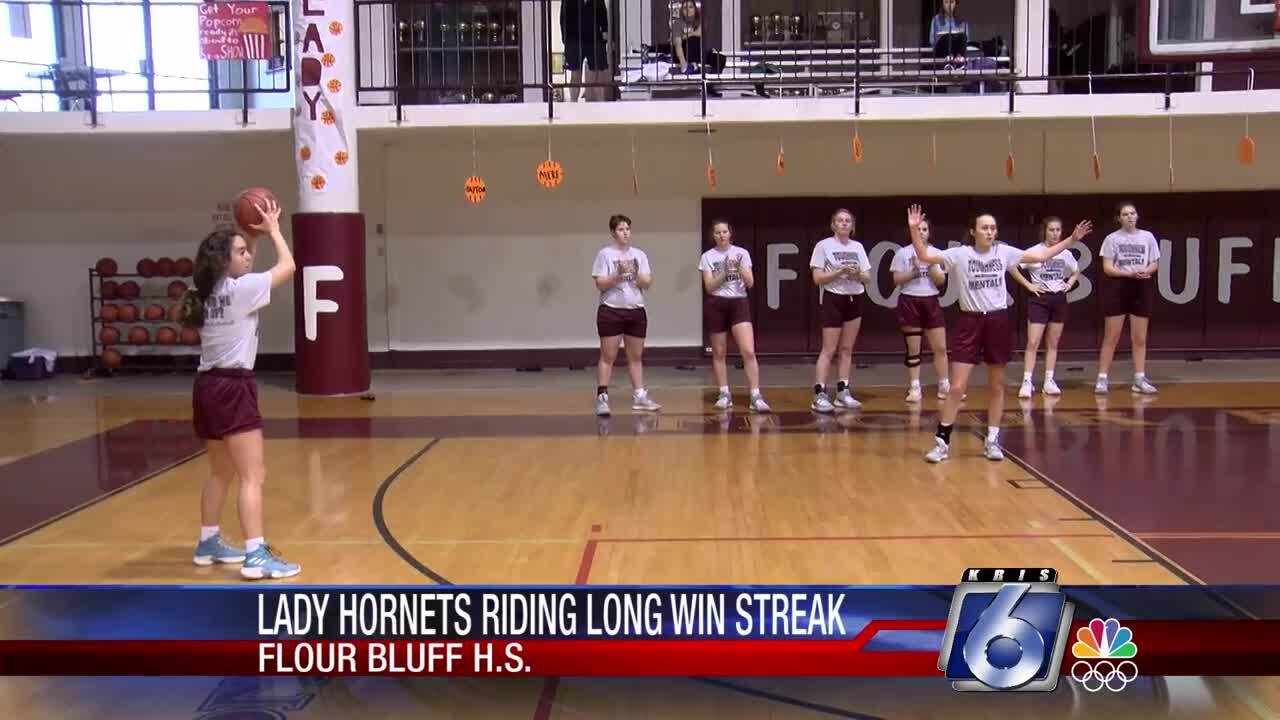 CORPUS CHRISTI, Texas — We’ve reached the halfway point in high school basketball district play and the good teams are beginning to rise to the top.

And among those in particular are the Flour Bluff Lady Hornets. They are always a serious threat to make the regional tournament and sometimes state as well.

They are playing exceptionally well now.

Following a tough pre-district schedule, the Lady Hornets are currently soaring on a 15-game winning streak.

That surge has boosted them to No. 25 in the state.

All this despite losing two of the best players in the city due to graduation from last year’s team.

But here they are, on top again.

“It's the chemistry we have playing together and it's a lot of trust throughout the team,” forward Gloria Geurin said. “Years go by and we always find that trust with each other and it's all about team chemistry.”

Despite breaking in a new rotation, the Lady Hornets’ strong personnel has helped with the recent streak.

“We have a lot of talent here and I think a lot of it is our defense,” forward Meredith Zey said. “We are really good at pressuring people and forcing turnovers.”

Point guard Maggie Harrel said the team’s work ethic has been forged by intense practice sessions that have prepared it for the season.

“I think because we put the work in at practice. you can see it when we play,” Harrel said. “(Flour Bluff) Coach (James) McMinn always tells us to go 110 percent and so we do that and it transitions really great.

McMinn credited several tough preseason games for setting the tone for his team.

“The preseason games that we played in Georgetown and Marble Falls have paid off here in the late going,” McMinn said. “Seeing that kind of ability and athleticism up there has really helped us during district time.”

Up next for the Lady Hornets will be a trip to Alice Friday night and a home game against Tuloso-Midway a week from tomorrow.