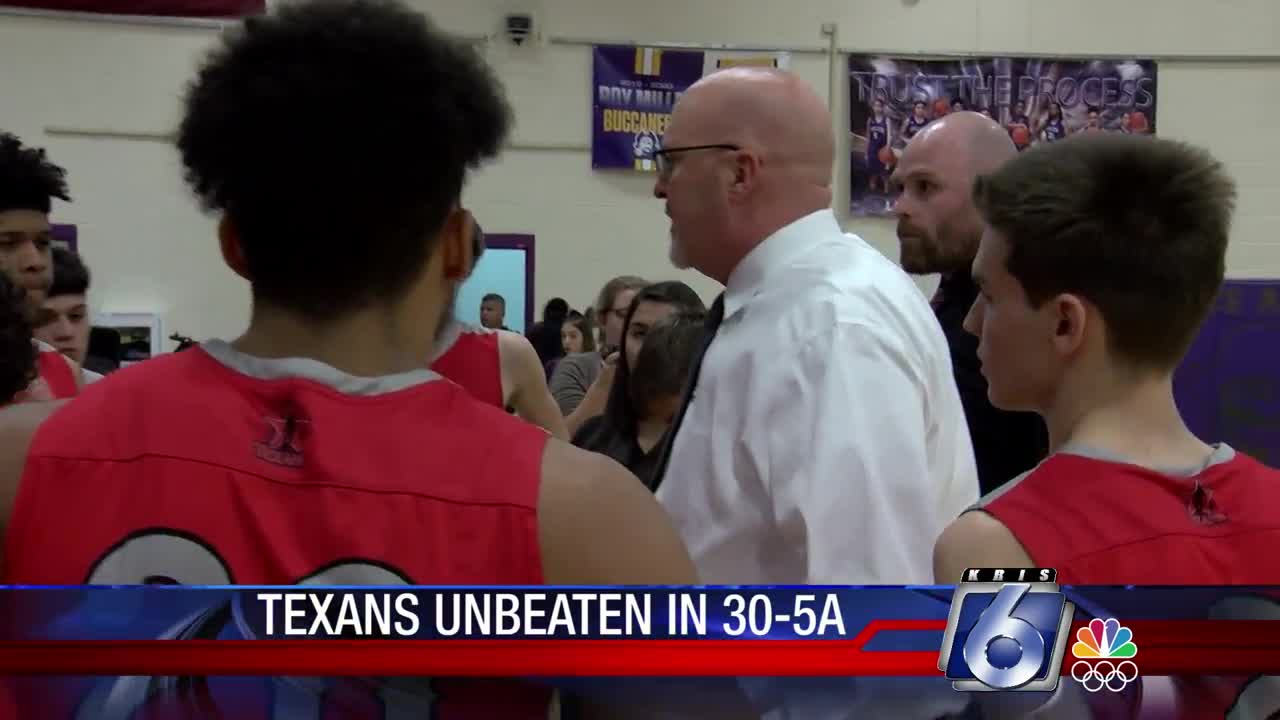 It’s a battle royale in District 30-5A boys’ basketball so far this season. 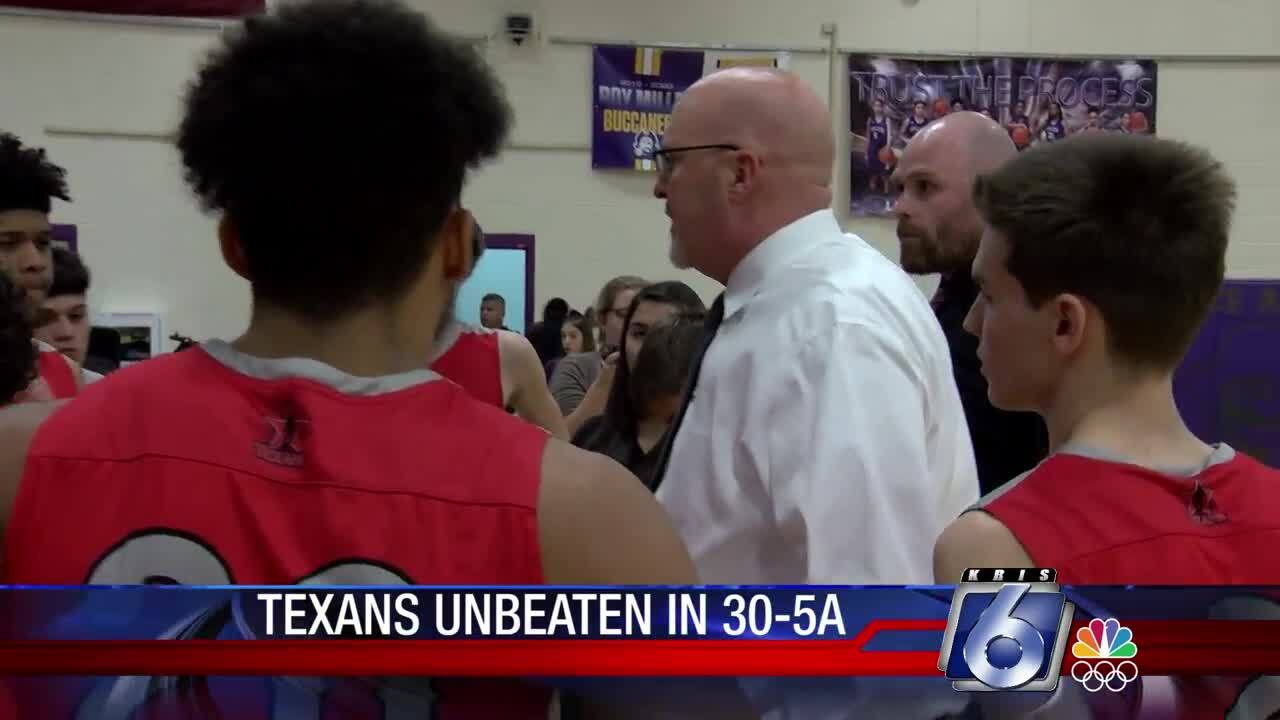 CORPUS CHRISTI, Texas — It’s a battle royale in District 30-5A boys’ basketball so far this season.

The Texans are coming off an impressive overtime triumph over previously unbeaten Miller Tuesday night.

They are getting it done under new coach Robert Dodd, who has strong ties to the area. His dad was a long-time and highly successful coach at Ray.

The Texans can beat you in many ways with a lot of talent on their roster.

A strong senior core has been pivotal for the Texans this season, according to senior forward Jalen Williams.

“I believe the three starters coming back … we’re holding ourselves to be leaders,” Williams said.“We actually have six returners so everyone on the team is really taking that good season we had last year and putting it back on this year.”

Despite that success, Dodd is determined to keep his team’s focused on what is ahead.

“We talk about being ready every night and sometimes high school kids can get complacent,” Dodd said. “We won district last year. We beat them last year, we did this, we beat them the first time and we try not to get overconfident.

“We just have to get better at what we do and can't be complacent and just get better every single day and that's something we strive to do.”

The showdown with Vets will be at 7:30 p.m. tomorrow at Ray Gym.

And the Miller Bucs are a game out of first place in the district.