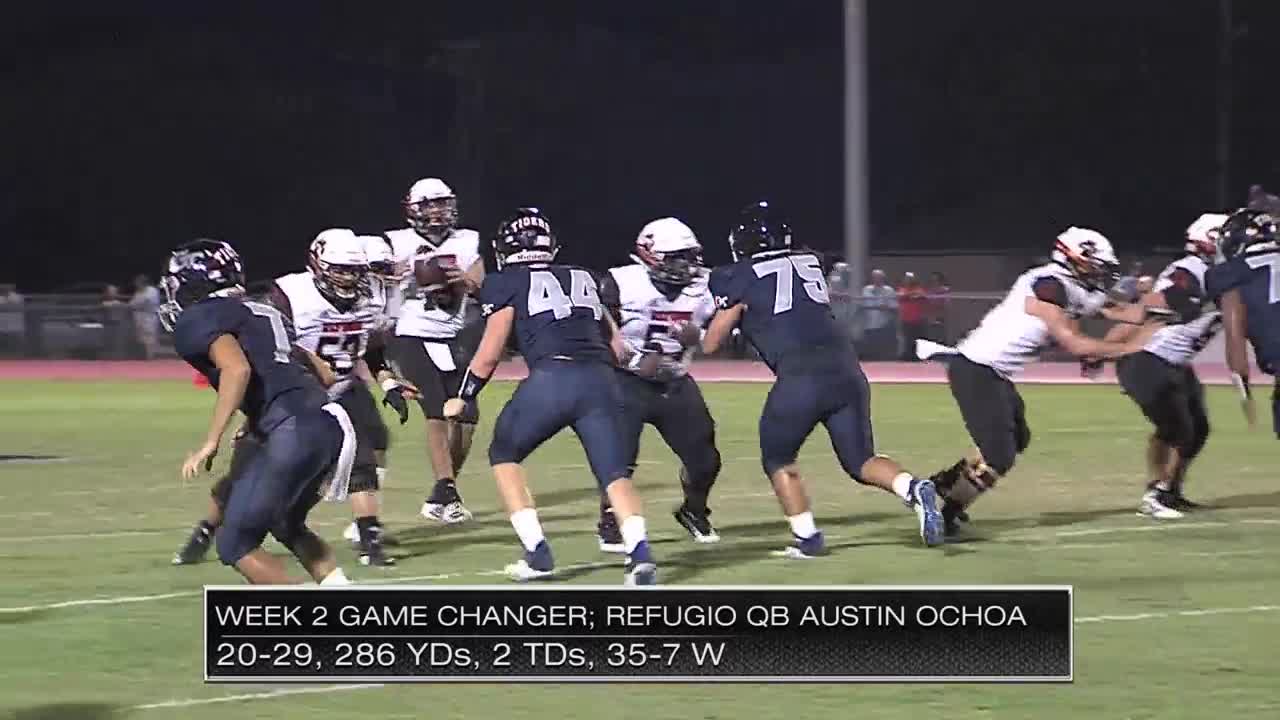 It is already September and we are through two weeks of the high school football season. https://www.kristv.com/sports/high-school-sports/refugio-qb-austin-ochoa-wins-week-2-game-changer 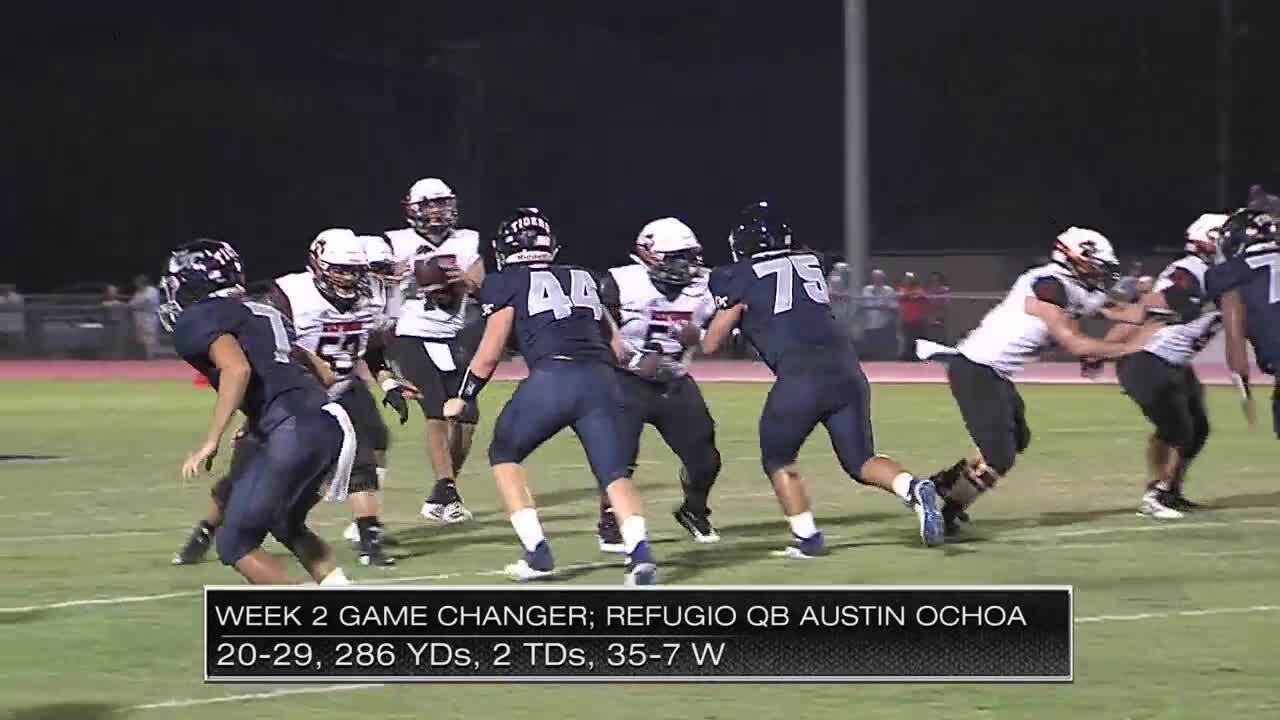 REFUGIO, Texas — Time is flying by people! It is already September and we are through two weeks of the high school football season. District play, believe it or not, is set to begin this week.

But before we all look ahead to week three let us look back for just a moment at week two. There were plenty of great games around the area and some exceptional individual performances as well. As always on Monday's we select the best of those performances and name them our Friday Night Fever Game Changer. This week we had plenty to choose from but the ultimate winner was decided based on one factor: revenge.

Refugio quarterback Austin Ochoa will walk away with the award this week. He led the Bobcats to a big 35-7 victory over Goliad last Friday night. It was a big win. Last year, Goliad marched in Refugio and won 35-0. This time Ochoa led the Bobcats to a win on the road and big revenge victory.

Ochoa was 20-29 passing with 286 yards and two touchdowns through the air.