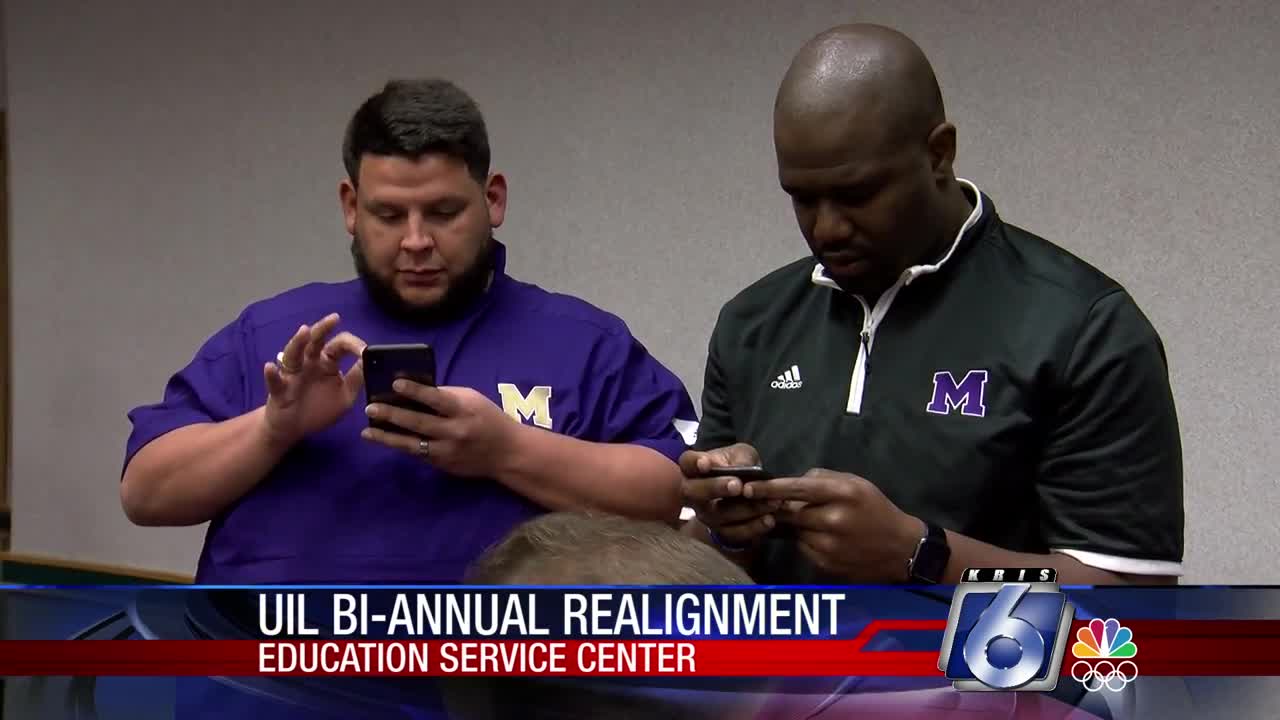 Today is the biennial realignment. 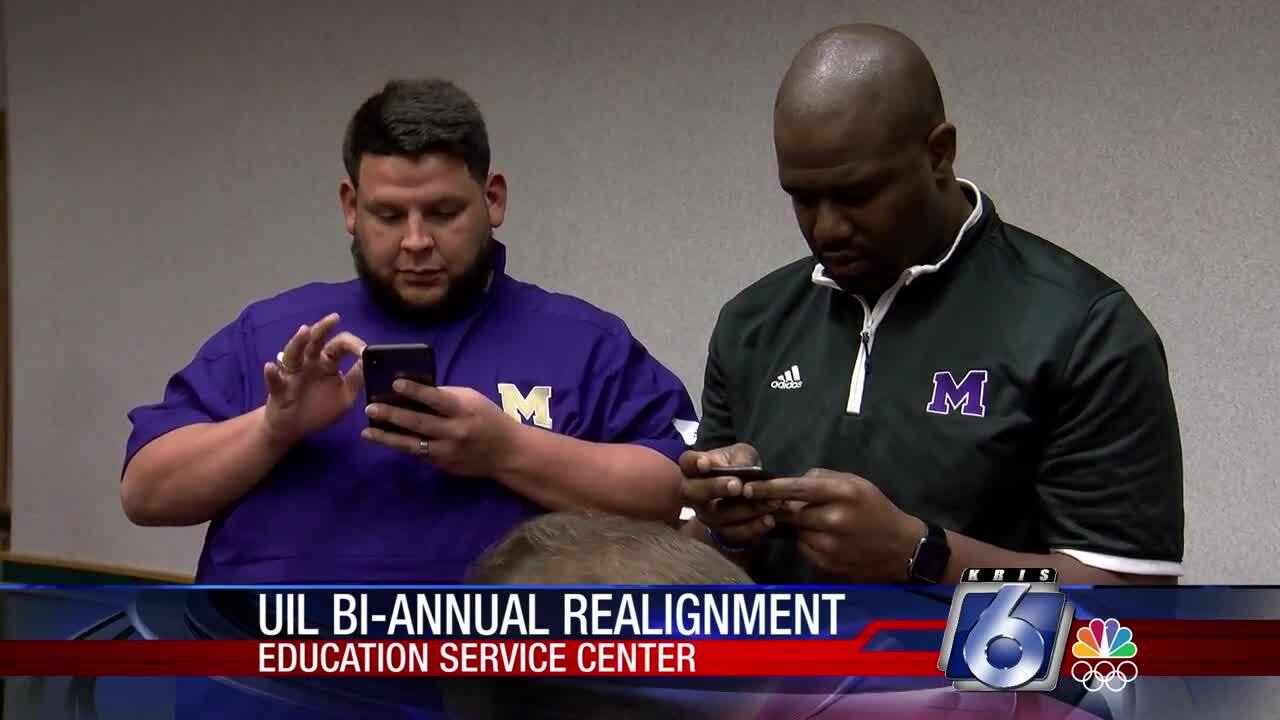 Every public school in the Coastal Bend was affected.

Let’s take a look at our Class 4A schools with lots of big story lines.

There was as always a lot of anticipation over at the Education Service Center this morning.

One of the big story lines going in was Alice. Would the Coyotes play in a local district or go south to the Rio Grande Valley?

The Coyotes will play locally in the newly created District 15-4A Division 1 along with Calallen, Miller, Tuloso-Midway, Beeville and Port Lavaca.

Once coaches officially found out which district they would play in, they immediately began working on non-district scheduling. There were a lot of holes to fill and that can be very stressful.

“How difficult is it?,” veteran Calallen coach Phil Danaher asked. “That's hard for me to say because a lot of people don't want to play us, so that's the tough thing.”

Beeville football coach Chris Soza said it’s taxing because of the uncertainty of the number of district teams before the district release.

“You're right, it's stressful because you think you have games but all of a sudden you lose games because of the district you are in or someone else changes their mind,” Soza said. “Nothing is ever set in stone because you take a coach’s word for it but then it does not work out. We are struggling looking for games.”

Alice coach Kyle Atwood said all schools are familiar with the uncertainty.

“It has been very difficult,” Atwood said. “Since many local schools went 5A along with Victoria for a nine- team district, we had scheduled a few non-district games with them but have been forced to drop us. We are looking for a couple of last-minute games but hopefully in the next hour we will get it resolved.”

Miller coach Justen Evans said the feeling is shared among coaches across the state.

“There's different guys at Education Service Centers around the state who are still looking for games,” Miller said. “So we are calling and asking, also texting other coaches so that's what is great about this business is that you all eventually needs games.”

There’s a happy ending to all this.

Teams were finally able to fill their schedules and of course it all gets underway in August with the start of the season.