Marquee Matchup: A battle between Miller Bucs and Calallen Wildcats 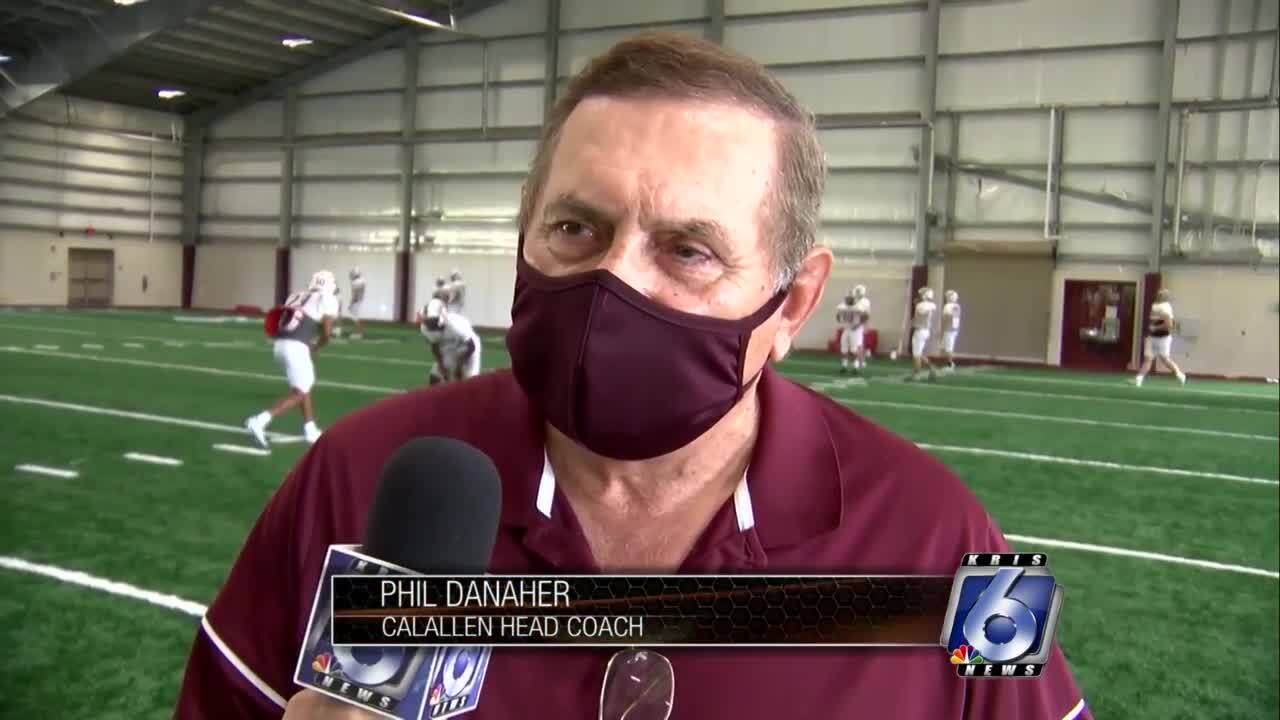 CORPUS CHRISTI, Texas — This week's Friday Night Fever Marquee Matchup will be a battle between two of the best teams in South Texas when Miller plays host to Callalen on Friday at 7:30 p.m..

The Wildcats head into their big showdown with the Bucs playing their best football of the season.

Calallen has won three in a row, putting up 52 on Tuloso-Midway last week and quarterback Terik Hickmon has become a major threat running the football.

Running back Jeremiah Earls appears healthy following an ankle injury, averaging over 10 yards a carry. He says he will have to be at the top of his game against a good Miller defense.

"I just have to keep doing what I have been doing, following my blockers and making sure whatever they call I have to listen and go off of that," Earls says.

Of course, a lot has been said of Miller's great offense, they are averaging 56 points per game. But, Calallen has a pretty good defense as well.

Calallen has given up only 20 points total in their last three games.

"Our biggest problem is definitely Miller's passing game," says Donovan Iglehart, defensive tackle for Calallen. "We have to put pressure on the QB and the running backs too, they are a load and we're going to have to hit them low and hard."

"They have an outstanding offense and very explosive so we have to be able to shut them down," says Phil Danaher, Calallen Head Coach. If we can do that and move the ball offensively it will be a very tight ballgame to the end."

With the makings of one of the best football games we will see this year, don't worry if you can't make it out to Buc Stadium Friday Night. We have you covered. The game will be televised live on our sister station KDF-TV at 7:30 p.m.