Local athletes moving to next level on National Signing Day 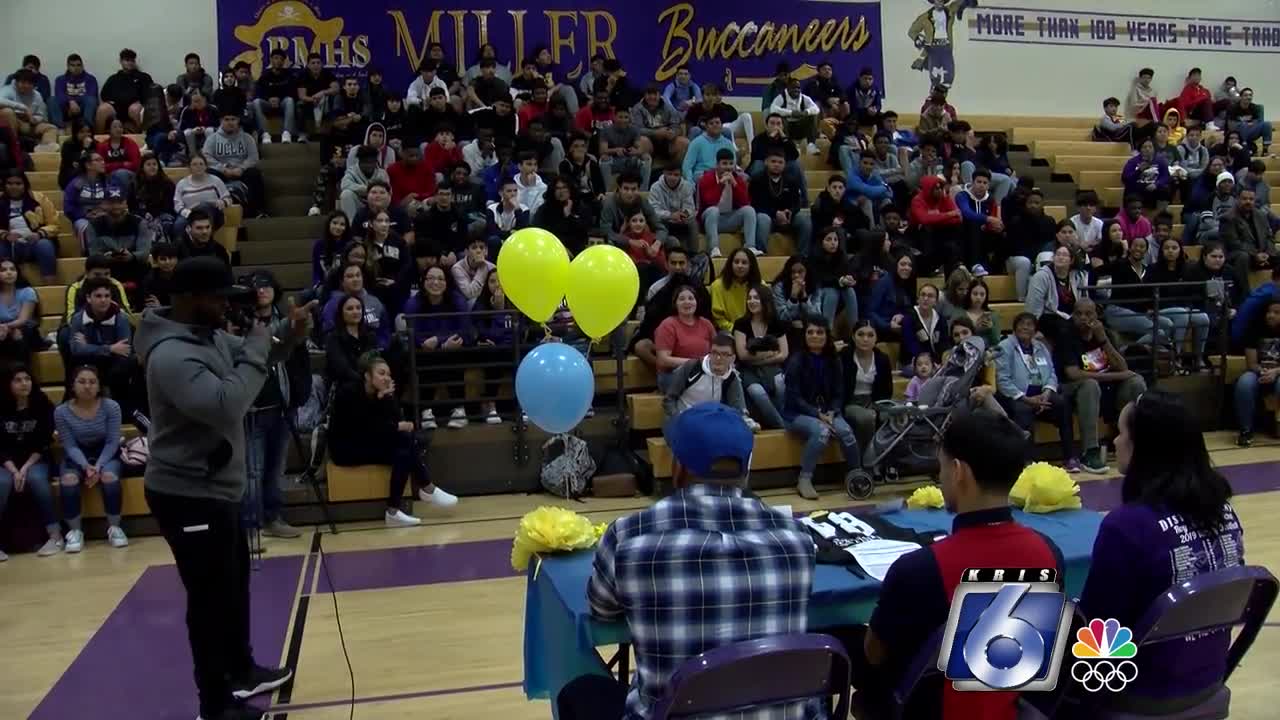 It's National Signing Day and many of our area high school athletes are finding their dreams can become reality. 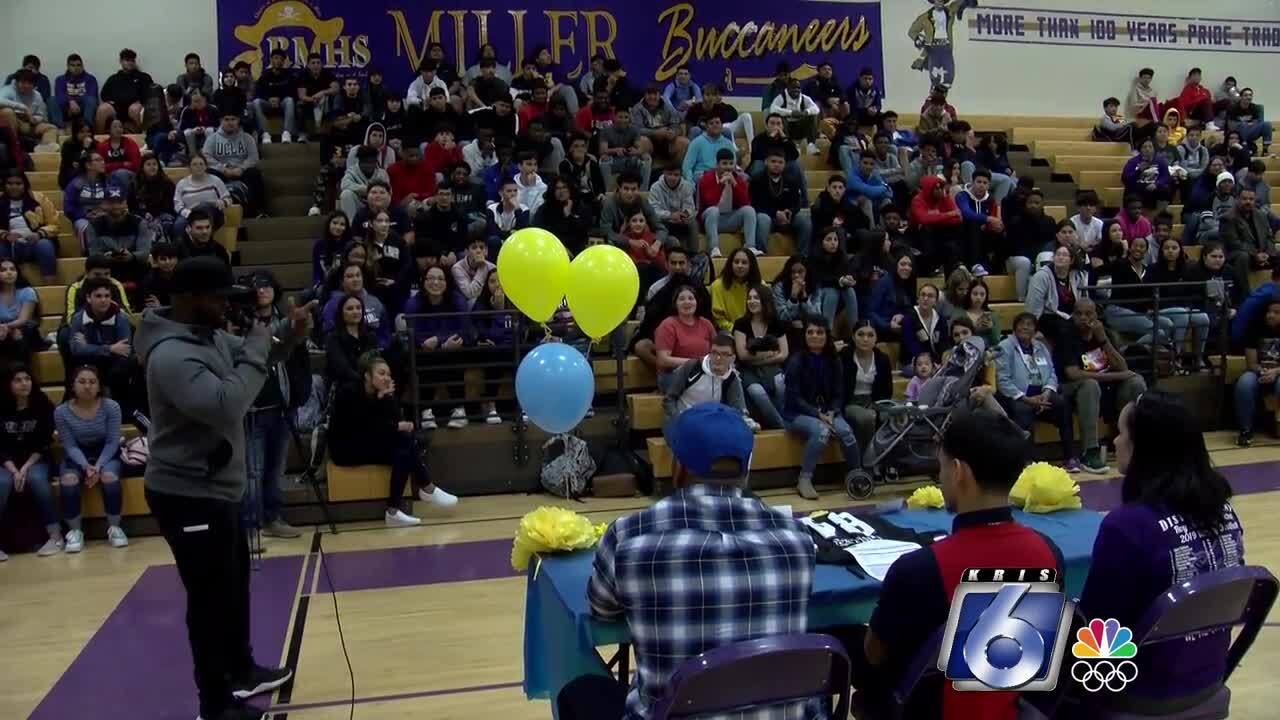 CORPUS CHRISTI, Texas — It's National Signing Day and many of our area high school athletes are finding their dreams can become reality.

Over at Miller, it was an extra special day for Coach Justen Evans.

He watched five of his football players sign to play at the next level.

These signings make 11 Bucs in the past three years to earn scholarships.

Zamori Nickles and Ezekiel Moya will play at Texas College and Richard Gonzales is heading to Vermilion College in Minnesota.

“It means a lot because I came a long way to make this dream come true to play football for another four years,” Clay said “I tell my fellow teammates, stay on a grind and keep working hard and the kids that look up to me just stay focused/ And having good coaches here at Miller will get you to the next level.”

Evans is proud of all of his players getting to play college ball.

“Our goal and our vision three years ago when we got here was to make sure that we just were not coaching kids for Miller, but setting them up for life,” Evans said. “The five young men here and we will have more signing later, their dreams are becoming reality. For them, they realize they can go play college football, get their school paid for and go be successful, so we are extremely excited about that.”

And at Calallen, Luke Youngblood signed to play at Angelo State. It’s the same school where his coach Phil Danaher played.

At 6-feet-4 and more than 300 pounds, Youngblood is a force on both the offensive and defensive line.

The Rams like his versatility and the fact that he can dominate on both sides of the ball.

His parents also are extremely happy in what was a very emotional day for them, too.

Meanwhile, they had an army of athletes signing over at Flour Bluff.

And not just football, but in variety of sports with 11 student-athletes signing.

They had a tremendous turnout inside the indoor practice field..

Flour Bluff coach and athletic director Chris Steinbruck does a great job with all the academic athletes.

He will play football for the Javelinas in Kingsville.

Gidrey is an outstanding running back and strong safety. The Hogs are lucky to get him.