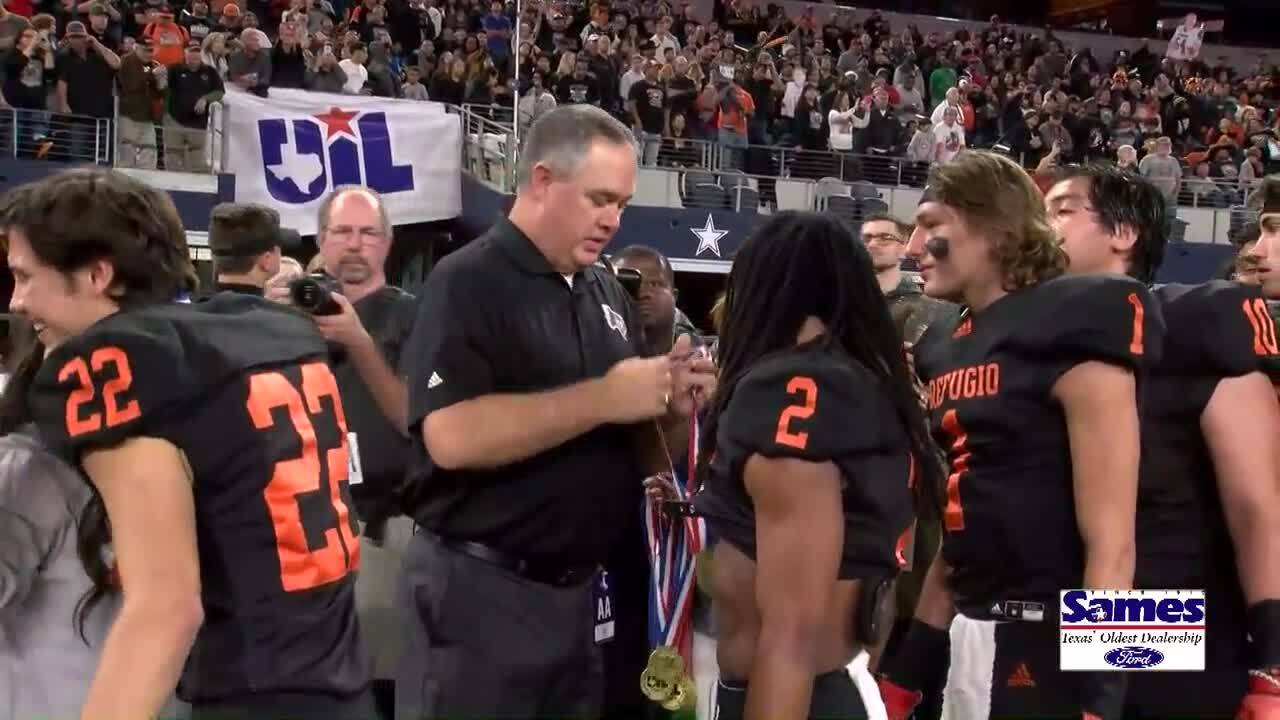 KRIS file photo.
Refugio players receive their victory medals after beating Post, 28-7, in the finals of the Class 2A Division I state championships in Arlington Wednesday night.

ARLINGTON, Texas — It was a perfect 16-0 season for Refugio with a state title to cap it off.

It does not get any better than that. The Bobcats can say they have climbed the mountain and conquered it.

Refugio rallied from seven down late in the second quarter, erupting for four unanswered touchdowns to beat Post, 28-7, and capture the Class 2A Division I state title.

And for the school, it’s state title number five.

Talk about dominance. The Bobcats always find a way and they did it again last night.

And of course, after the game was finally over, all the emotion spilled out onto the field at AT&T Stadium.

That’s what it's all about. All the hard work in the offseason.

The grueling two-a-days and then the regular season followed by six playoff games.

And to finally hoist that championship trophy, an incredible accomplishment.

“Make no mistakes about it, all the credit goes to the kids and man has God blessed us,” Herring said. “Golly Moses, this ain’t the most talented team I have had in Refugio. On paper it's not even close.

“But because of heart, want to and character, it might be the best football team I have ever coached. Does that make sense? On paper, we were not going to win a lot of battles, but on paper we were not supposed to beat Shiner, Holland or anybody else. I am so proud of the kids.”