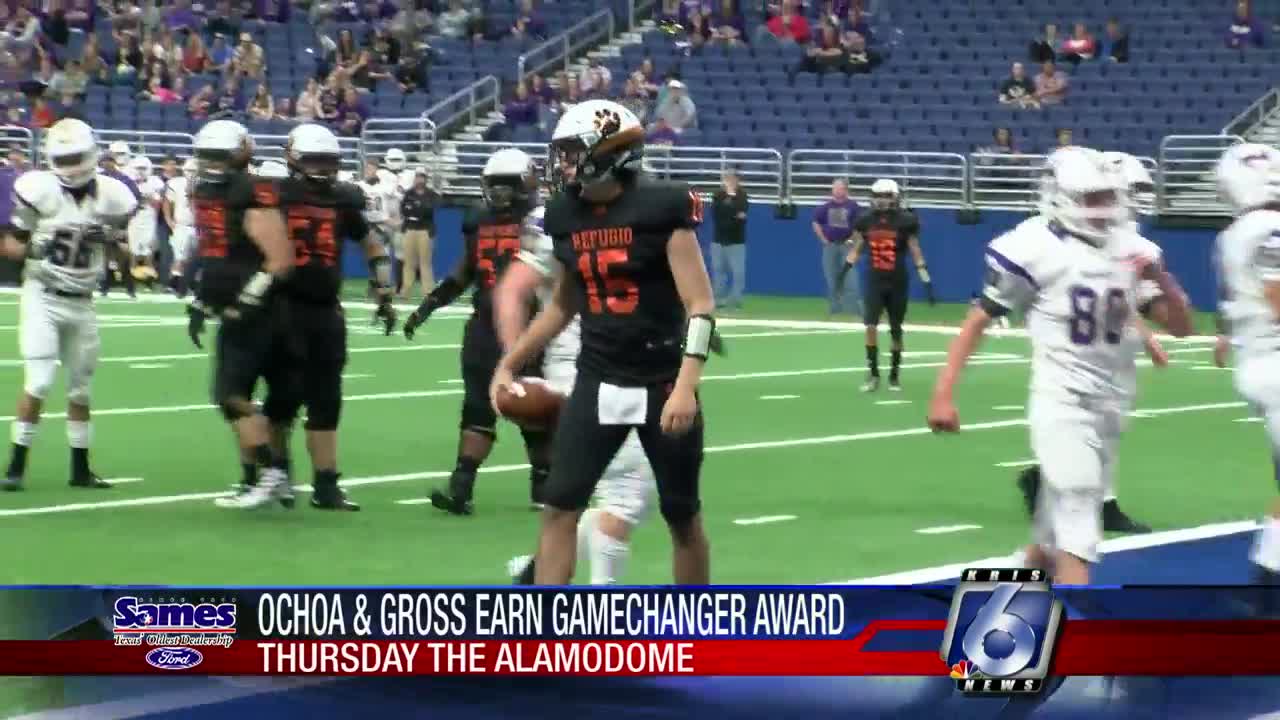 The Refugio Bobcats are in the state semifinals for the fourth time in five years. 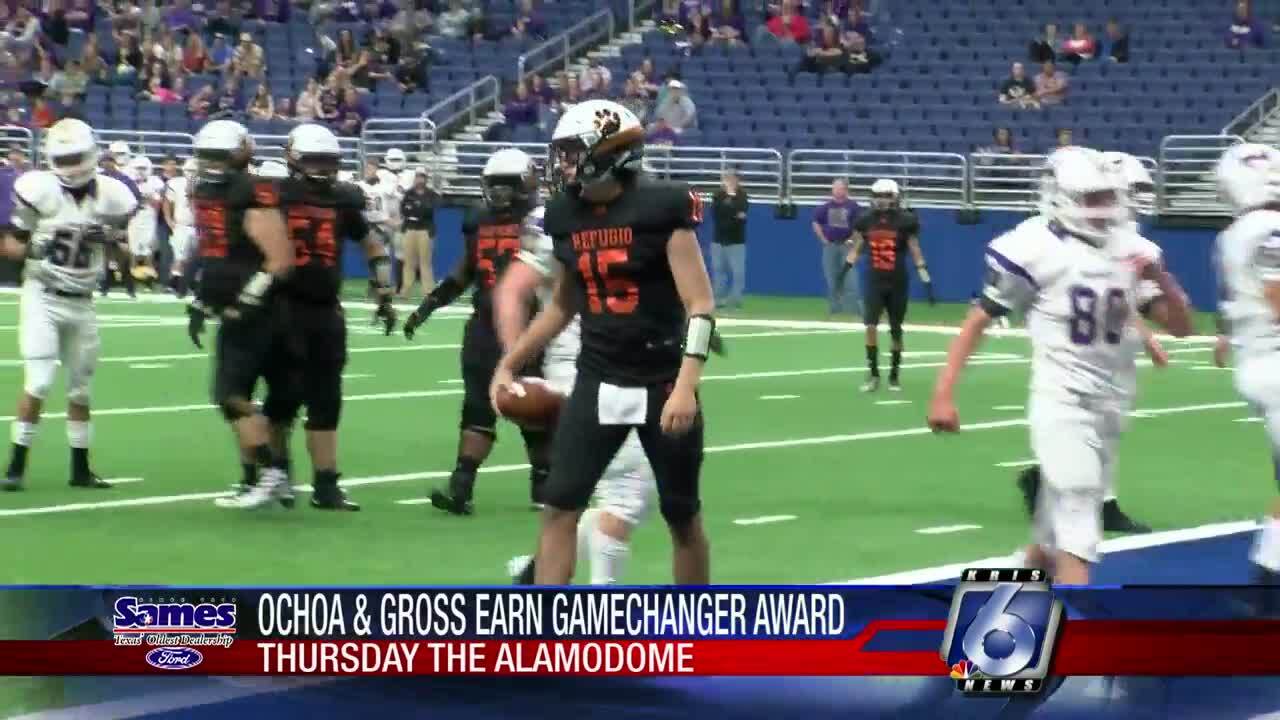 REFUGIO, Texas — The Refugio Bobcats are in the state semifinals for the fourth time in five years.

And that leads us to our Friday Night Fever Gamechanger Award for last week.

At the Alamodome in San Antonio on Thursday night, Refugio was talking on Hollard in a battle of unbeatens.

Quickly, Refugio turned this one into a big-time rout early.

Quarterback Austin Ochoa accounted for five touchdowns, two on the ground and three by passes. He and his teammates were pretty much unstoppable.

He also intercepted two passes on defense as the bobcats won easily, 49-12.

So, Ochoa and Gross share our Friday Night Fever Gamechanger Award. It was a job well done and congratulations to both of these young men.