Refugio only minutes away from state championship test 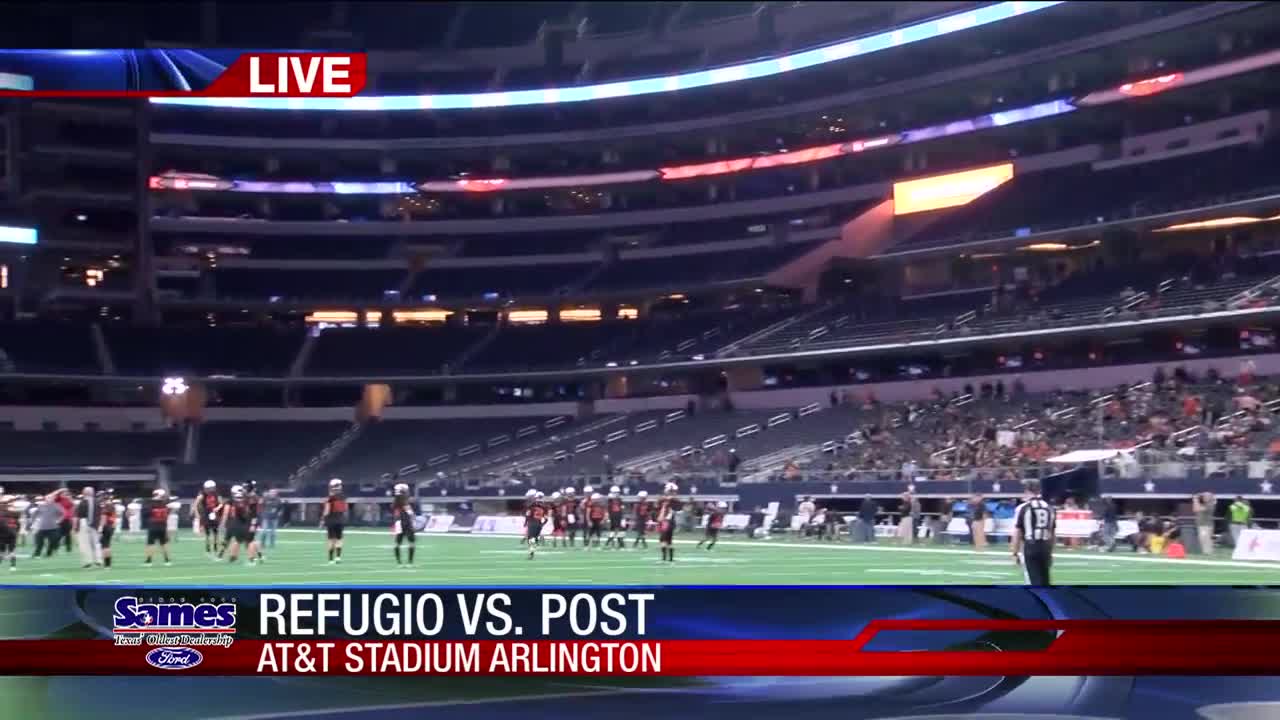 The Refugio Bobcats are only a few minutes away from their Class 2A Division championship test with the Post Antelopes. https://www.kristv.com/sports/friday-night-fever/refugio-only-minutes-away-from-state-championship-test 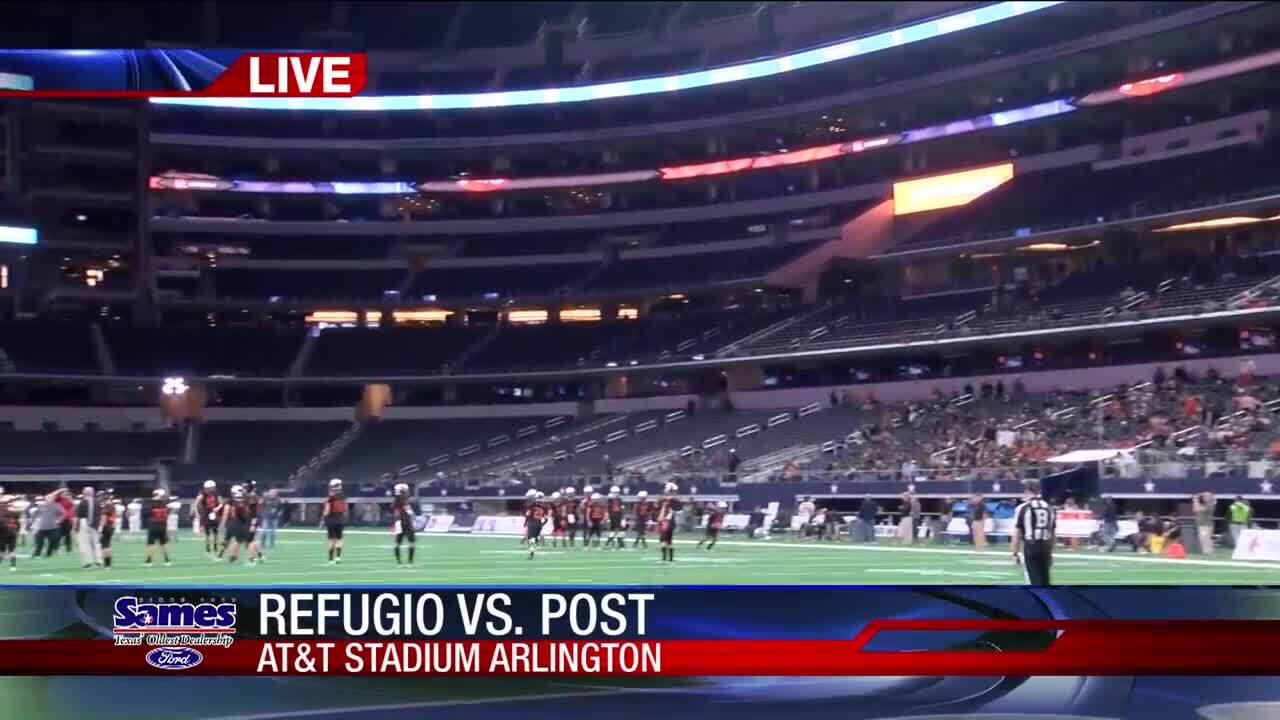 ARLINGTON, Texas — The Refugio Bobcats are only a few minutes away from their Class 2A Division I championship test with the Post Antelopes.

Jeff Dubrof is live at AT&T Stadium in Arlington with a pre-game report for tonight's game.

The Bobcats are gunning for their fourth straight victory over a previously undefeated team. And they are looking for their third state championship since 2011 in the sixth state final appearance under Coach Jason Herring.

We'll be there for all of the action and have our report tonight in our 10 p.m. newscast.