Ray confident after win while Carroll still hunts for its first 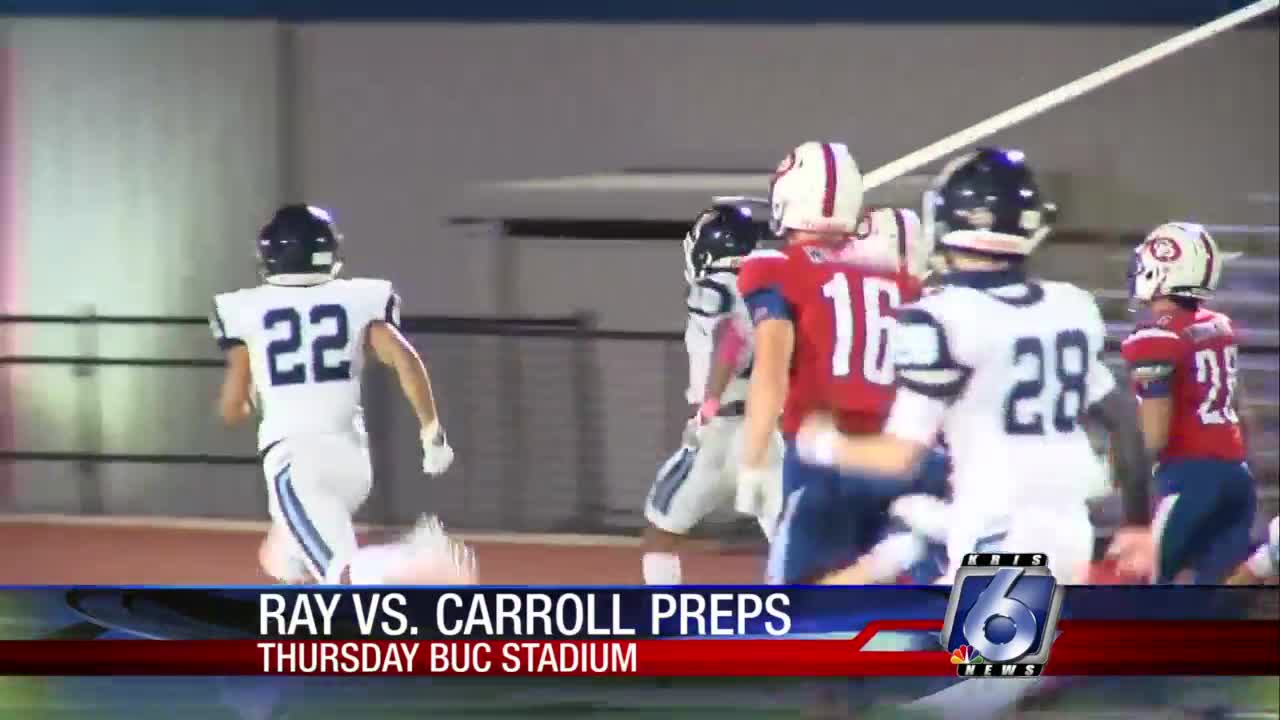 It's Week Eight of the high school football season, and we will be televising not one, but two, games on our sister station KDF-TV starting Thursday night when Ray takes on Carroll.

Ray picked it up its first win of the season last Friday night, and it was a big one -- knocking off Moody in its district opener.

Ray is fielding a young team -- coach Craig Charlton knew it would take a few games for his ballclub to take shape.

"We had a bunch of kids that graduated, and so there's some kids on our team just starting to jell, because this is their first varsity experience,” he said. “That was just their third game.”

"The feeling is energy, positive energy getting to feed off a great win,” said defensive back/wide receiver Manuel Sterling. “I felt like that win helped us jell a little bit more just leaves more room for improvement in the following weeks."

The Tigers, meanwhile, are still chasing their first win. And like Ray, they are extremely young, too, especially on defense.

"We have eight sophomores starting on one side of the ball, and for us it's a learning process,” said Carroll Head Football Coach Juan Rodriguez. “The kids are eager to learn, and they are excited about coming to practice, and they want to get better, and they are thirsty for that first win and very excited about going up against Ray this week."

The Tigers also are extra motivated to get Rodriguez his first win as a head coach.

"It's pretty big right now,” said defensive lineman Gavin Tovar. “He hasn't had a win yet in his career as a head coach, but we all need a win, because we are going on three years now without a victory and I'm in my senior year and I'm trying to win, too, man."

So lots of motivation for both teams this week.

You can watch the game live on our sister station KDF-TV this Thursday night from Buc Stadium starting at 7 p.m. Calallen will take on Miller in Friday night's game.