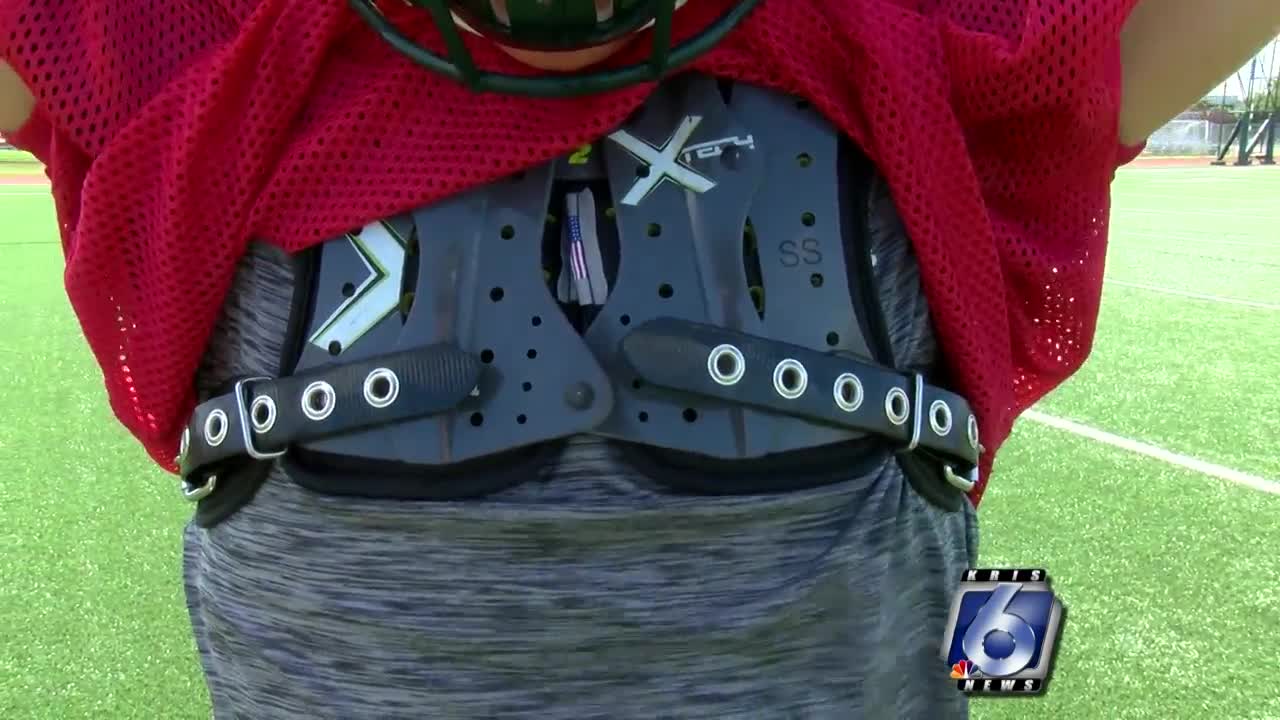 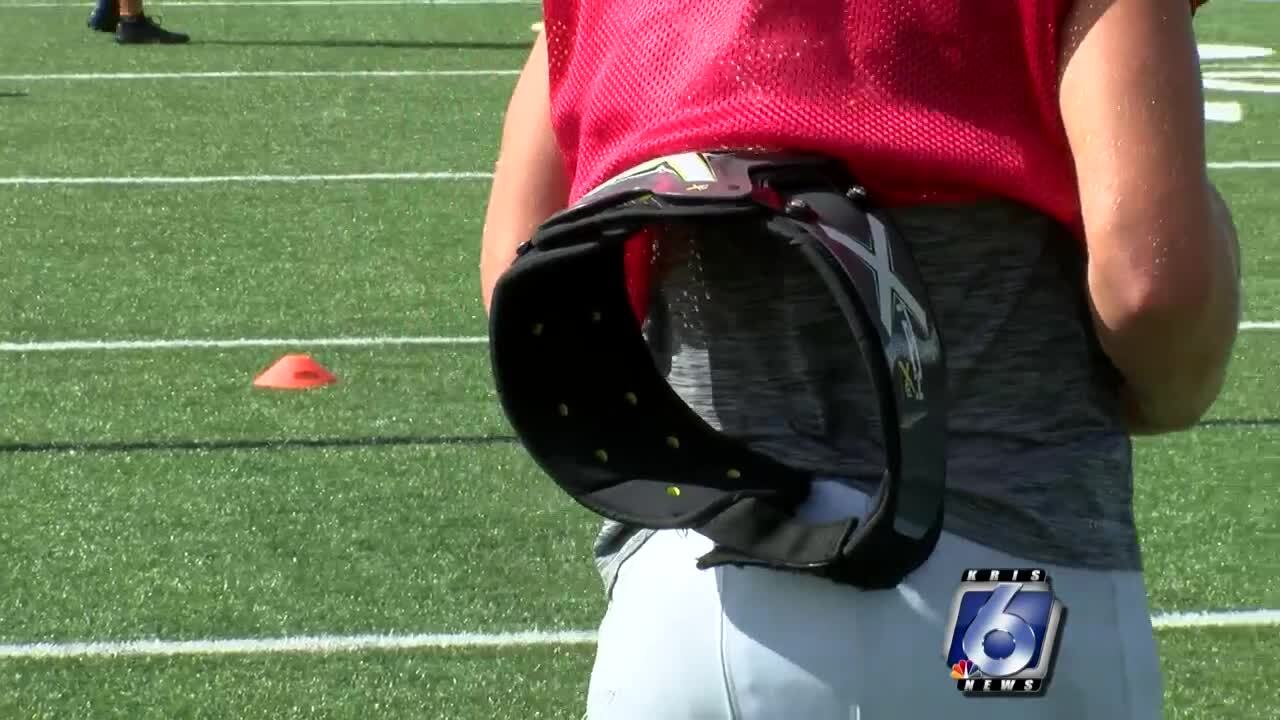 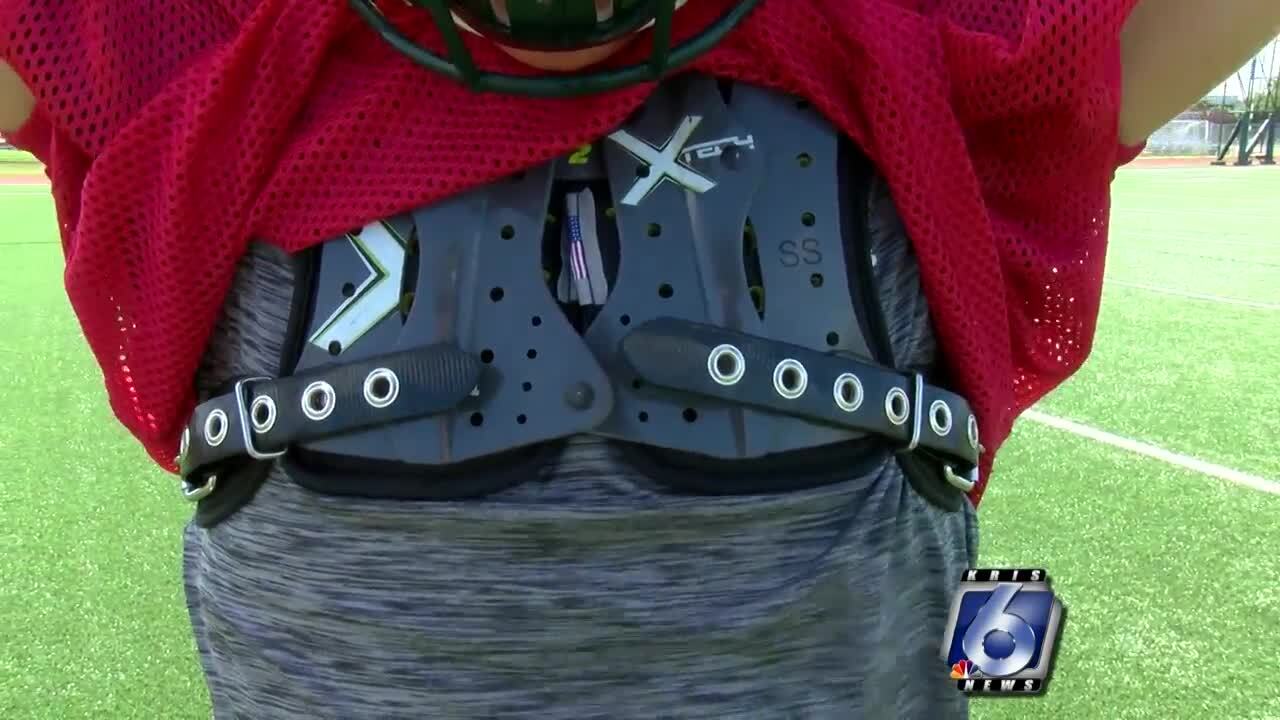 CORPUS CHRISTI, Texas — Football is changing, and technology continues to play a major role in making the game safer for players. That new technology will be on display tonight by King quarterback Benjamin Stewart when the Mustangs square off with Veterans Memorial.

“I’m always looking to get the best stuff on our kids,” King coach Eddie Hesseltine said.

And a new advanced pair of shoulder pads has made its way down to the high school level after being used by the very best players in the game.

The NFL is wearing these so you can see (Cowboys running back) Zeke (Elliott) is in these X-Techs as you can see him warming up.

It’s a new set of shoulder pads called X-Tech made with a special composite material. The pads are lighter allowing players to move more freely. The material is strong which takes the blow out of hits, as shown here in the X-Tech demo video.

King quarterback Benjamin Stewart is the only player on his team with the new pads and he feels it's a played a huge difference in his performance.

“I feel more versatile, I guess you could say,” Stewart said. “So I’m able to move way more than in regular pads. Older pads made me throw more sidearm and in a way I didn't like, but this allows me to throw however I want to.”

And they've saved him what usually can be a world of hurt most quarterbacks face.

“I feel the impact, but after that it just goes away,” Hesseltine said. “He would've already been out a play or two or maybe even out of the game if he hadn't had them.”

The pads are expensive with a retail price of about $500. But Hesseltine is hoping Stewart’s test run leads to every player having it just a few years down the road.

“We're working,” he said. “We're putting them on our quarterback now and we're gonna see how that works and hopefully get to more people.”