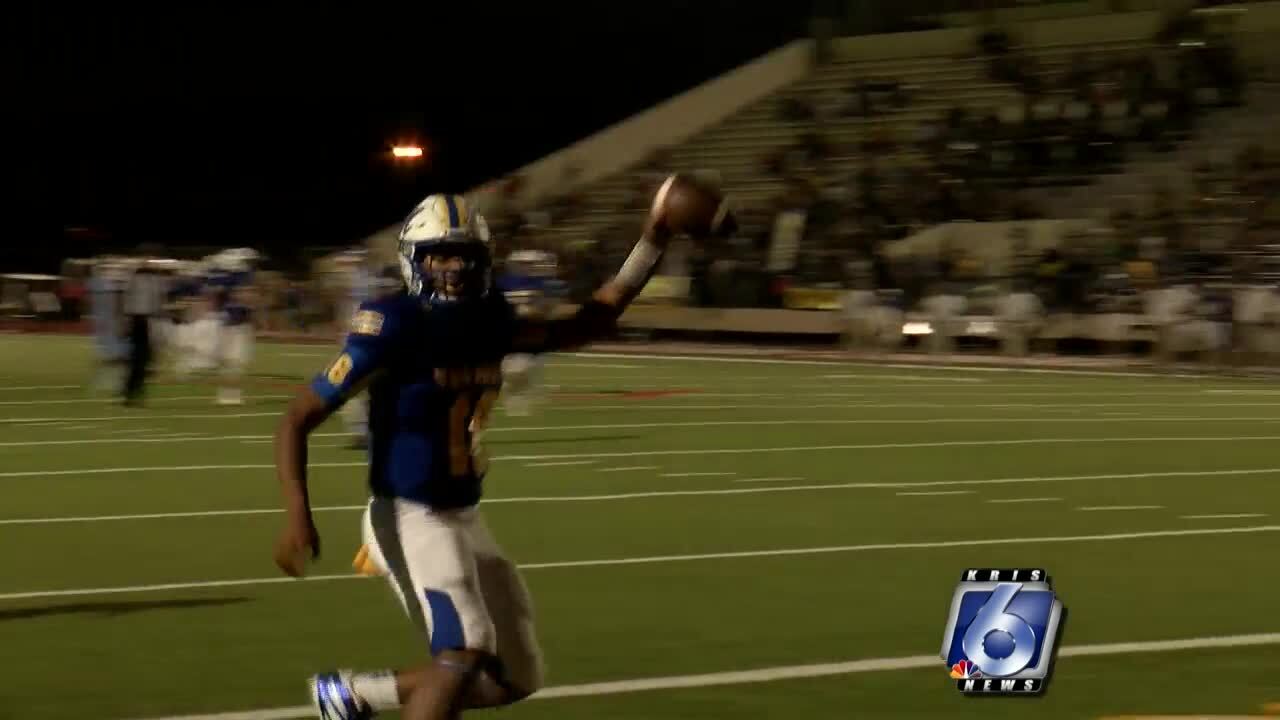 KRIS file photo.
The COVID-19 pandemic is putting a crunch on how many fans will be allowed inside stadiums.<br/>

CORPUS CHRISTI, Texas — One win can spark a run. The Moody Trojans are looking to build off of last week's 34-8 victory over the Carroll Tigers.

The Trojans are 1-1 in district play and getting that first win under their belt is big. But Moody coach Michael Cantu is looking for more.

"We aren't just trying to win one game." Cantu said. "Our goal is to win all of our games and make the playoffs."

District games play an important role throughout the season, as the top four teams from each district make the playoffs.

And now, with a large pool of teams situated at 1-1 in the district, each game's importance is intensified.

"Every game you play from here on out is going to have playoff implications," Cantu said. "We are excited for that opportunity."

Now, the Trojans turn their attention to the King Mustangs who they will meet Friday night at Buc Stadium.

Each team is 1-1 in district play. It creates an even bigger opportunity in its playoff push.