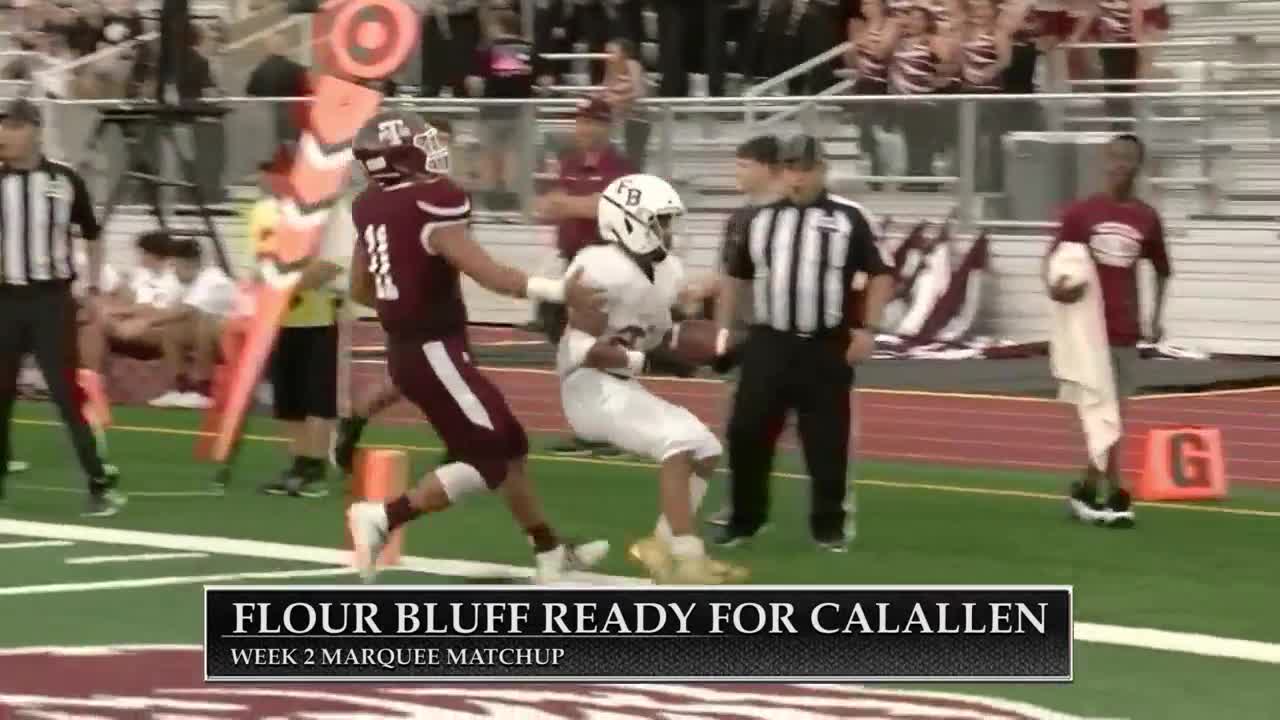 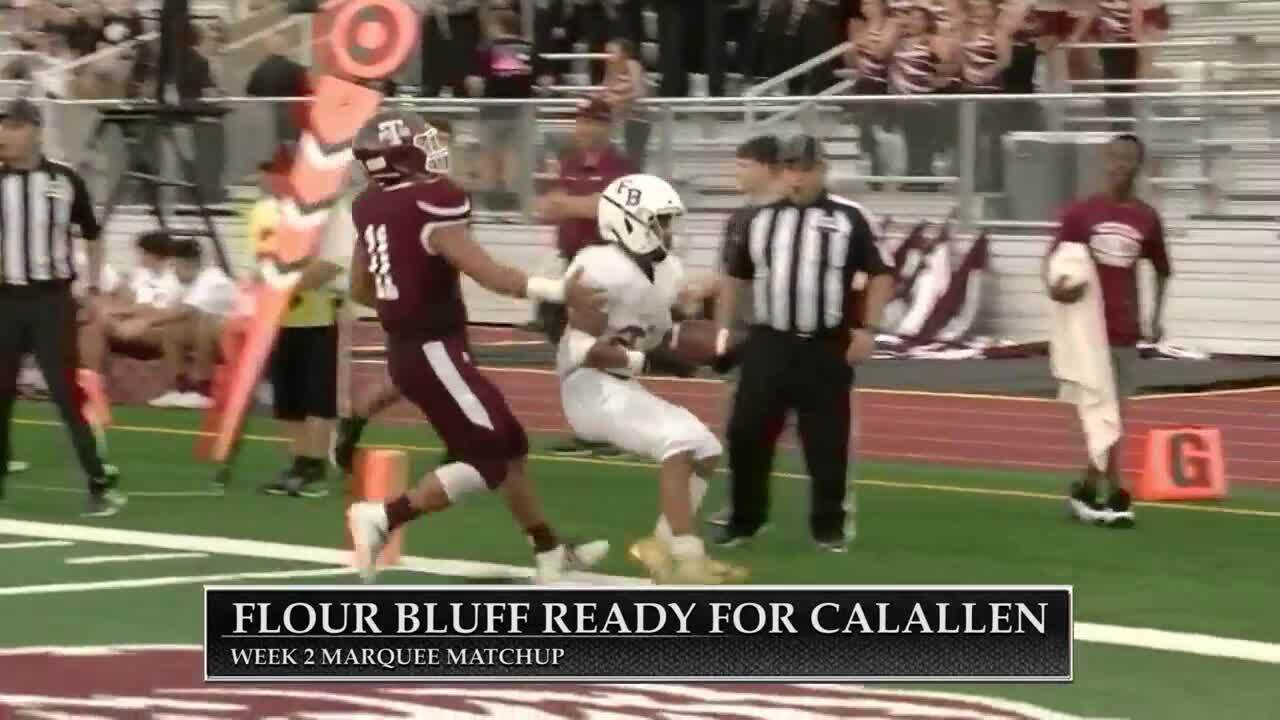 CORPUS CHRISTI, Texas — Our Friday Night Fever Game of the Week is a given.

It is one of the best matchups of the year each year as Flour Bluff heads north to take on the Calallen Wildcats in a Week 2 battle between two Coastal Bend blue bloods.

Both teams are 1-0 after defeating teams in the valley on Friday. Flour Bluff coach Chris Steinbruck is ready for a huge game.

“We respect the heck out of them but we are going to go and have a great game on Friday,” Steinbruck said. “The preparation is the same, but as a coach I am excited about the opportunity to play in front of a bunch of people. It is going to be a playoff-like atmosphere … a big district game kind of atmosphere.”

He’s absolutely right. Alan and Paul will have the Game of the Week set out there Friday night as two of the most storied programs in South Texas will go head to head.