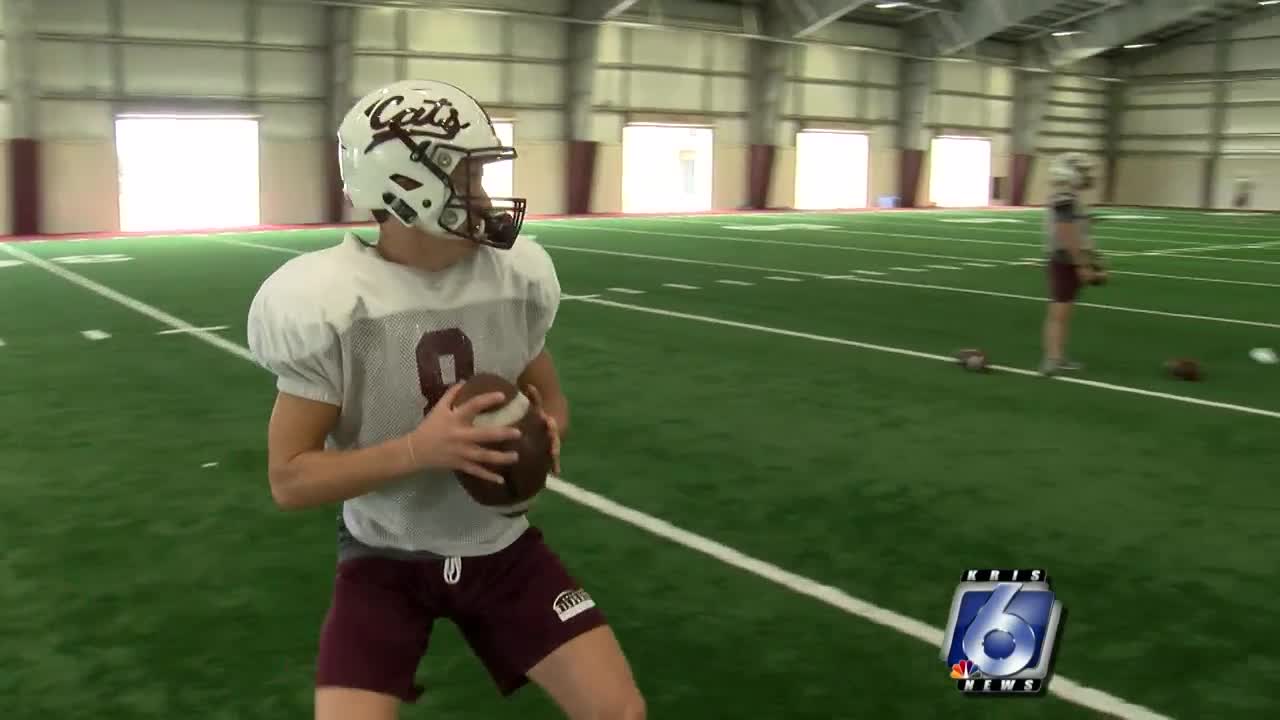 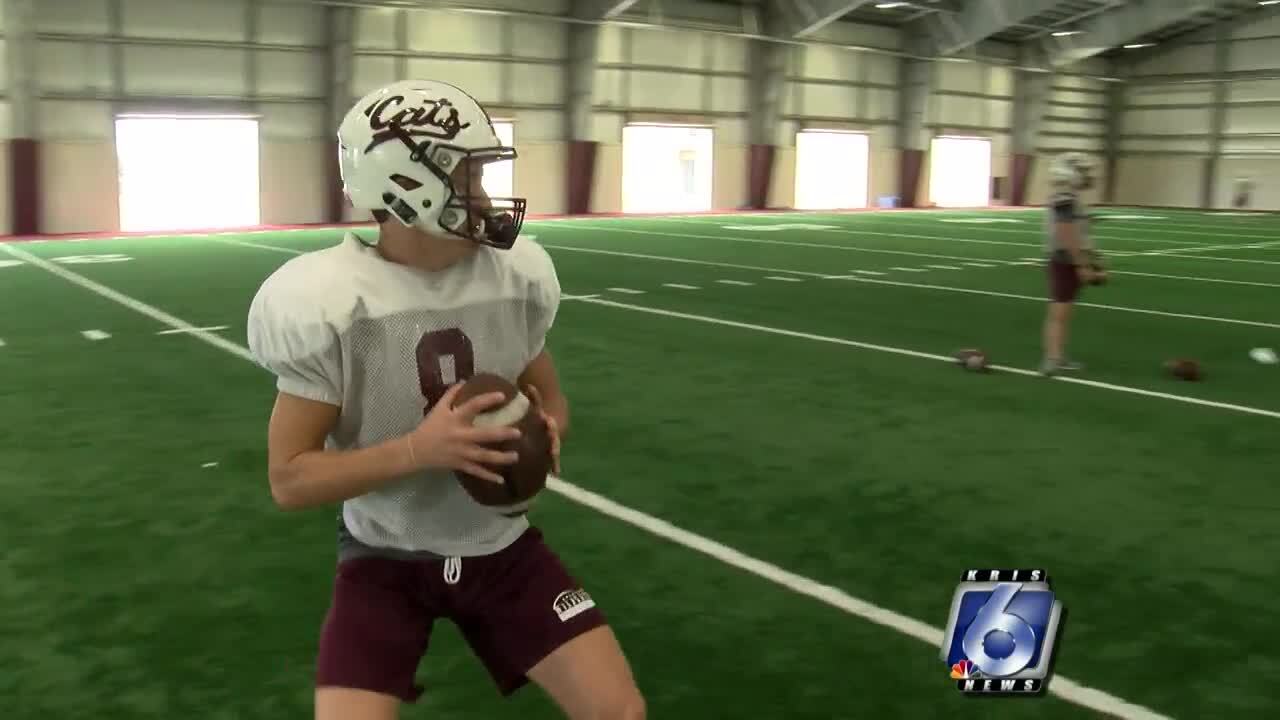 CORPUS CHRISTI, Texas — This week's Friday Night Fever Marquee Matchup may be the best one we see all season. Two old rivals hook up when Flour Bluff visits Calallen.

On Monday, we looked in on the Hornets. Today, we check in on the Wildcats.

It’s always a special week of practice whenever these two teams get together.

Both teams get extra fired up as bragging rights are on the line.

The Wildcats are coming off an opening night win over San Benito.

Calallen defensive coordinator Steve Campbell is the architect of one of the best defenses in all of Texas.

But he knows his hands are full this week preparing for a very good Flour Bluff offense.

The Hornets have so many weapons.

But Campbell has coached against Flour Bluff for more than 25 years.

Still, that does not make his game planning any easier this week.

“Their play action pass is difficult to stop and they are a multiple-formation team,” Campbell said. “(Senior tight end Preston) Wilkey is a dangerous guy because he is such a great blocker and they will ship him for passes. And (senior wide receiver Jackson) Soward is a very good receiver so they spread the wealth over there.”

“We all have and assignment on defense,” Wiser said. “We all have a man we need to take care of. We just have to our jobs the best way we can.”

“Chris does a great job with the Hornet defense,” Danaher said. “He calls the defense and there's no telling where they are going to come from.

“They do a lot of stunting and a lot of jumping from one position to the next and if we are not disciplined, they could pull us off side.”