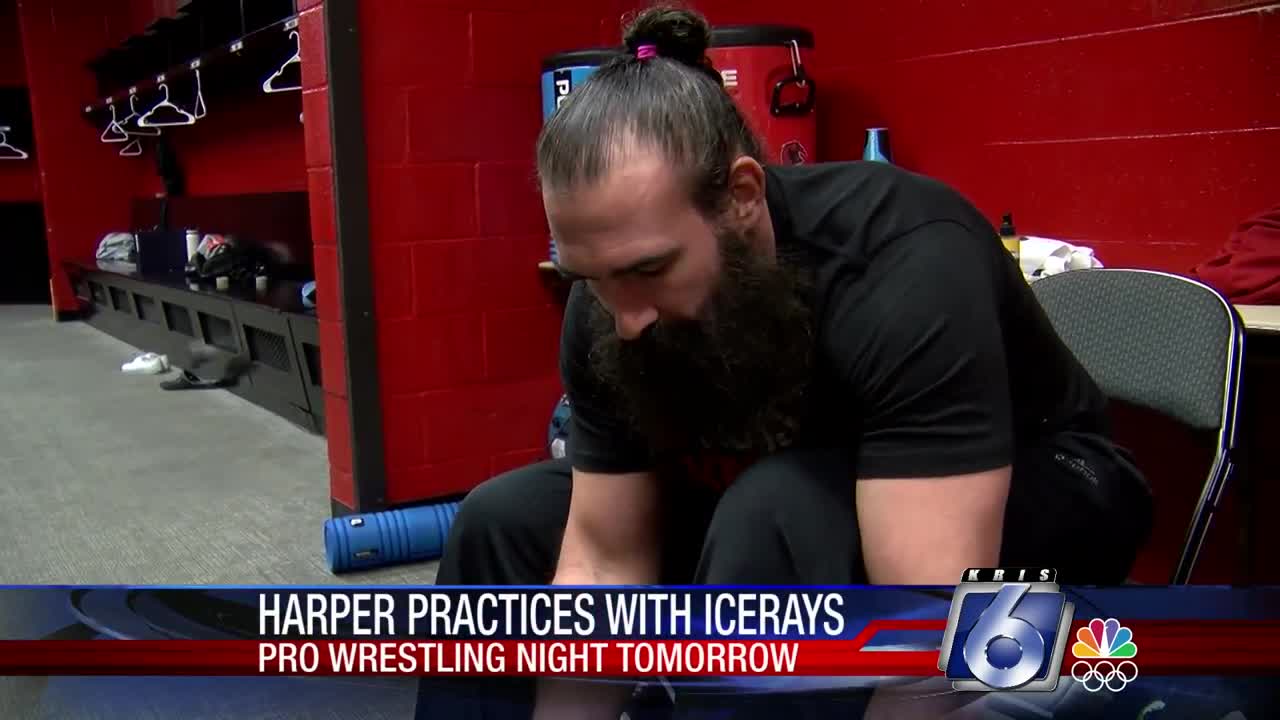 The IceRays had a recognizable visitor at today’s practice. 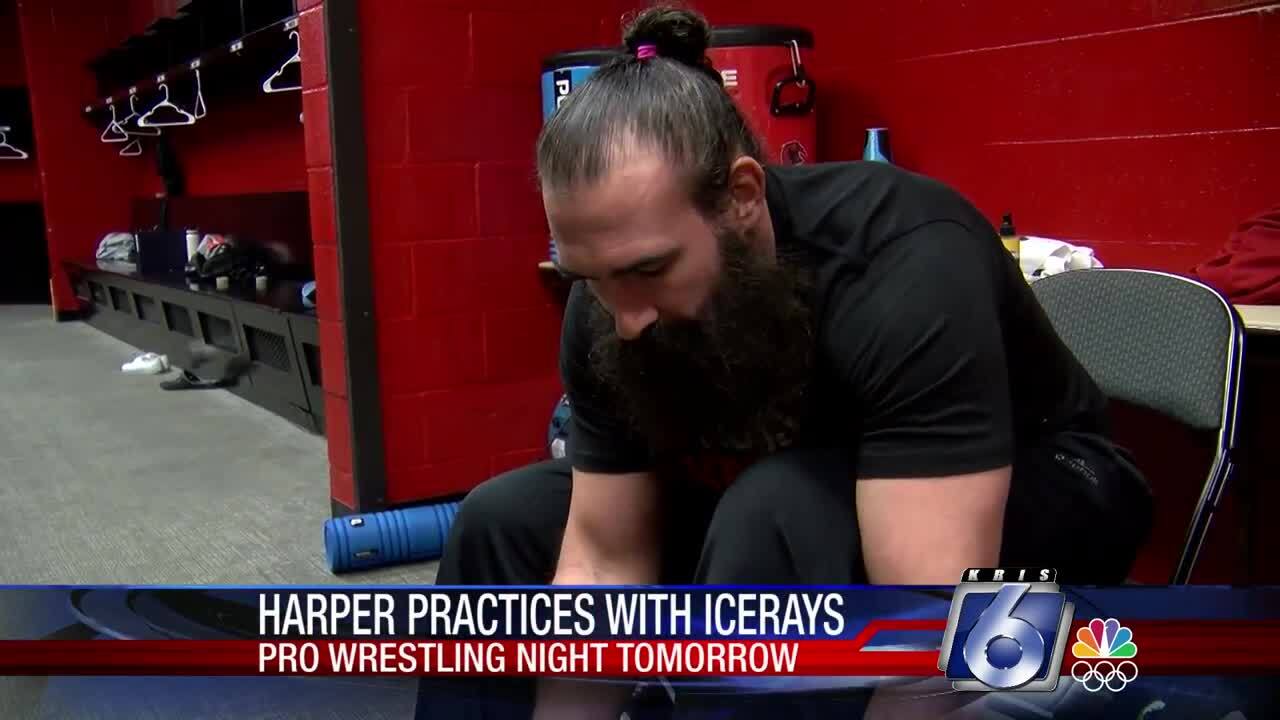 CORPUS CHRISTI, Texas — The IceRays had a recognizable visitor at today’s practice.

Luke Harper, the former WWE Intercontinental champion, laced up his skates at the team’s morning skate.

The former hockey player acquitted himself well at the workout.

Harper along with AEW's Sammy Guevara are in town for tomorrow's night's pro wrestling night with the IceRays.

“I am a huge fan of hockey and pro wrestling,” Harper said. “To have the two merge together is a very cool thing for me. I played for 15 years and my claim to fame in hockey is probably playing with Brian Gionta who played with the Devils, played two years with him. I stopped and pursued a career in pro wrestling.”

A $35 VIP package for tomorrow night's game gets you a ticket and an autograph singing and photo opp with Harper starting at 5:30 p.m.