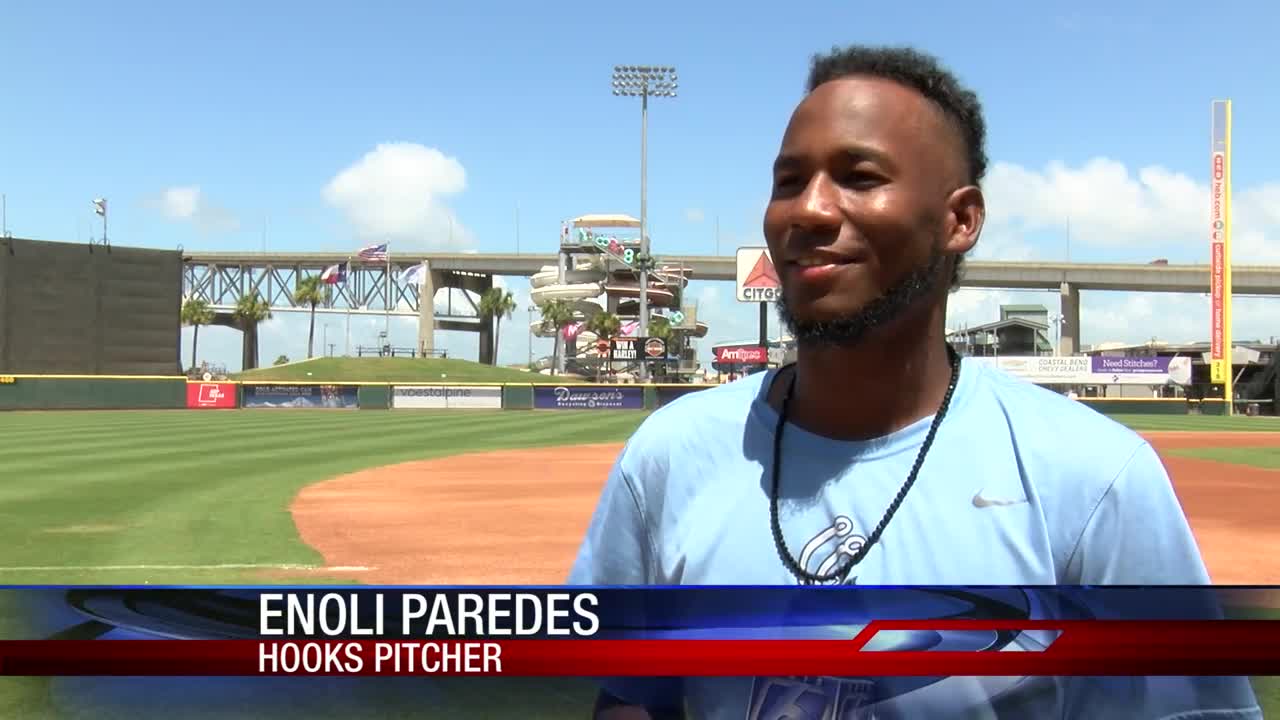 The Corpus Christi Hooks earned a 4-0 shutout victory over the Northwest Arkansas Naturals on Wednesday night. All four Hooks runs were unearned thanks to some poor defense by the Naturals. https://cms.scrippsdigital.com/sports/enoli-paredes-establishing-himself-as-hooks-ace 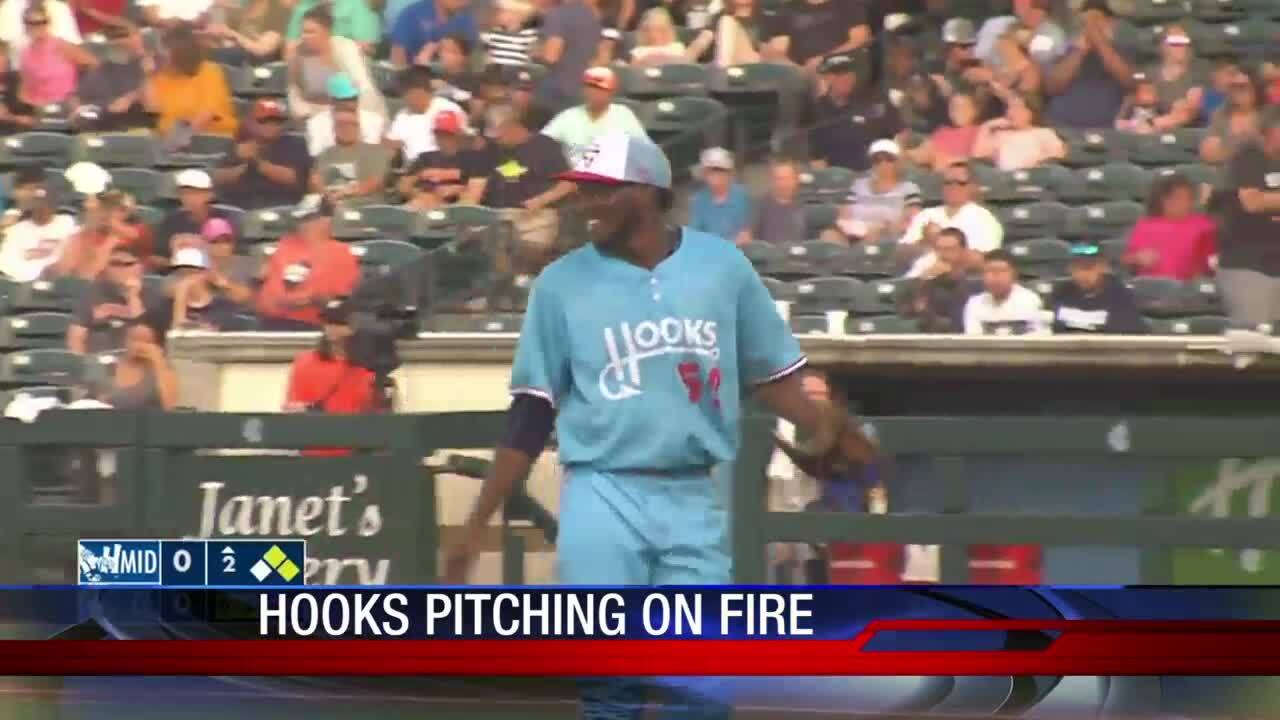 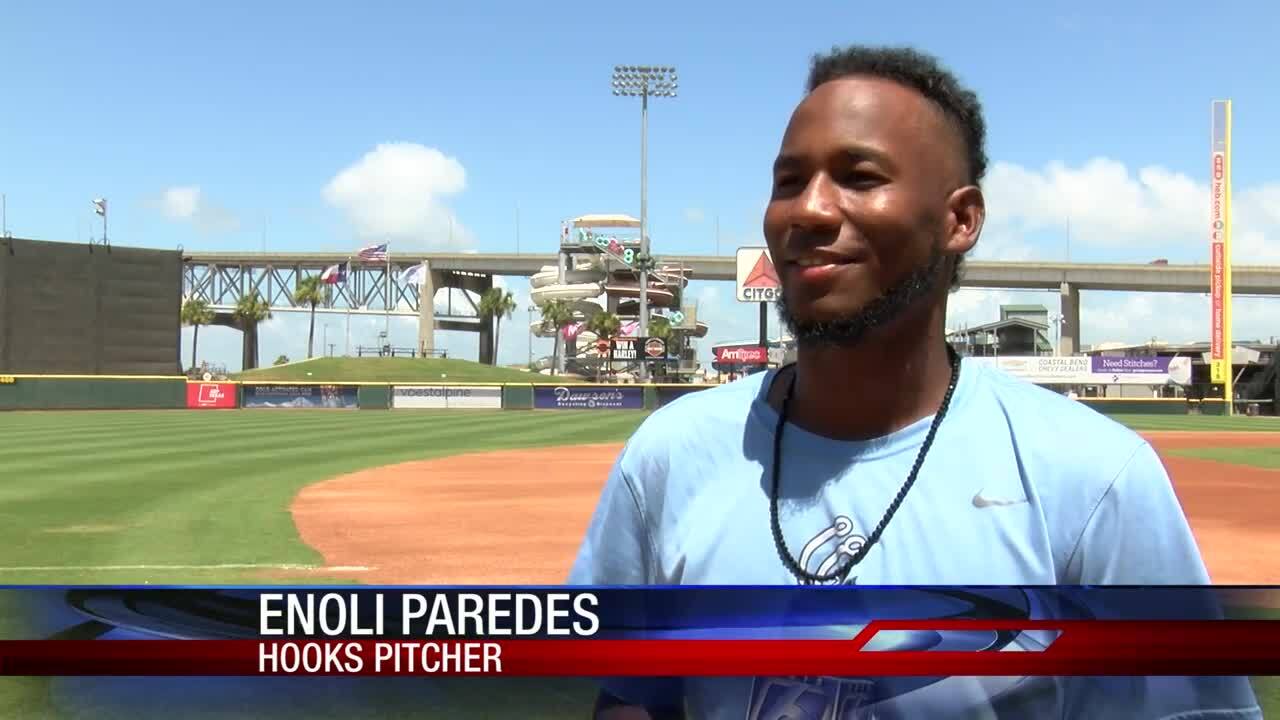 CORPUS CHRISTI, Texas — The Corpus Christi Hooks earned a 4-0 shutout victory over the Northwest Arkansas Naturals on Wednesday night. All four Hooks runs were unearned thanks to some poor defense by the Naturals.

But the Hooks got a major boost from the pitching staff once again thanks to Enoli Paredes. Paredes, a 23-year-old right-hander from the Dominican Republic, threw six scoreless frames allowing just three hits and striking out nine batters.

Paredes seems to thrive in front of the crowd at Whataburger Field. In his 22 innings pitched at home Paredes has allowed just six hits with no earned runs and has struck out 35 batters. He has only been in AA for barely a month and has been nothing short of spectacular.

In his combined appearances between his stints with High-A Fayettville and Corpus Christi, he boasts a 2.63 ERA with a 0.98 WHIP and averages 12.2 strikeouts per game.

Paredes owns a four-pitch arsenal highlighted by his blazing fastball, but Hooks catcher Colton Shaver says the one pitch that determines his success is the slider.

"His slider was really really good he was throwing that probably the hardest he has thrown all year," Shaver said.

Paredes has made an impression early in his Hooks career, but if he keeps having these types of performances, he'll be moving up through the Astros' organization very soon.