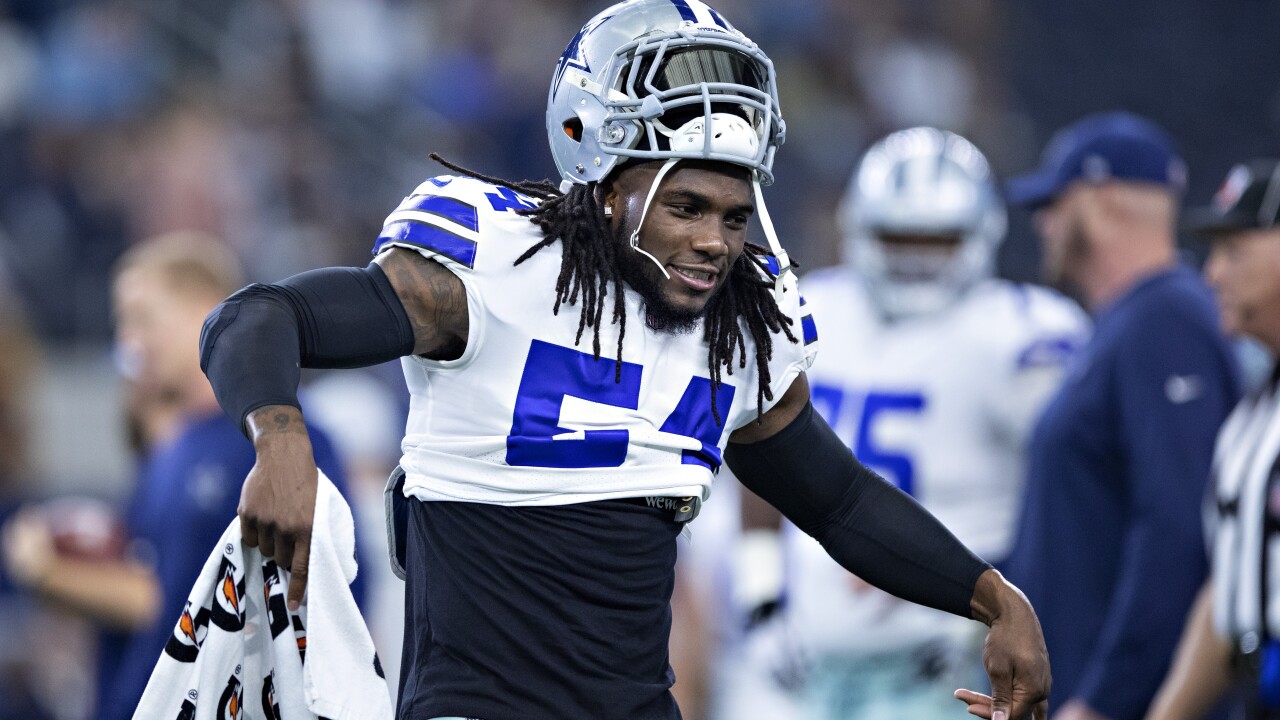 FRISCO, Texas — The Dallas Cowboys have announced a key signing for a long-term contract.

But it's not Dak Prescott or Ezekiel Elliott.

The Cowboys announced that linebacker Jaylon Smith has agreed to a new deal with the Cowboys.

Jaylon Smith: “For one, the No. 1 place that I wanted to go, for my entire life, in the NFL draft was the Dallas Cowboys.”

After dealing with a devastating knee injury late in his college career at Notre Dame, Smith is coming off his first season starting all 16 games for the Cowboys.

Smith notched 121 total tackles, four sacks and two forced fumbles in 2018. He is one of the key defensive cogs for the team, along with fellow linebacker Leighton Vander Esch.

Smith was headed toward restricted free agency after the 2019 season, but both sides were able to come to an agreement before then.