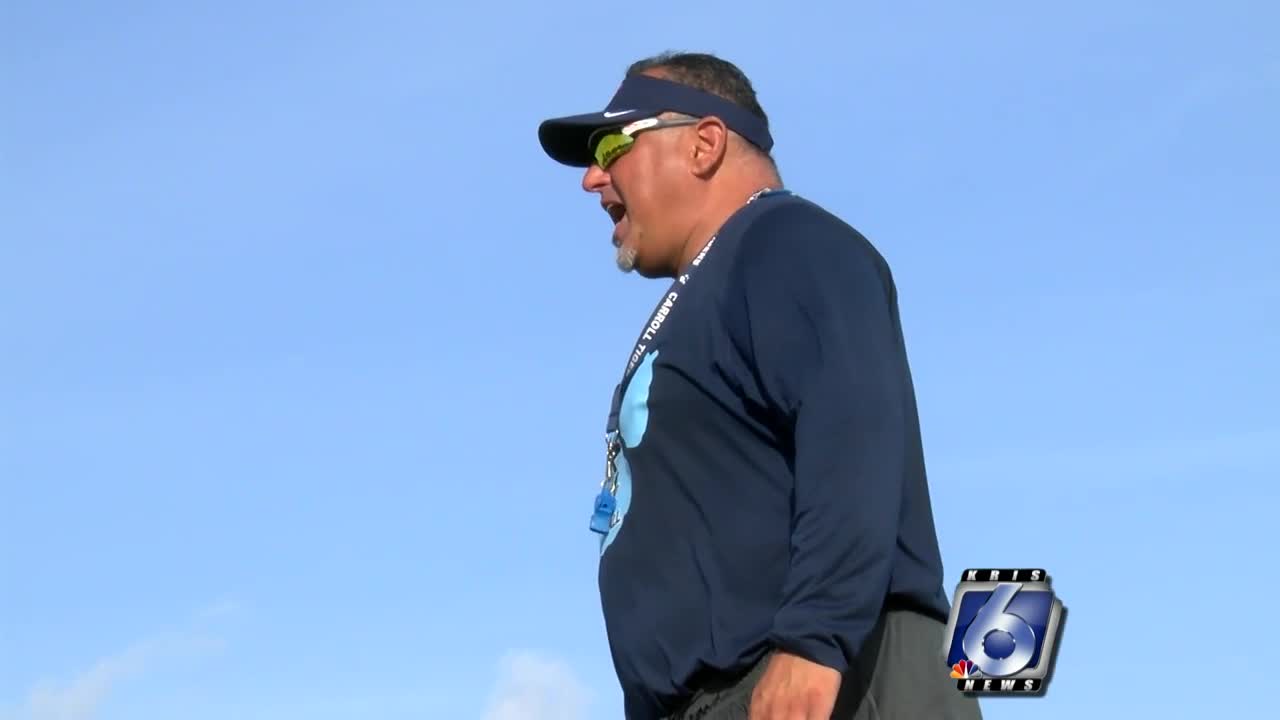 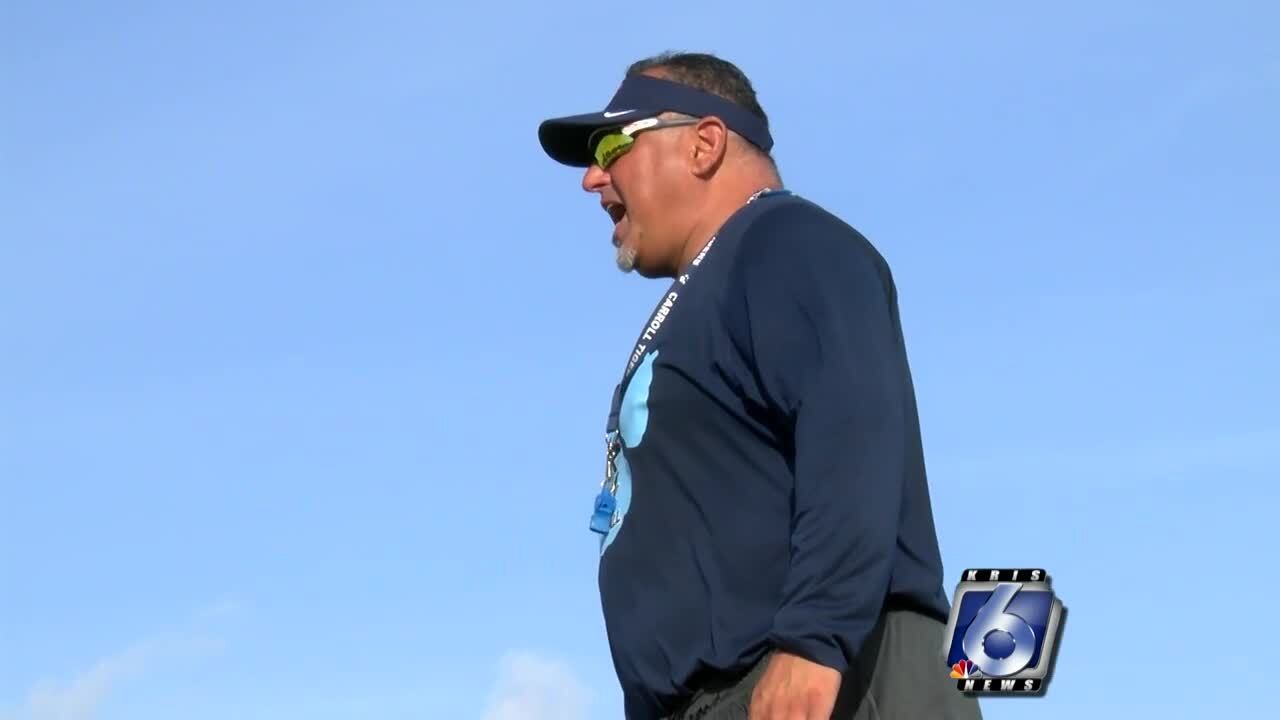 CORPUS CHRISTI, Texas — For the first time in four years, the Carroll Tigers football team will have the same coach as they did the previous season. Juan Rodriguez was the fourth coach hired in four years for Carroll. But the 2018 Tigers' season was one to forget, the team finished 0-10.

"For me honestly, it was draining," Rodriguez said.

The Tigers have turned the page on that season and are using it as motivation.

"Our effort has gotten a lot better this year," senior wide receiver Jonathan Trevino said. "We have discipline and we can use last season as a learning curve."

Stability is a key for any program. And the constant turnover of coaches at Carroll has made it difficult for the players to become familiar with schemes and coaching. Despite the down season last year, there was no doubt Rodriguez would be returning in 2019.

"The players knew I was coming back so this gave them the ability to listen and learn," he said.

Rodriguez can be found all over the Tigers' practice field. Often he is motivating players and congratulating them for strong efforts, but there are times where, like all coaches, he becomes stern. He calls it tough love.

The Tigers are looking to rebound from a season that was forgettable. Rodriguez knows the task at hand remains large but has confidence the Tigers will make strides this season. And he will judge the team on more than just wins and losses.

"If we can come out of the season with more wins than losses, then that's great," he said. "But if not I still know that this is a special group, it is still a young group and I will be proud of the season that we have."

Carroll will look to get that coveted first win when they face Gregory-Portland in "The Battle of the Bridge" on Aug. 30th.