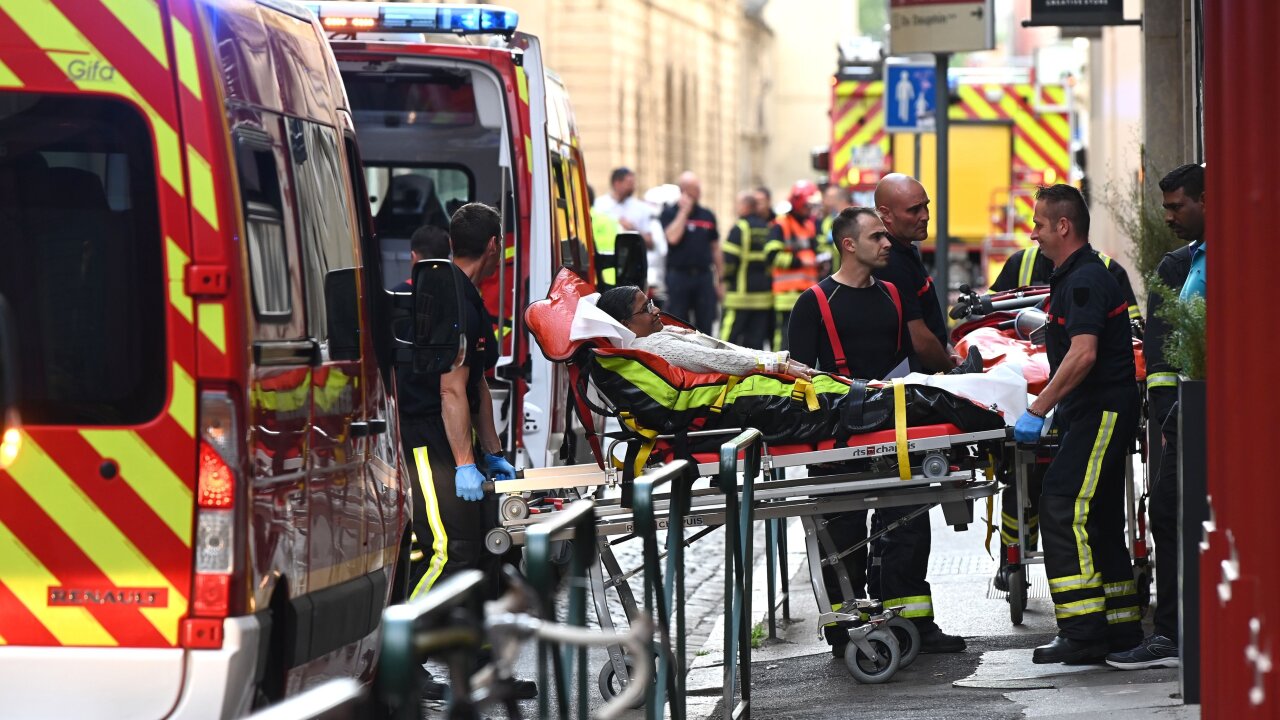 French police have launched a manhunt for the suspect in Friday's explosion in Lyon, which injured at least 13 people.

No one has claimed responsibility for the attack, Paris prosecutor Remy Heitz said Saturday on French news channel BFM TV. An investigation into "terrorist conspiracy" was opened hours after the explosion in the city's central shopping area, which saw 11 people, including a 10-year-old child, admitted to hospital.

Heitz said 90 police investigators and 30 technicians were working on this case.

CCTV footage shows the suspect dropping a paper bag in front of a Brioche Dorée bakery on Victor Hugo Street, before leaving the street at 5.27 pm local time, Heitz said. The explosion occurred a minute later.

Near the explosion site, police found small screws, metal ball bearings, a printed circuit board, seven batteries, a remote trigger and white plastic "that could be part of the explosive device," he said.

The suspect wore light green bermuda shorts, a dark green shirt, black shoes and a black backpack, covering his face with a khaki cap and sunglasses. New photos of the suspect will be released soon, Heitz said.

The city's second district mayor, Denis Broliquier, said on BFM TV that the explosion did not result in major damage, as "the load of the parcel bomb" did not cause much of an impact. Victims' injuries, he said, were caused by "pieces of metal and glass."

On Twitter, French President Emmanuel Macron wrote: "Tonight I think of the wounded in the explosion in Lyon, their families affected by the violence that has befallen their loved ones in the street, and all of Lyon. We are by your side."