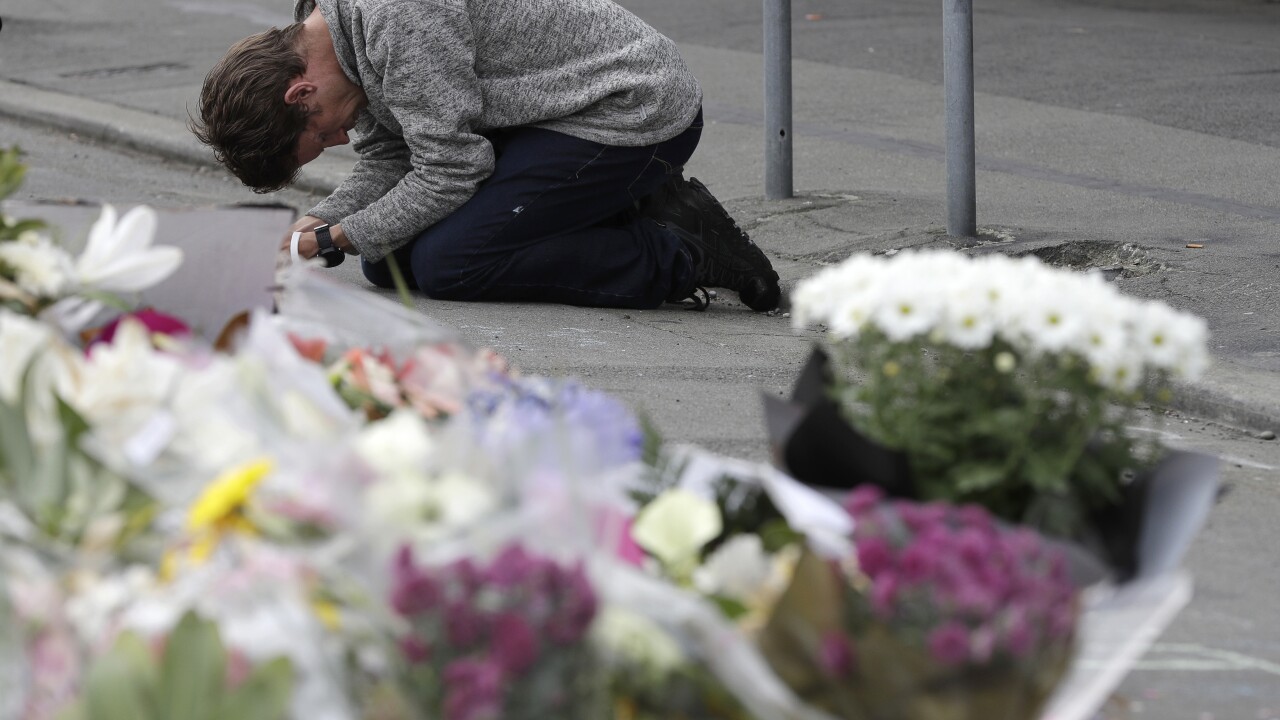 Copyright 2018 The Associated Press. All rights reserved
Mark Baker/AP
A mourner prays near the Linwood mosque in Christchurch, New Zealand, Tuesday, March 19, 2019. Christchurch was beginning to return to a semblance of normalcy Tuesday. Streets near the hospital that had been closed for four days reopened to traffic as relatives and friends of Friday's shooting victims continued to stream in from around the world. (AP Photo/Mark Baker)

WELLINGTON, New Zealand (AP) — One year after killing 51 worshipers at two Christchurch mosques, an Australian white supremacist accused of the slaughter has changed his plea to guilty.

Twenty-nine-year-old Brenton Harrison Tarrant on Thursday pleaded guilty to 51 counts of murder, 40 counts of attempted murder and one count of terrorism. The killing spree was the deadliest in New Zealand's modern history and prompted the government to rush through new laws banning most semi-automatic weapons.

Tarrant was scheduled to go to trial on the charges in June. His change in plea came as a surprise and relief to survivors and relatives.