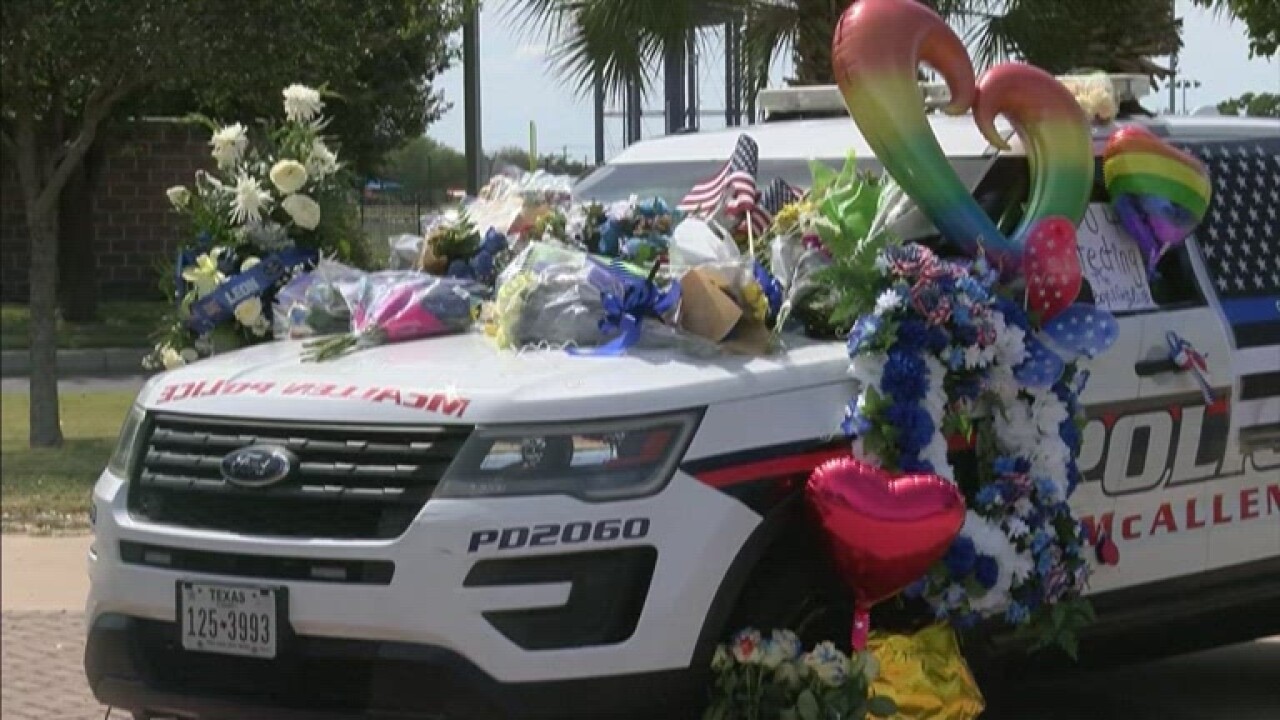 (KVEO)
A memorial for two fallen McAllen, Texas police officers has been set up in front of the McAllen police station. The two officers were killed Saturday responding to a domestic disturbance call.

CORPUS CHRISTI, TEXAS — Two Texas police officers killed in the line of duty over the weekend are being honored in their hometown.

A memorial for the two has been set up in front of the McAllen police station.

Officers Ismael Chavez and officer Edelmiro Garza were shot and killed Saturday as they responded to a domestic disturbance call.

Officer Garza was a nine-year veteran.

Officer Chavez served with McAllen police for two and a half years.

McAllen's police chief says the 23-year-old suspect had a lengthy criminal history including driving while intoxicated, possession of marijuana, and assault.

According to police, the suspect shot and killed himself after shooting the two officers.