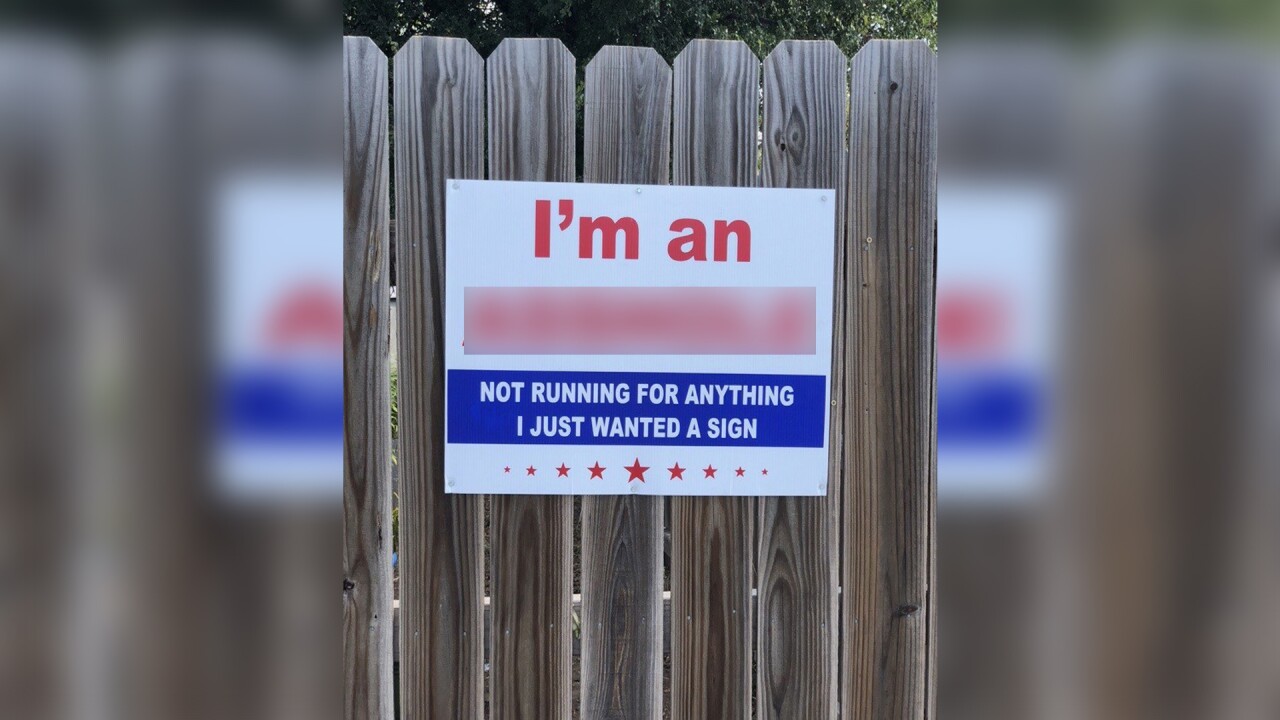 GATESVILLE, TX — A sign designed to look like a political poster is causing quite the stir in Gatesville.

Homeowner Brooke McCrone said her husband put the sign up on their fence to lighten the mood of political stress.

"I've never had a complaint, not for the 3 years it's been up. Never," she said.

"You know, this sign has always been hilarious. We've always thought it was funny when we were driving by," said neighbor Kailey Cail.

But last Wednesday, the Coryell County Sheriff's Office came by, took down the sign and cited McCrone a $500 ticket for disorderly conduct of abusive or foul language in public.

McCrone claims deputies violated their family's freedom of speech, despite the fact there was profanity on it.

Chief Deputy Rob Atkins said the sign was right next to a school bus stop and multiple complaints were made to the sheriff's office and the county attorney's office.

"I know there is a right and freedom of speech. They have a right, but the fine line in that is when your actions become offensive to others to the point where it's going to become a breach of the peace," he said.

Atkins said he's aware how long the sign has been up, but recent complaints forced officials to step in, worrying the sign could cause trouble between the family and those who were complaining.

"I understand their sense of humor. I understand what they're doing. I know they don't mean harm or ill will, but we received complaints and we have an oath to uphold," said Chief Deputy Atkins

But neighbors in the area disagree.

"It was completely blown out of proportion," said Cail.

Neighbors said they're ready to defend the family and their First Amendment right.

"I would like to see the sign back up, I definitely would, and I know a bunch of other neighbors that would as well," said Cail.

McCrone said she's ready to take things to court and let the judge decide if her freedom of speech is in fact offensive.