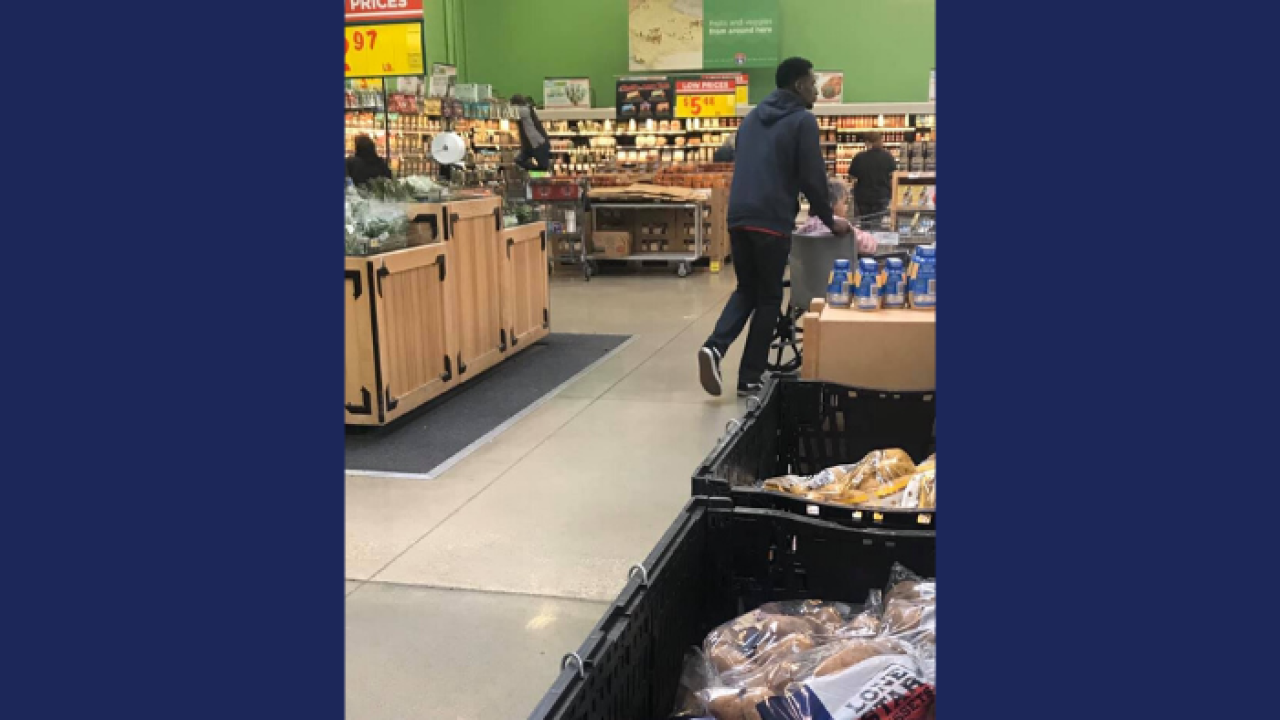 BELTON, Texas — H-E-B was recently named the top grocer in the U.S. - and it's not surprising after we repeatedly hear stories of their employees going above and beyond.

A woman in Belton shared a post from her local H-E-B that has received more than 6,000 shares. In the photos, you see an H-E-B employee pushing a woman around the store in a wheelchair.

In her post, Keyla Kolls said that the H-E-B employee at the Belton store saw a shopper coming in alone on crutches. Unfortunately, there was not a motorized cart available, so Adrian Wells grabbed a wheelchair and shopped for her.

He would wheel her around each section, and when she pointed out an item she needed, he grabbed it for her. Kolls said in her post that you could tell he was moving slowly, so she wouldn't feel rushed.

"The majority of these employees are kids just starting their first job or in college full-time," Kolls said. "I think the fact that H-E-B holds such high standards for service shows why they are deserving of being the number one grocery store," Kolls said.