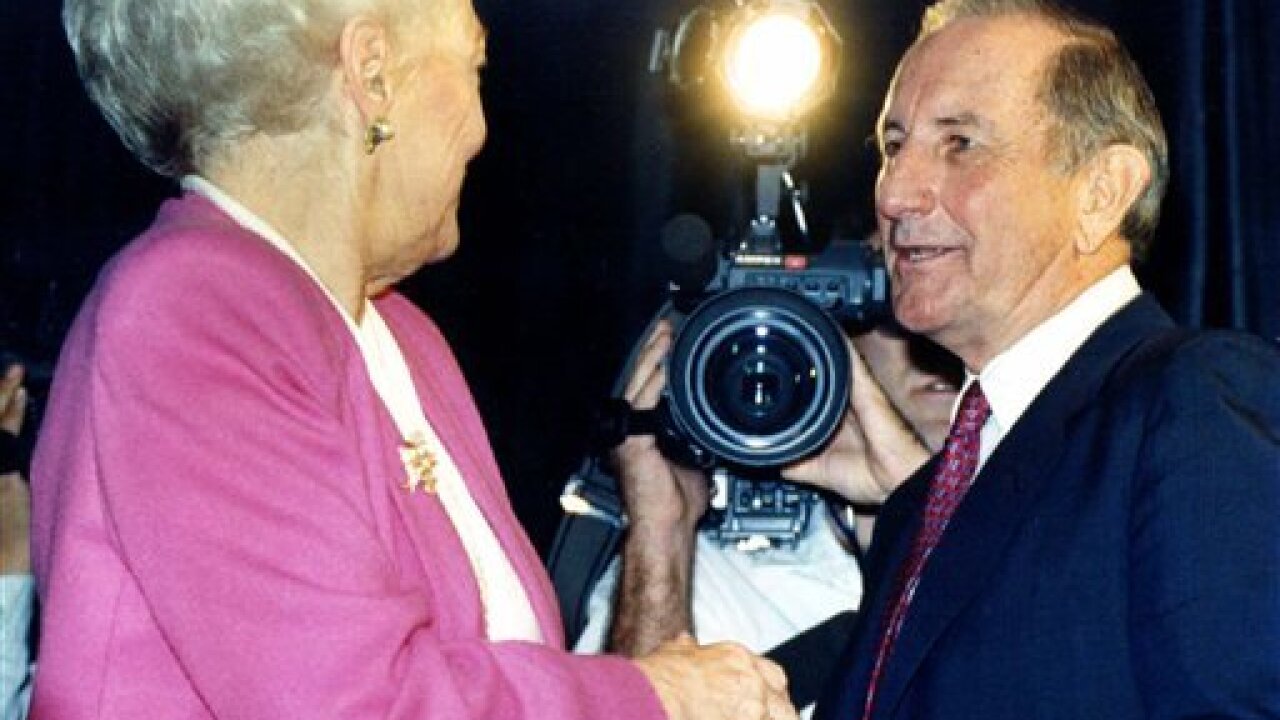 DALLAS — Clayton Williams, a colorful Texas oilman and philanthropist whose 1990 run for governor was derailed after joking about rape and acknowledging he went a year without paying income taxes, has died. He was 88.

“He had just a huge personality,” Pollard said.

Williams, who graduated from Texas A&M University in 1954, provided millions to the school, including providing the lead gift in 1985 toward the construction of the school’s alumni center, which is named for him, the university’s alumni association said on its website.

The race between Williams, a Republican, and Ann Richards, a liberal Democrat, was dubbed “Claytie and the Lady” and was initially considered Williams’ to lose.

Williams was known for his cowboy image and colorful phrases — he promised to introduce young drug offenders to “the joys of bustin’ rocks.” The silver-haired Richards was also known for her turns of phrase, reminding delegates of the 1988 Democratic National Convention that Ginger Rogers did everything Fred Astaire did, “only backwards and in high heels.”

The rape comment, which Williams later dismissed as “barnyard language,” came after he invited political reporters to his ranch near Alpine to watch him round up cattle. On the cold, rainy day, reporters overheard Williams compare the weather to rape: “If it’s inevitable, just relax and enjoy it.’”

He apologized, but the damage was done. When the Houston Chronicle asked him in 2011 if he was concerned the comment would define his legacy, he replied: “There’s nothing I can do about it. My grandfather had a saying: If you can do something about it, do it. If you can’t, don’t worry about it.”