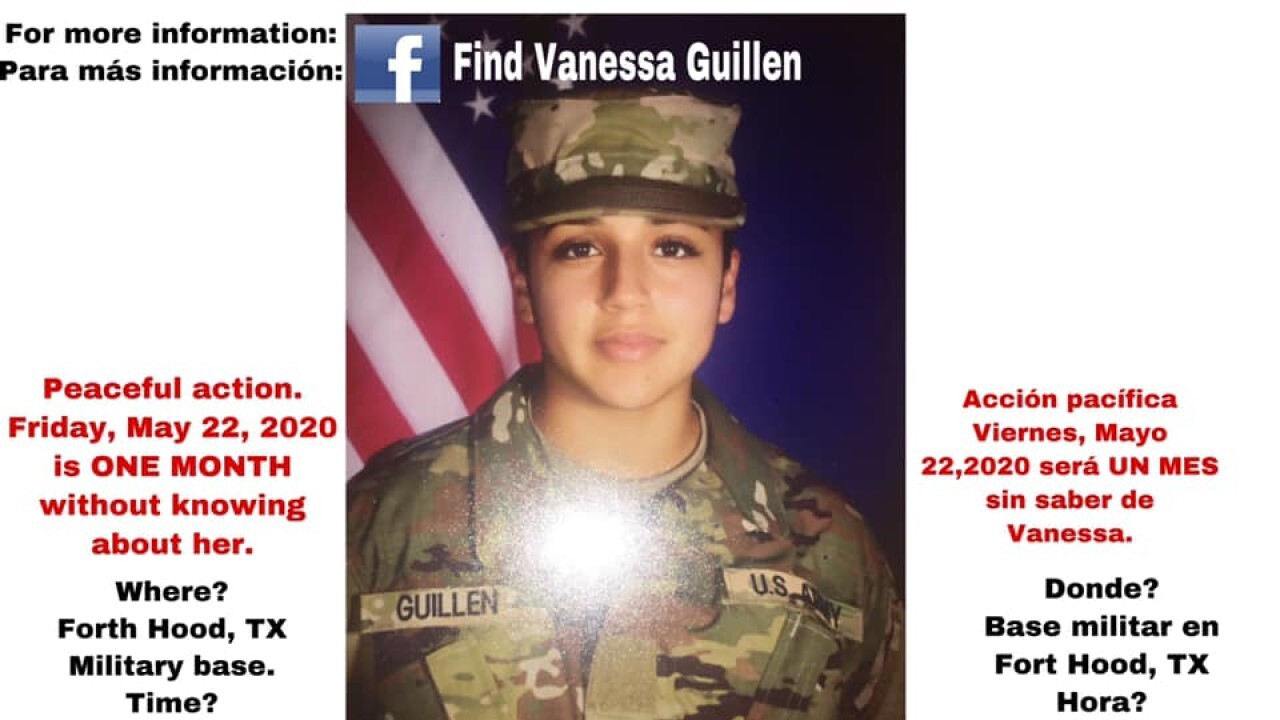 Her car keys, barracks room key, identification card and wallet were later found in the armory room where she was working earlier in the day. She was last seen wearing a black t-shirt.

The Facebook group “Find Vanessa Guillen” has announced plans to do a peaceful action in front of Fort Hood on Friday, May 22, a month after her disappearance.

The group will be meeting at 3 pm at 1301 West Central Texas Expressway No. 200 in Killeen behind Shipley’s Donuts and they’re encouraging those who are interested to bring cardboard and markers for posters.

For more information, head over to their Facebook page.