Sam’s Club, owned by Wal-Mart, is following in the footsteps of Amazon Go Stores with their own version of an automated shopping experience.

After testing “scan and go” features in some Wal-Mart stores, the new technologically advanced store in Dallas is set to open soon. Customers can look forward to an ambitious new way of shopping without the use of any cashiers. Customers will scan their desired items on the shelf and pay for them using the Sam’s Club Now App, virtually eliminating the traditional checkout line. 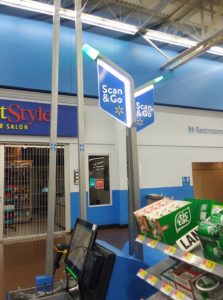 “There won’t be another club like it. It will be a mobile-first shopping experience powered by the new Sam’s Club Now app.” a blog post from the Sam’s Club website explains, “At its core, Sam’s Club Now will be a technology lab that doubles as a live, retail club. It’s where we will incubate, test and refine technologies to help define the future of retail.”

In an effort to keep up with the Amazon Go stores, the 3,200 square feet store will open in Dallas and mostly be devoted to the grocery side of Sam’s Club, focusing on meats, fresh foods, beer and wine, and frozen items. 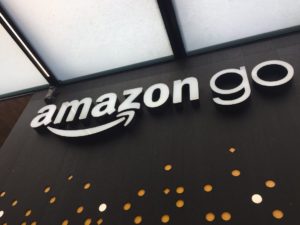 The Sam’s Club Technology team, including technologists from their Innovation Center in Dallas, have hinted at new capabilities that will make the store even more futuristic. Some of these fancy features will include electronic shelf labels that will instantly update prices, smart shopping lists powered by artificial intelligence programs, in-store navigation, and even augmented reality that can help customers find everything they are looking for.

The app’s “One-hour Club Pickup” feature will also allow club members to browse and purchase items for pickup, without physically being at the store.

Instead of Cashiers, the company has invented a new position for customer service representatives called a “Member Host” to assist shoppers with the store’s new tech.

“We’re putting Sam’s Club on the cutting edge of innovation in the warehouse channel. Using all available technologies – including computer vision, AR, machine learning, artificial intelligence, robotics, just to name a few – we will redefine the retail experience today and into the future!” the Sam’s Club website said.